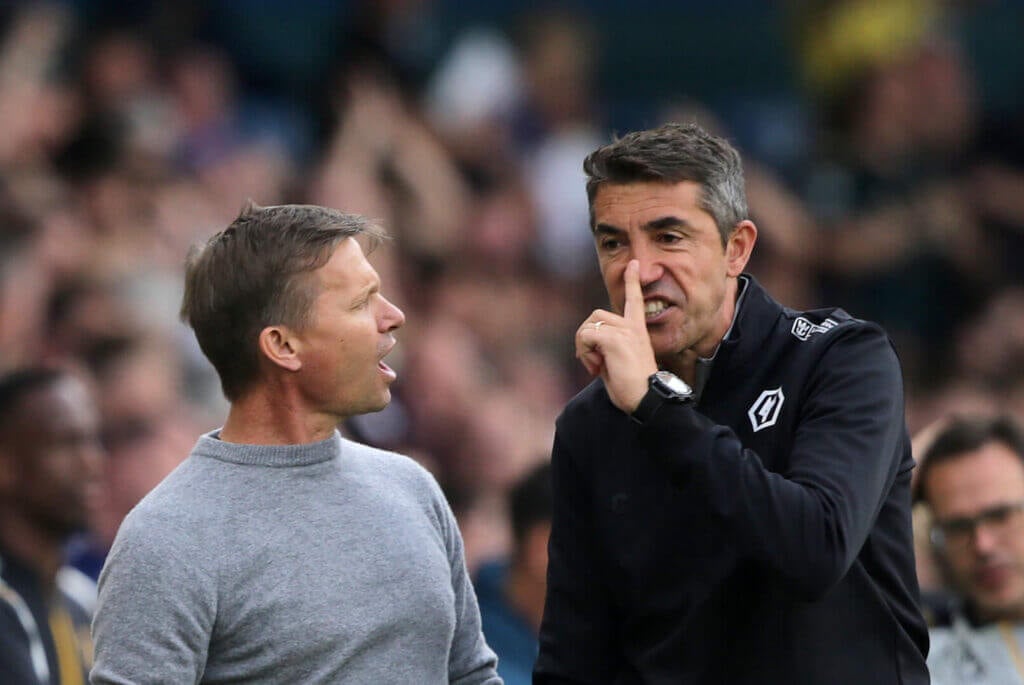 Wolverhampton Wanderers head coach Bruno Lage has lifted the lid on his confrontation with his Leeds United counterpart, Jesse Marsch, saying, “There are some things that you cannot say.”

Lage and Marsch had an angry exchange of words following Leeds’ 2-1 win at Elland Road on Saturday, with both coaches clearly unhappy.

“Nothing against the manager, they won and it was absolutely great,” Lage said.

“But there was a point in the first half when I heard something I didn’t like and I said that to him.

“When you come in the end and say, ‘Apologise’…

“There are some things, in my opinion, that you cannot say and I just said that and after that I didn’t listen.

“But the most important thing is that Leeds won so congratulations to the team, the players and the manager because we lived today an amazing moment with a great atmosphere and I’m here to play the game the way we want to play.”

Marsch too played down the encounter after the match.

The American was also asked about the similarities between Saturday’s confrontation and an incident between the two coaches at Molineux during Leeds’ 3-2 comeback win over Wolves in March, when a Raul Jimenez red card saw that game turn on its head.

“You could go back to Wolves away last year,” Marsch added. “It was emotion. I wanted to be respectful afterwards. But it didn’t quite go that way. But I’m okay and I think he’s okay.”

Wolves had gone 1-0 up on Saturday through Daniel Podence in the sixth minute. A 24th-minute strike from Rodrigo and a 74th-minute own goal from Rayan Ait-Nouri, however, saw Leeds win the match 2-1.

Marsch’s side travel to Southampton for their next Premier League match, while Wolves host Fulham.