CINCINNATI — Luke Fickell was asked the question many times this offseason, in just about every way possible: Have you taken time to reflect on what your team accomplished last year?

And Fickell’s answer was always the same: “Not really.”

That’s what Cincinnati’s head coach told me in early June when I interviewed him for The Athletic’s State of the Program season preview, and it’s the same thing he has told every reporter, colleague, friend and acquaintance since the Bearcats walked off the field in Dallas on New Year’s Eve. For good or for ill, Fickell freely acknowledges he’s not one to dwell on the past or linger too long in the moment, especially the celebratory moments. It’s just not in his ultra-competitive nature.

That extends to all manners of triumphs, whether historic, unprecedented runs to the College Football Playoff or offseason wins on the recruiting trail. Fickell and I were seated in his office for that June interview on a Monday morning after the Bearcats had just added eight commitments to the 2023 class during an official visit weekend. It sent Cincinnati soaring into the top five of national recruiting rankings at the time, earning the attention of the broader college football audience.

“I haven’t changed,” Fickell said that morning. “My wife just called and told me to make sure I reflect on this weekend and give thanks for it. And I said I did. I told our coaches they didn’t have to be in until 9:30 this morning.

“That’s why it’s good to have other people to help remind you that there are reasons this stuff happens and to enjoy some of it.” 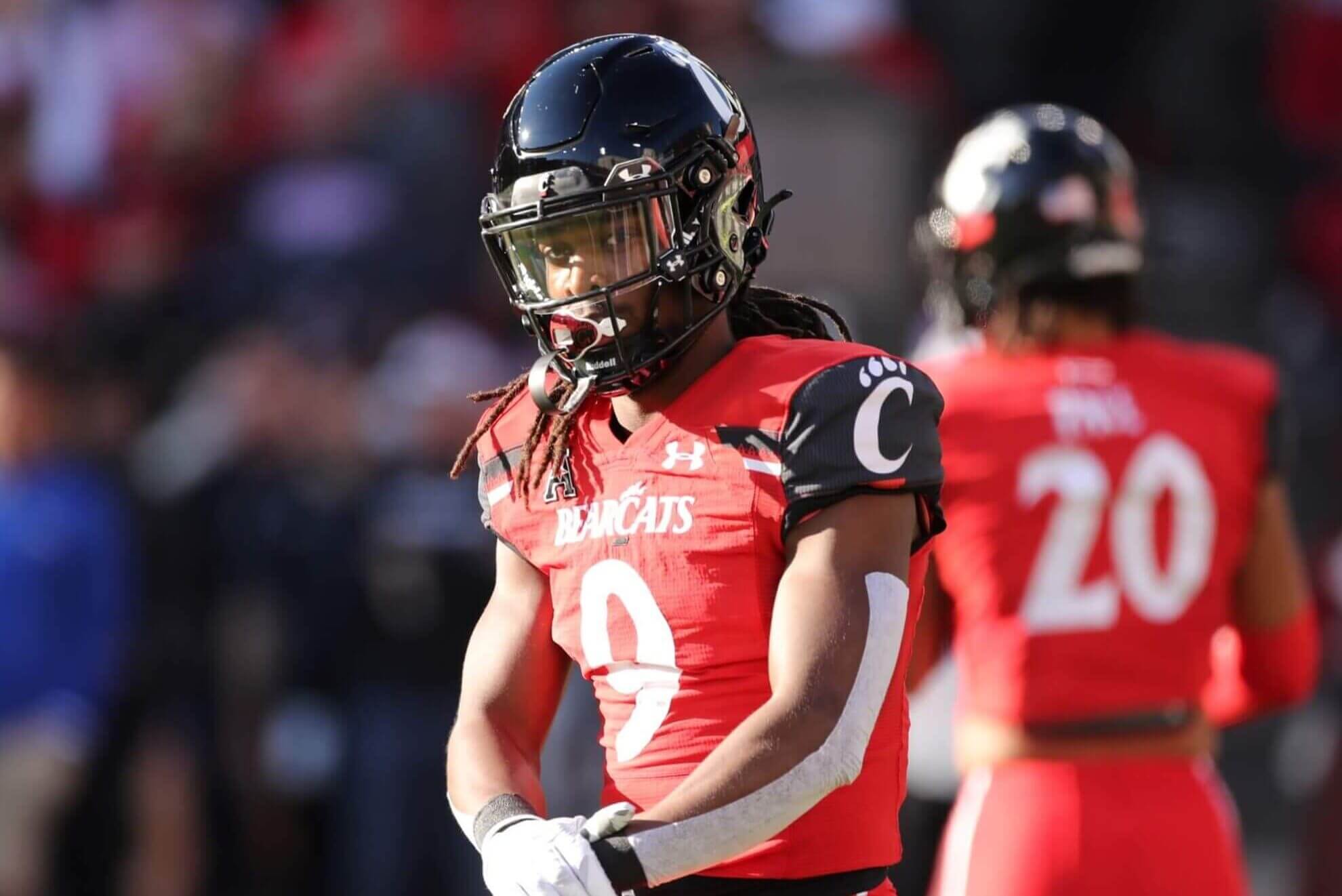 If ever there were a season to reflect on, bask in and cling to, it was 2021 for the Bearcats. The team entered the season with a top-10 ranking and almost impossible expectations, then proceeded to surpass every one of them on the way to becoming the first Group of 5 school to reach the CFP. The Bearcats even added a Big 12 invite along the way and had a program record nine players selected in the ensuing NFL Draft. It was without question the greatest season in the history of the program — and one that altered the landscape of college football in the process. You only get so many summers, so to speak, and the past 12 months were an experience worth savoring.

Fickell, however, is ready to move on.

“We tried to (move on) right when we came back,” he said Wednesday after the team’s first official preseason practice. “Everybody talks about what (last season) did for us, and the last two years we’ve been really, really, really good. The last four, to be honest with you. But the uniqueness of when you lose the last game, there’s still a little bit of that chip on your shoulder, that pit in your stomach.”

Cincinnati’s head coach spoke from the practice field of Sheakley Athletic Complex, sporting a black cutoff hooded sweatshirt boasting the phrase “Iron sharpens iron” as sweat rolled off his face in the sweltering heat. Wednesday’s workout was a brief on-campus primer before the team makes its annual move out to Camp Higher Ground in West Harrison, Ind., on Thursday for an old-school preseason getaway.

“We just have to be us,” Fickell added in regard to setting a fresh tone for the season. “We don’t know exactly what ‘us’ is just yet, but a lot of those things come to fruition as we get to Higher Ground and start to develop.”

Fickell, it should be noted, often has made clear he’s not looking to proselytize his forward-at-all-costs outlook. When I asked him about the trip to Mexico the UC coaching staff took in February as one of those chances to celebrate last season, he acknowledged it, while also acknowledging it wasn’t his idea.

“That wasn’t me; that was my wife,” Fickell said in June. “I wouldn’t have done it, but I don’t try to bring everybody with me into my sick world, either. So it was good to be able to go there and relax and have some fun.”

But that was February. Now the calendar has flipped to August, and Fickell’s “sick world” is hyper-focused on preparing his staff and roster for a season opener in Fayetteville, Ark., that is only a month away. Last season, as special as it was, is in the past. That’s Fickell’s dogma, and by extension, his team’s.

In some ways, it’s a necessary mindset for this group, one of self-preservation. Cincinnati likely won’t replicate the heights of 2021. The Bearcats have enough talent and an established culture to topple Arkansas on the road in Week 1, three-peat as American Athletic Conference champions and reach a third straight New Year’s Six Bowl, which would be quite an encore. But that will require thriving in the shadow of last season as opposed to being intimidated or overwhelmed by it. Fickell’s comments Wednesday echoed those of an opposing assistant coach I talked to this summer who believes UC is capable of that success, so long as the team remains true to itself and doesn’t constantly try to measure up to last year.

But Fickell’s mindset is mainly one of ambition. He and the Bearcats prefer the underdog narrative, to mine any outside doubt and make it gold. Fickell repeatedly has referenced Cincinnati’s development from a top-10 team to a top-10-to-20 program — “reload not rebuild” — and how critical 2022 is to that mission. The past two seasons can’t simply be an outlier. They have to be the standard.

It’s easy to crinkle one’s nose at those aspirations, particularly within the ever-shifting state of the sport. But it was easy to be cynical about Fickell returning UC to prominence or a G5 team making the Playoff, too. The Bearcats have made a habit of proving doubters wrong in recent years.

That has been the message all offseason, with Wednesday’s first official preseason practice serving as a public demonstration. It will be further underlined by the trek to Higher Ground on Thursday as Cincinnati ceremonially goes off the grid by literally loading up buses and shipping out to the eastern Indiana wilderness.

The Bearcats’ program will long be defined and empowered by what it accomplished last season, a collective feat worthy of continued appreciation. But Fickell is leading the way, and Higher Ground awaits.

The Passengers by Will Ashon review – voices of a nation