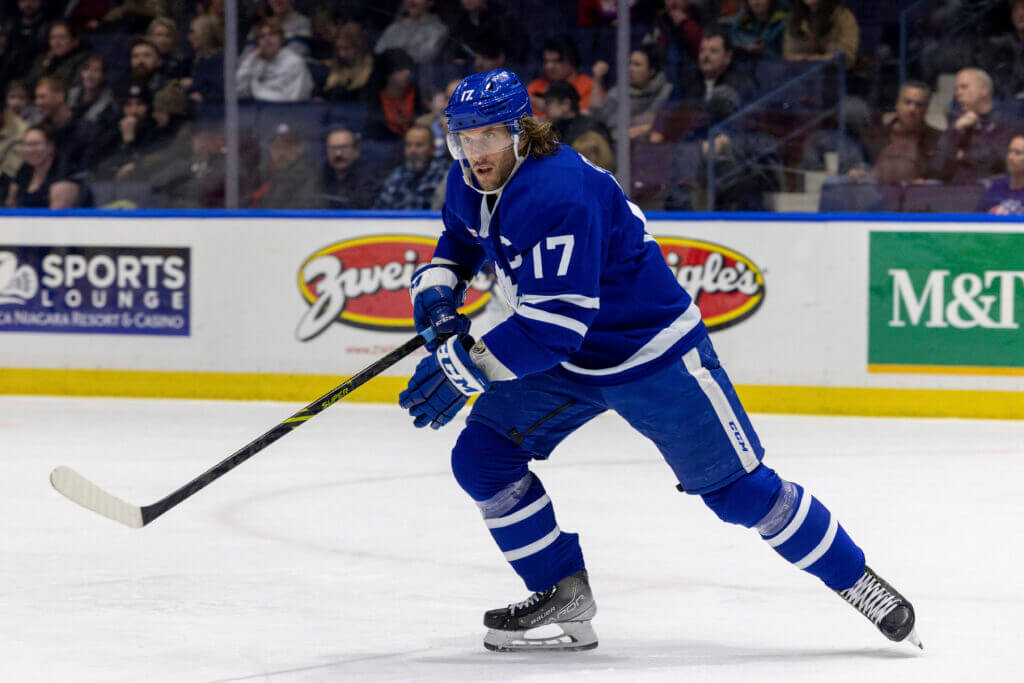 Rich Clune woke up on Thursday morning with the same goals he’s had as of late.

The 35-year-old well-respected Marlies captain and long-time pugilist went to Fortis Fitness in Toronto with his fiancée, Isabel, to work out, just as he has done multiple times a week this summer. He then met with his father to help him, as he is always keen on doing, in his work as a general contractor.

“Not very glamorous,” he joked.

And yet Thursday was not a day like any other for Clune. Instead, it brought the end of Clune’s professional hockey career, which began in 2007, as he officially announced his retirement.

“I always tried to play as hard as I can so that when this moment did come, I had no regrets,” Clune told The Athletic. “And I’m really proud to be able to say that.”

The goals Clune had when he woke up on Thursday, namely, improving himself and helping others, will make the transition from his playing career to what comes next a natural one. Clune will begin working as a member of the Maple Leafs development staff on Aug. 15.

Over the last few months, Clune has been weighing the decision to retire. A conversation with Jason Spezza last summer, who also retired from the Leafs this summer to become special assistant to Leafs general manager Kyle Dubas, helped Clune at least in part come to peace with his decision to retire. Spezza encouraged Clune, who was signed to a one-year AHL contract this past season, to play the season by “leaving it all out on the table.”

And he did. Clune looked energized throughout the season, scoring four goals and 12 points, the most since his first season with the Marlies in 2015-16, while also leaning into his role as captain and being a guiding voice for young players more and more.

Clune was a player who never ran away from the physical side of the game. In the final game of his career on April 30, he went out with a bang, fighting against Belleville Senators forward Scott Sabourin.

When the end of this season came, Clune said he felt physically as if he could return to professional hockey. But emotionally? A different story.

“I was evaluating my emotional state of being and trying to see that if the possibility of not playing professional hockey was going to come up, how would I react? Over the course of the last two months, I wasn’t losing sleep. It wasn’t keeping me up at night,” said Clune.

Clune was perhaps surprised not to find himself feeling “sad or depressed” at the idea of not playing anymore.

“And I guess that’s an indication, right?” he said.

Slowly, throughout the summer, which included a vacation to Hawaii when he proposed to Isabel, he made the decision to retire.

Yet stepping away from the game entirely wasn’t an option for Clune, who lives in Toronto’s East End.

“Ultimately, with my love for Toronto and my love for the Maple Leafs and the Marlies organization, I just didn’t want to go pursue playing in another city or country,” he said.

“But honestly, every single day I got to come to the arena, I tried to cherish every moment,” he said. “I’ve met so many people along the way from in every area.”

Clune’s transition to the player development staff is part of a continued effort from the Leafs to bring recently retired players into the organization, be it Spezza or assistant general manager Hayley Wickenheiser, who Clune will work closely with in his new role.

Clune has served as Marlies captain for the last two seasons. His propensity to make himself available to young players and hold lengthy conversations has become well-known at the Coca-Cola Coliseum.

Clune was able to share the experience he built through a sneaky-long career. After being drafted in the third round in 2005 by the Dallas Stars, he made his professional debut at the tail end of the 2006-07 AHL season with the Iowa Stars, playing one game.

After spending the next two seasons in the AHL and the ECHL that saw him traded to the Los Angeles Kings organization, Clune would make his NHL debut on Feb. 11, 2010, and then get in his first NHL fight two days later, against then-Colorado Avalanche winger Cody McLeod.

He would spend the majority of his time with the Kings organization in the AHL, becoming one of the league’s most feared fighters, amassing 253 penalty minutes in 56 games in 2011-12.

Yet it was during this time that Clune battled well-documented alcohol and substance addiction, saying in 2018 that “From the age of 19 to 23, I did as much cocaine as I could.”

When he was claimed off waivers by the Nashville Predators in January 2013, he had his longest NHL stints, leading the Predators with 166 penalty minutes in 2013-14 despite only playing 58 games that season.

After being signed by the rebuilding Leafs ahead of the 2015-16 season, Clune spent 15 games with the Leafs. In his first Marlies season in 2015-16, his gloves didn’t stay on much as he totalled 146 penalty minutes in 49 games. Yet from that point on, his time spent in the penalty box decreased.

When the AHL introduced a rule ahead of the 2016-17 season that would see players suspended with their 10th fight of the season, a rule aimed to decrease fighting, Clune’s penalty totals were impacted. From 2016-17 to 2018-19, his average penalty minutes per game dropped every season, and by the time he played his last game as a Marlie, his penalty minutes-per-game totals never again hit the heights they did when he came to the organization, or even beforehand.

But it was a change Clune didn’t run from.

Some of the people closest to Clune, whether it be then-Marlies head coach Sheldon Keefe or Clune’s agent, Rick Curran, helped Clune “channel” his interest to drop the gloves into becoming more effective playing between the whistles instead.

There were times this last season when Clune’s offensive instincts were far more noticeable than they were in past seasons. While it can be difficult for older players to make changes to their game, that was a trap Clune never wanted to fall into. He became fascinated with how different players approached the game and wanted to offer his own experience to any curious young players.

“Hockey is evolving at a rapid pace,” said Clune. “Every day, it’s changing. And it’s a different game than it was when I entered the scene. I’m fortunate that I was surrounded by people that helped me and allowed me to stay in the game and at the level I did.”

Being able to adapt to a changing game is a skill, and that’s part of what could make Clune a valuable piece for the Leafs development staff.

But it shouldn’t be assumed that Clune’s role will see him targeting young Leafs prospects and helping them understand how to become more physical players.

While Clune will indeed work with players in on-ice sessions as part of his new role, what could also benefit young Leafs prospects is his openness about mental illness and how to improve a player’s own mental health.

Mental health was one of the focal points of the 2020 documentary about him, “Hi, My Name is Dicky.”

And if he is able to help young Leafs prospects better understand mental illness, he could end up making them more well-rounded people and players.

“I was fortunate enough to be coached by unbelievable coaches over my years. And so I’ve just been able to absorb a wealth of knowledge from every single person I’ve been around and I think in the immediate future, I’ll just try to work as hard as I can and try to rub off on the players,” said Clune

His goal, as always, is to continue to stay a “student” and learn more both about the changing game of hockey and improve himself.

Same as it’s always been.

“I think as leaders improve, your organization and the players have the ability to improve,” said Clune. “So I just want to continue to work on myself and then just be of service to anyone who I have the privilege to work with.”