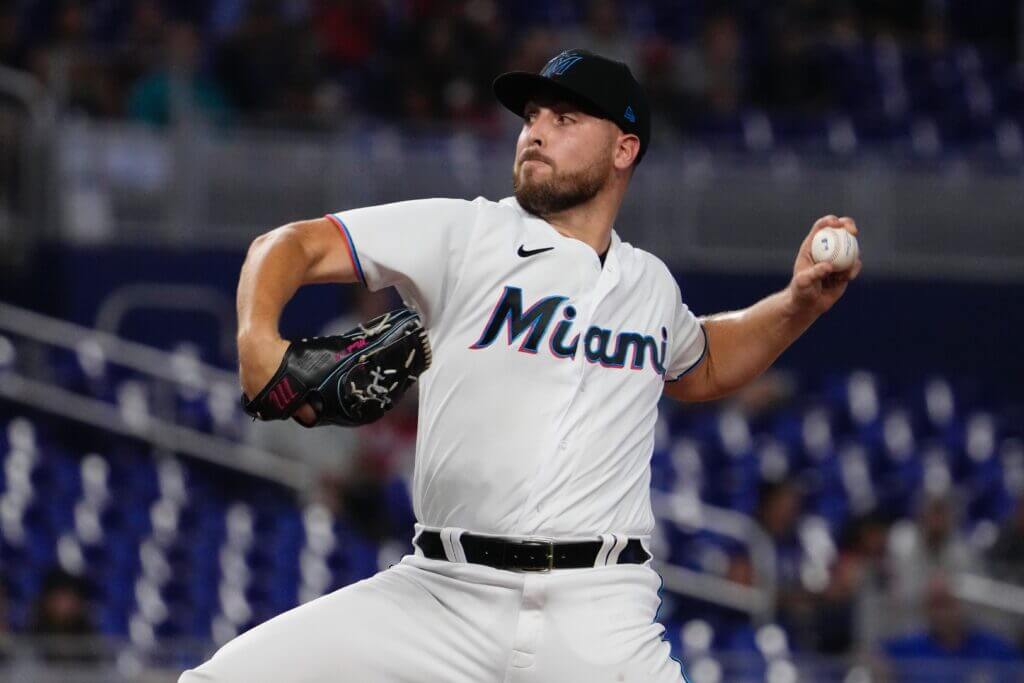 Marlins lefty Daniel Castano, who had just returned to Miami’s rotation, was hit in the face by a 104.3 mph line drive in Cincinnati on Thursday. The ball ricocheted off Castano to third base, where Joey Wendle caught the ball for an out.

Castano fell to his knees on the mound and Miami’s catcher, Jacob Stallings, ran out to check on him, followed by manager Don Mattingly and the Marlins’ training staff.

Castano walked off the field and left the game. The Marlins said he suffered a bruised forehead and a mild concussion. His CT scan came back normal. Castano will continue to be evaluated, the club said.

Donovan Solano, the Reds batter, walked over to check on Castano before he departed.

After the game, Castano, who had a bandage on his forehead, spoke to reporters and said he “saw the ball the whole way” in “slow motion” but couldn’t move quick enough to avoid taking the hit.

“It just kind of went black for a second,” he said. “It wasn’t a whole lot. I kind of came to when everyone was around me. I think the first thing I asked was, ‘Did we get the out?’ Just making sure everything was all right. I still wanted to compete and be in that game, but you know, just not sure really what happened. I looked at my hand, and there was a little blood.”

CT scan came back normal for Daniel Castano after a 104 mph comebacker caught the brim of his cap before his forehead. #Marlins pic.twitter.com/2WqhQisvxB

Solano wasn’t available for comment after the game. Reds manager David Bell said he gave Solano the option to leave the game, but he wanted to stay in.

Castano, 27, is in his third season with the Marlins, a swing arm with six starts and three games finished this year. He held a 3.86 ERA entering Thursday.

China and Taiwan: what’s behind the tensions – in 30 seconds | China

What really happened on board the Nave Andromeda? – podcast | News