Armed with two first-round picks on Thursday night, the Memphis Grizzlies came away from the draft with Jake LaRavia out of Wake Forest, David Roddy out of Colorado State, and Danny Green.

But the way they did it was a little unconventional.

The Grizzlies moved to No. 19, giving the Minnesota Timberwolves Nos. 22 and 29. They selected LaRavia with the No. 19 pick. Then, they traded De’Anthony Melton to the Philadelphia 76ers for the rights to Green and the No. 23 pick.

Their vision was clear. With LaRavia and Roddy, the Grizzlies are working their roster around the margins, drafting two multi-dimensional forwards who they feel can complement Ja Morant and Desmond Bane. They are both older prospects who are physically ready for the NBA. They are both players from relatively humble beginnings, who have proven to develop over the course of their respective careers.

In the space below, we will handicap both selections. Strengths and weaknesses. Fit and summary.

Does a little of everything offensively. He’s a good shooter with size. He’s an outstanding passer, who can dissect defenses if you give him the room to. He’s able to get out in transition and finish. He knows how to play off guys with usage, which bodes well for his fit with Ja Morant and Desmond Bane. He has a terrific basketball IQ, makes quick and smart decisions with the basketball and is a solid all-around offensive player. His fit with the Grizzlies, you can see the vision. He’s someone who will serve as a floor spacer for Morant and Bane. And Memphis needs more shooting in order to open the floor for its best players. He’s really one of the more well-rounded offensive players in this draft, and projects as a nice value pick for a Grizzlies team that needs some complementary offense.

LaRavia is not a terrible defender, but he’s not a great defender, either. He’s probably best described as a good team defender. He’ll come up with steals and blocked shots in help-side defense. He makes good rotations, and generally exists well within a team concept. But his lack of lateral mobility will make him vulnerable in isolation situations. Because of that, there is some question as to how playable LaRavia would be in a playoff setting. The good news is Memphis has plenty of plus defenders, and terrific rim protection, which should help shield him some. Also, LaRavia is a tough and competitive kid. He’s not someone who backs down from a challenge, which means he’ll work to improve defensively.

The fit in Memphis

LaRavia is a unique prospect. He shot 38 percent from 3-point range at Wake Forest this past season and did so on volume. He shot almost 80 percent from the free-throw line. So, he’s a good shooter. But, he doubles as a terrific passer, one who averaged almost four assists a night. And he triples as a very good vertical athlete, who finishes plays above the rim. He’s really someone who can do a lot of things offensive in different ways. One thing the Grizzlies lacked this season: credible offensive play from the wing spots. It’s one reason Memphis selected LaRavia. It’s another reason it selected David Roddy (more on him below).

It may take a year or two for LaRavia to hit from a rotational perspective. But, Memphis is betting that he will find his way there. He’s someone who has a chance to become one of those role players that every championship-level team needs. 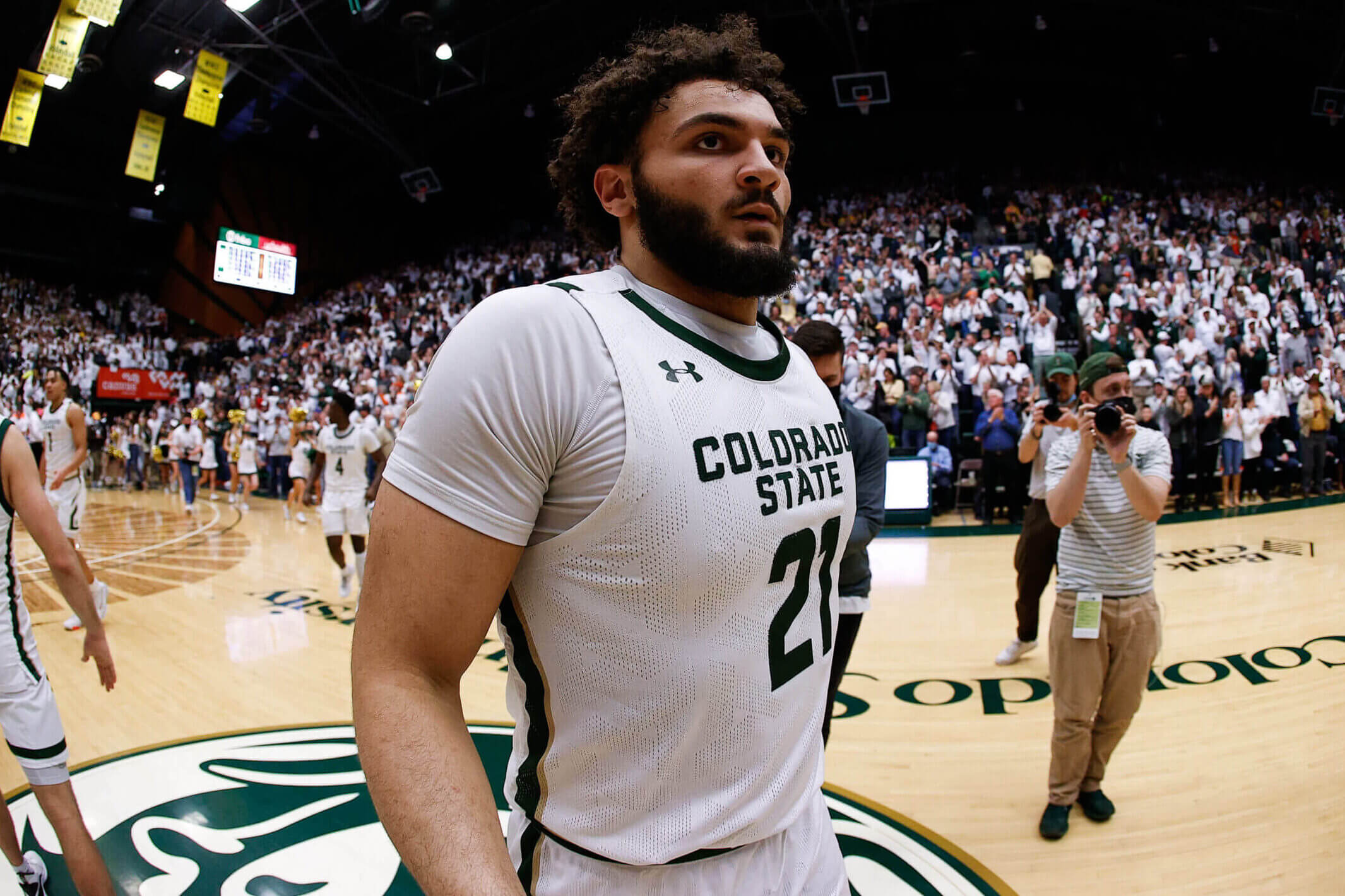 He’s one of the more unusual prospects in the draft. He’s 6-foot-5 and 260 pounds and built like an NFL tight end. But, conversely, he’s one of the best athletes in the draft. He plays well above the rim and has more vertical explosion than he should at his size. He will remind onlookers of Utah Jazz forward Eric Paschall with his ability to play above the rim at his size. Unlike Paschall, Roddy is a terrific shooter, who shot 43 percent from 3-point range last season at Colorado State. He handles the ball well in the backcourt and in transition. His ability to pass the ball means you can play through him in mid-post sets. He shot 57 percent from the field and is a plus rebounder on both ends of the floor, one who is an expert at carving space with his size.

One would think someone of his size would be vulnerable defensively, but Roddy moves his feet extremely well in space. He’s super tough and competitive and carries excellent intangibles as a leader. He’s someone who makes his teammates better and someone who should fit in well with Memphis.

Roddy was terrific offensively at Colorado State. It remains to be seen if he can be anywhere near as efficient and effective against the size and length he is going to see at the NBA level. Collegiately, Roddy was able to overpower opponents with his strength and size. He won’t be able to do that in the league. So, he’s going to have to develop some counters offensively.

His viability and upside as a pro depends on his jumper translating to the NBA. If it does, he’s a more athletic version of Boston Celtics forward Grant Williams. Because Roddy is a very good ballhandler for his size, able to attack closeouts and create separation off the dribble in tight quarters. It becomes tougher for him if the jumper doesn’t travel.

Defensively, Roddy will never be a rim protector. But, his ability to move in space is going to keep him viable on that end. There’s also a question of what position he is going to play. He probably projects as a power forward who can play small-ball center because of his stretchability. The good news? Williams proved emphatically that he is good in playoff basketball. Roddy is arguably more talented than Williams at the same stage of their respective careers.

The fit in Memphis

With the Grizzlies having to deal with Kyle Anderson’s free agency, Roddy could potentially have a nice opportunity to contribute right away. He’s another tough kid that they drafted who plays a physical brand of basketball, and another guy that has a chance to develop as a two-way prospect.

Roddy was a bit of a surprise. Many had him pegged for the second round. But, honestly? I see it. When you get to a spot where the Grizzlies are, you are aiming for the last pieces of a puzzle that’s already mostly put together. Memphis clearly feels it is at the point where it can draft a fit to its roster.

Monaco in talks over loan move for Leicester’s Boubakary Soumare