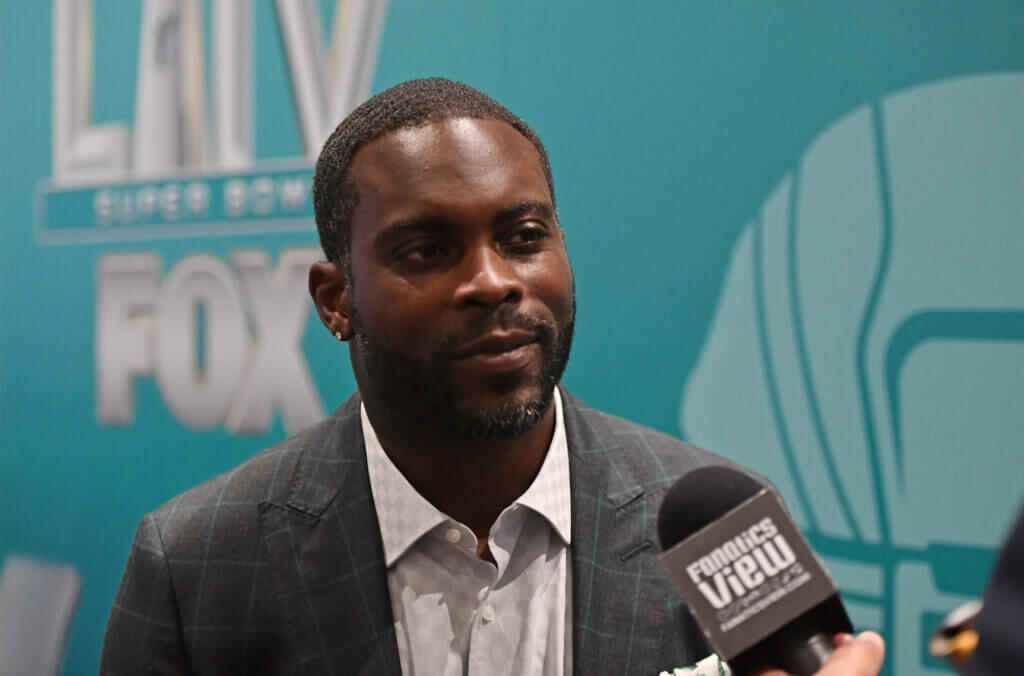 FLOWERY BRANCH, Ga. — Former Falcons quarterback Michael Vick returned to the team’s practice facility for training camp Wednesday and said it “felt different” driving through the gates as a broadcaster. His most noteworthy comments may have come when he was asked what team’s offense he would’ve liked to run if he was still playing today.

“The offense Tom Brady is running in Tampa. Pass first,” he said.

Vick, of course, was known far more for his speed and scrambling ability as an NFL quarterback, particularly in his first six seasons with the Falcons. The general belief is that he wasn’t utilized more as a passer because his legs were a great weapon, he struggled early to read defenses, and he wasn’t as accurate in a short passing attack as coaches wanted him to be. But Vick, now 42 years old, said that perception “frustrated” him.

Here are excerpts from an interview with Vick, while he stood on the sideline during a Falcons practice. He was in town doing some video production with the Falcons:

On visiting training camps as a broadcaster: I tell my wife I’m preparing like I’m a journalist, even though I didn’t major in that, and it wasn’t my profession. This was my profession — (playing) professional sports. But it’s amazing to be in an arena that was foreign territory and to grow into a role and understand it now and how to prepare for it. I certainly appreciate Sundays, Mondays and Thursdays more.

Thoughts on being at the team’s practice facility: It certainly feels different coming through the gates. A lot less pressure. I’m not coming in trying to execute during a third-down period or a red-zone period. But it’s amazing to come in and see the young guys busting it, trying to become great at what they’re doing. I appreciate that part of it. … When I walked through these doors, it brought back so many memories. The hardest thing I’ve done today is this interview. It’s so refreshing to be around people and coaches talking about the game. People I have a lot of respect for. It’s gratifying.

We have a legend at camp today

On the Falcons’ quarterback duo of Marcus Mariota and Desmond Ridder: It’s definitely Marcus’ job. Marcus should be the starter. I would think he’s the starter. Desmond will have to do some amazing things to overcome that. At the same time, he gets the chance to sit back and learn from a veteran and have a ton of experience. With Marcus at the helm, this team should be in good shape on offense. He’s the ultimate dual-threat. He can bring some different elements to the table.

On what Ridder is experiencing as a rookie: I haven’t really had a chance to watch him, but a lot of young quarterbacks who come into this league are a lot more game-ready than back when I started out. If he’s soaking it all in every day, and more importantly making mistakes and learning from them, and learning as he sits back and watches, the speed will catch up with him.

On whether he misses playing: I miss football. But I get my fix when I get to come out to training camps and analyze it on a weekly basis (with Fox Sports). I don’t miss getting hit. I did like getting hit when I played. But you should expect that 20 years later.

On whether his speed and mobility opened doors for today’s quarterbacks: I felt like I couldn’t change, and that really paved the way. I was a little frustrated. I wanted to be a passer early and throw the ball a lot more than I ran. But I had success, and you can’t argue with that. I wouldn’t change a thing. I wouldn’t change my teammates, wouldn’t change my coaches. It was an amazing experience. I probably fell short on different occasions, but this platform set me up for a lot of success in life.

Republicans have a new way to censor books, and it might just work.