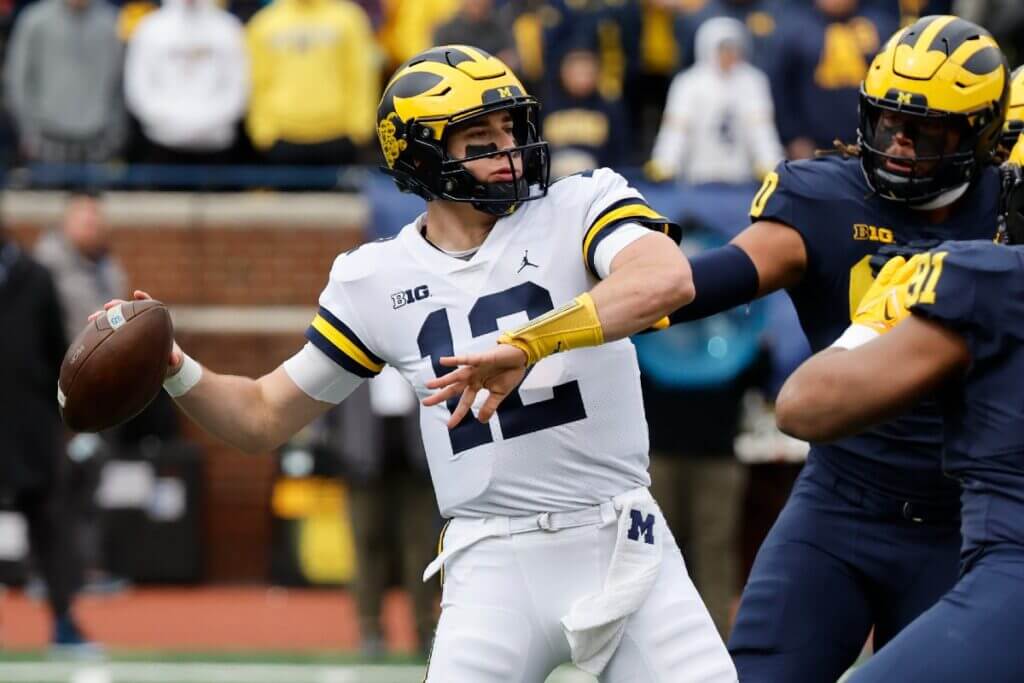 The Michigan Wolverines have named their starting quarterbacks for the first two games of the 2022 season, according to a statement from coach Jim Harbaugh on Saturday. Cade McNamara will start against Colorado State, while J.J. McCarthy will be the starter versus Hawaii.

“Coming out of camp, I just feel like we have two quarterbacks, Cade McNamara and J.J. McCarthy, that we feel very confident that we can win a championship with either of those two behind center,” Harbaugh said.

After the Week 2 matchup against Hawaii, Harbaugh said the team will make a decision going into Week 3 on who will be the starting and backup quarterback.

We love: Fashion fixes for the week ahead – in pictures