We have seen different sides of Miguel Cabrera over the past few years. A bit more pensive, occasionally more open, more accepting of his age, his place in history and the idea that this magnificent career will not last forever. But never before has Cabrera talked quite like he did Thursday in the Tigers clubhouse.

The pain in his right knee is getting worse, and he’s not sure what the future holds.

Certainly a notable change in tone. At the end of a difficult 2020 pandemic season, for instance, Cabrera was adamant he planned to play through the duration of his contract.

“I have three more years on my contract,” he said then. “And I am going to play them.”

Near the end of last season, he admitted the chronic pain in his right knee was bothering him. But he expressed no doubts about being able to push through it. “Two years, that’s it,” Cabrera told ESPN. “My right knee is really bad. … I’m going to play for two more years. I think that’s enough.”

Thursday in Detroit, it was different. Cabrera smiled as reporters approached his locker. He took a few steps forward to meet the small media contingent, not exactly his typical modus operandi. He knew this was coming, almost like he wanted to get a few things off his chest.

That right knee? It has not gotten better. He talked about it shortly before the All-Star Game, a reason he had no intentions of trying to participate in the Home Run Derby, a reason he has only four homers this year. The pain is simply too great for Cabrera to push off his back leg at the plate.

“I don’t feel well right now,” Cabrera said. “I try to do whatever I can to go out there and play. But I don’t feel very good right now.”

Wednesday, Tigers manager A.J. Hinch said Cabrera is likely to get more scheduled off days the rest of the season. Mostly, a way to manage the pain. “I’m obviously very concerned, because with his age and how much he’s played, there’s no real resolution other than you fight through it,” Hinch said.

With such a plan comes a natural curiosity. What does this mean for next year?

For the first time, Cabrera expressed some doubt. He seemed as uncertain as the rest of us. 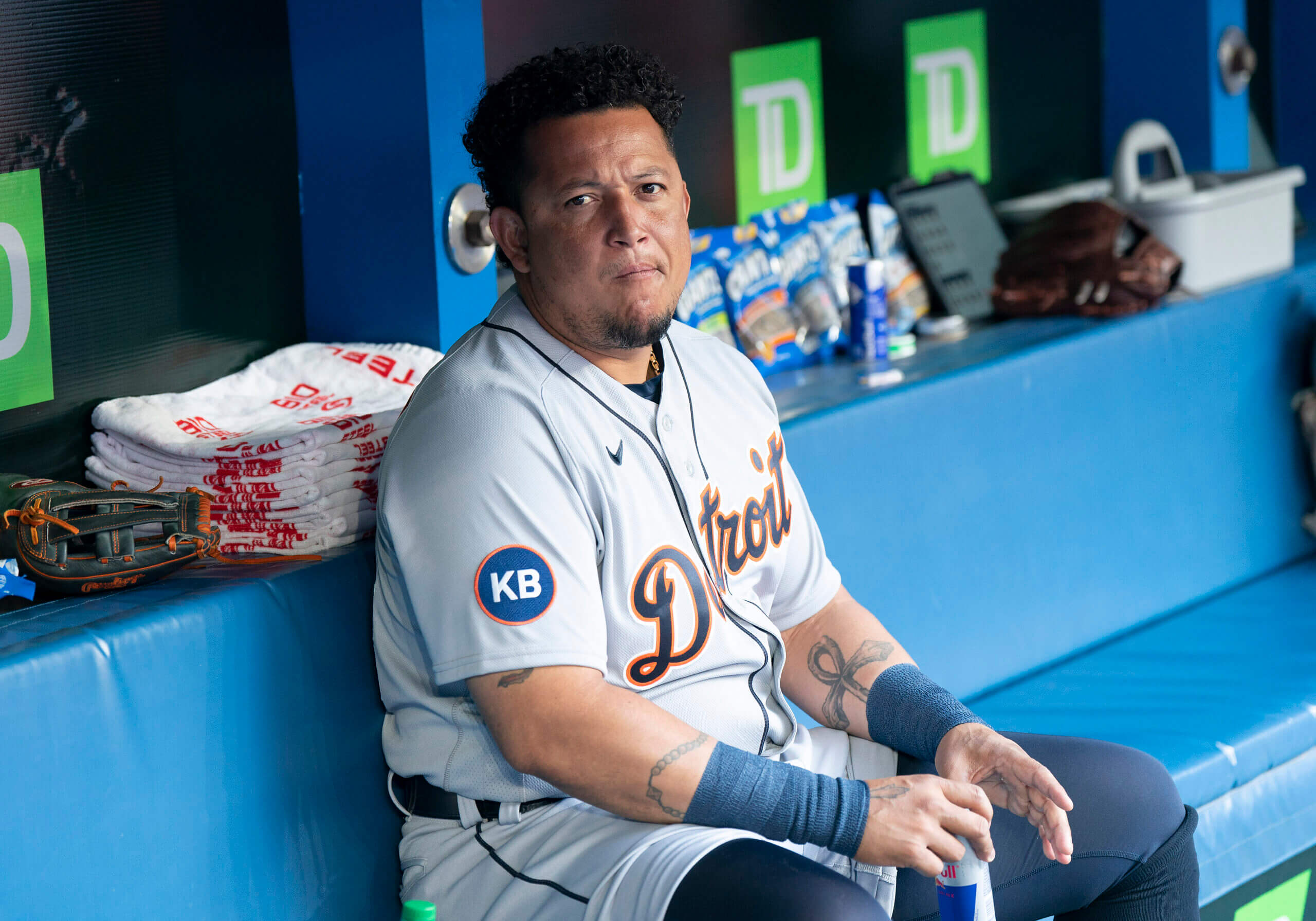 This day for so long seemed inevitable, especially after Cabrera was diagnosed with a chronic knee condition in 2019, one doctors said surgery could not correct. It was simply a consequence of age and years of wear and tear on a large body, a result of Cabrera playing through injuries in the prime of his career, when he was the best hitter in baseball and the Tigers were postseason contenders.

The uncomfortable question about how this all ends has always lingered in the background, even when Cabrera belted his 500th home run and notched his 3,000th hit, even when his batting average sat at .308 as he earned an honorary selection to this summer’s All-Star Game.

Cabrera is making $32 million this season and is set to make $32 million again next season, the final year of his weighty contract. He technically has vesting options that would allow for two additional seasons if Cabrera were to finish in the top 10 of MVP voting.

For years now, he has been below replacement level as a designated hitter. Yet he has still found ways to contribute through the pain, reinventing himself as a contact-oriented master of singles to the opposite field. As of Thursday, he is still hitting .324 with runners in scoring position this season.

But less than a month after that All-Star selection, the pain has clearly set in. Cabrera is hitting only .132 over the past 20 games, nine hits in 68 at-bats. We’ve seen him grimace after a few odd swings. We’ve seen him lumber down the first-base line and back after too many weak groundballs, clearly feeling the aches worse than before.

“When I swing, when you see me hitting a lot of ground balls to the right side, it’s because … of the pain,” Cabrera said.

And so now Cabrera and the Tigers must figure out what is ahead. Hinch and Cabrera have had open communication. Hinch said they have not yet broached the topic of the future. But they seem very much on the same page about the rest of this season. They wanted to make sure it was properly conveyed to the fans. Cabrera will play every other day through the weekend. His playing time is likely to remain sporadic for the rest of the season. He talked of hoping to do some exercises that could help his knee in the meantime.

The Tigers don’t view a stint on the injured list as a solution, but if the pain continues to be too much, it’s possible Cabrera could go on the IL.

“If this continues into later in the month,” Hinch said, “I think we’re gonna have to consider it.”

It’s a shame how much has changed in a short time, watching Cabrera’s batting average fall from .308 to .271. Only a few weeks ago, the Tigers presented Cabrera with commemorative artwork celebrating his 3,000th hit, including a bat adorned with portraits of each member of the 3,000 hit club. It felt like Cabrera might be able to have a graceful finish to his career after all.

Now we’re again confronting the realities that come with watching a great in the twilight of his career. Cabrera entered this season talking of how much he wanted to win again in Detroit. It has not worked out that way. Cabrera admirably played through pain and found ways to contribute. He remained a presence in the Tigers’ lineup even though his power is so greatly diminished.

But in reality, it’s been a slow decline for a long time now.

It’s too soon to call this the end for Miguel Cabrera. He was calm, open and realistic Thursday. But the tone of his words was solemn nonetheless. Strange, hearing an all-time great wonder how much more his knee can take.

“I don’t think about next year right now,” Cabrera said. “I think about trying to finish healthy this year.”