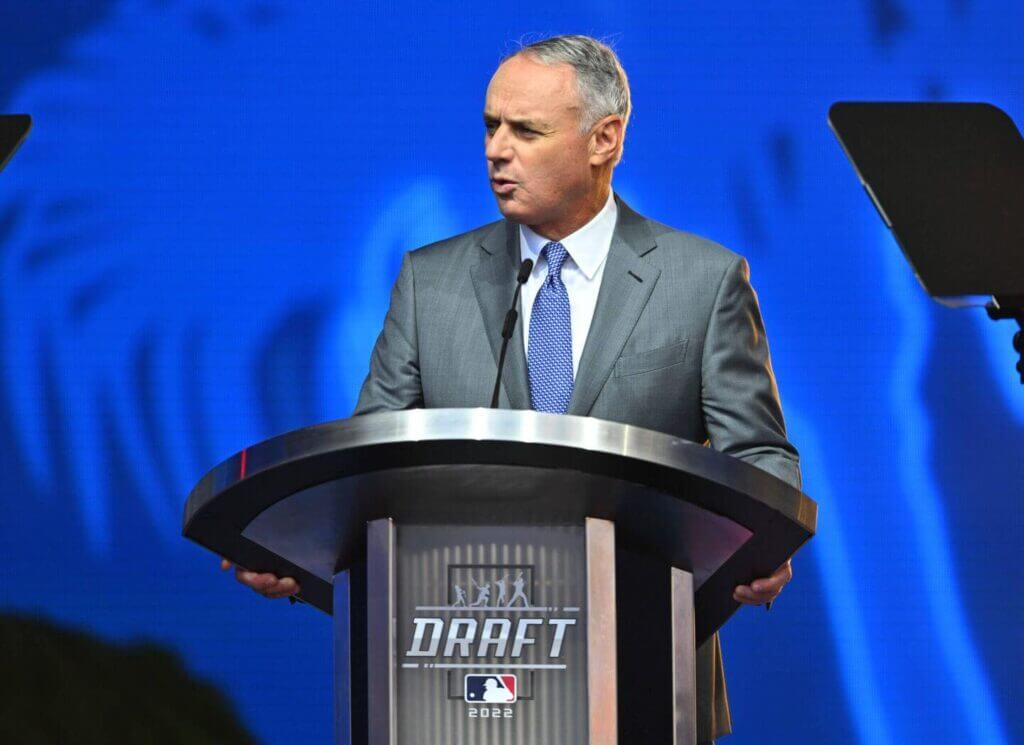 There will be no international draft and the qualifying offer remains in place. Major League Baseball and the Players Association could not reach a deal Monday, a deadline the sides set in March to determine whether the sport would institute an international draft for the first time.

A key trade-off for players would have been the elimination of the qualifying offer, which often negatively affects the markets of the best players. But the issues attached to the negotiation were complex and layered.

In January, The Athletic’s Ken Rosenthal and Maria Torres reported an in-depth story on the corruption in the international amateur signing process, particularly in the Dominican Republic and Latin America. One of the problems is early deals, agreements teams and players make before a player reaches the minimum age required to formally sign, 16. An international draft would likely have ended many of those early arrangements, at least for the best players taken at the top of a potential draft.

But questions persist as to whether MLB sufficiently policed early deals in recent years, and whether it wanted to.

“They want it screwed up, so the teams will say it’s screwed up and that they want to change,” one club official told Rosenthal and Torres. “It’s like an NHL fight. They just let it go.”

Said MLBPA executive director Tony Clark in March: “Those challenges are largely associated with those that are cutting the checks. In other words, it takes individuals engaging in the corruption that we see for that corruption to happen. What I have said, and what this organization has said, is that what we see internationally is not a system issue as much as it is a people issue. And so whether there’s a draft, or there’s not a draft, there are going to remain issues that they’re going to need to be addressed.”

“We have spent literally — literally — millions of dollars investigating allegations of misconduct, we have disciplined clubs,” Manfred said. “This goes back to when Sandy Alderson first was in the commissioner’s office. Our efforts to rein in corruption in the Dominican have been ongoing and legion. It’s easy to say that it’s people that cut the check, that they’re engaged in corruption. But, you know, somebody’s taking the check, right?”

The sides made differing proposals on matters like educational allowances for signees, compliance monitoring and what time of year a draft would be annually held. The MLBPA proposed creating a non-profit, the “International Player Development and Human Rights Foundation,” that would, in part, “study the extent to which the scouting and development of international amateur prospects complies or fails to comply with internationally recognized conventions on human rights.”

As is always the case in bargaining, economics figured in heavily. A change from the current system, in which teams have to compete with one another to sign players, to one where there is no competition between teams, is a material change in process, and a desirable one for owners.

Among the differences in both sides’ final positions:

Speaking prior to the All-Star Game last week, Clark said the union would have interest in continuing to discuss potential changes without a draft.

“There’s no doubt that there can continue to be dialogue,” Clark said. “And what’s fascinating is, if there’s no deal to be done on an international draft, we made a proposal during bargaining that did not include an international draft, that was focused on addressing the corruption. … There’s an opportunity to have that conversation for the exact reason that you’re raising it. There hasn’t been as much of an interest in having that conversation to this point, it has simply been draft, draft, draft without much of a focus on the other things that could otherwise be done. But in the event that we don’t find common ground, we’re willing to have a conversation about how to address those things.”

The league said in a statement on Monday:

“MLB worked to reach an agreement with the MLBPA to reform the international amateur system in ways that would address longstanding challenges and benefit future players. We are disappointed the MLBPA chose the status quo over transitioning to an international draft that would have guaranteed future international players larger signing bonuses and better educational opportunities, while enhancing transparency to best address the root causes of corruption in the current system.”

According to an MLB official, if the union has further ideas, the commissioner’s office is willing to discuss them.

Was this an actual final deadline? Or are they still talking?

Evan Drellich, senior writer: As of now, there’s no indication that the sides plan to continue to talk about a draft. MLB billed its most recent offer, delivered Sunday, as final. The caveat is that they can always change their minds and attempt to re-engage, but there’s no reason to think that’s likely right now.

Is an international draft off the table for good?

Drellich: No. Certainly during the next round of bargaining, when this five-year CBA expires following the 2026 season, it’ll likely come up again, if not sooner. The owners have wanted an international draft for a long time, and the international amateur process is one that both sides agree could use some form of revision.