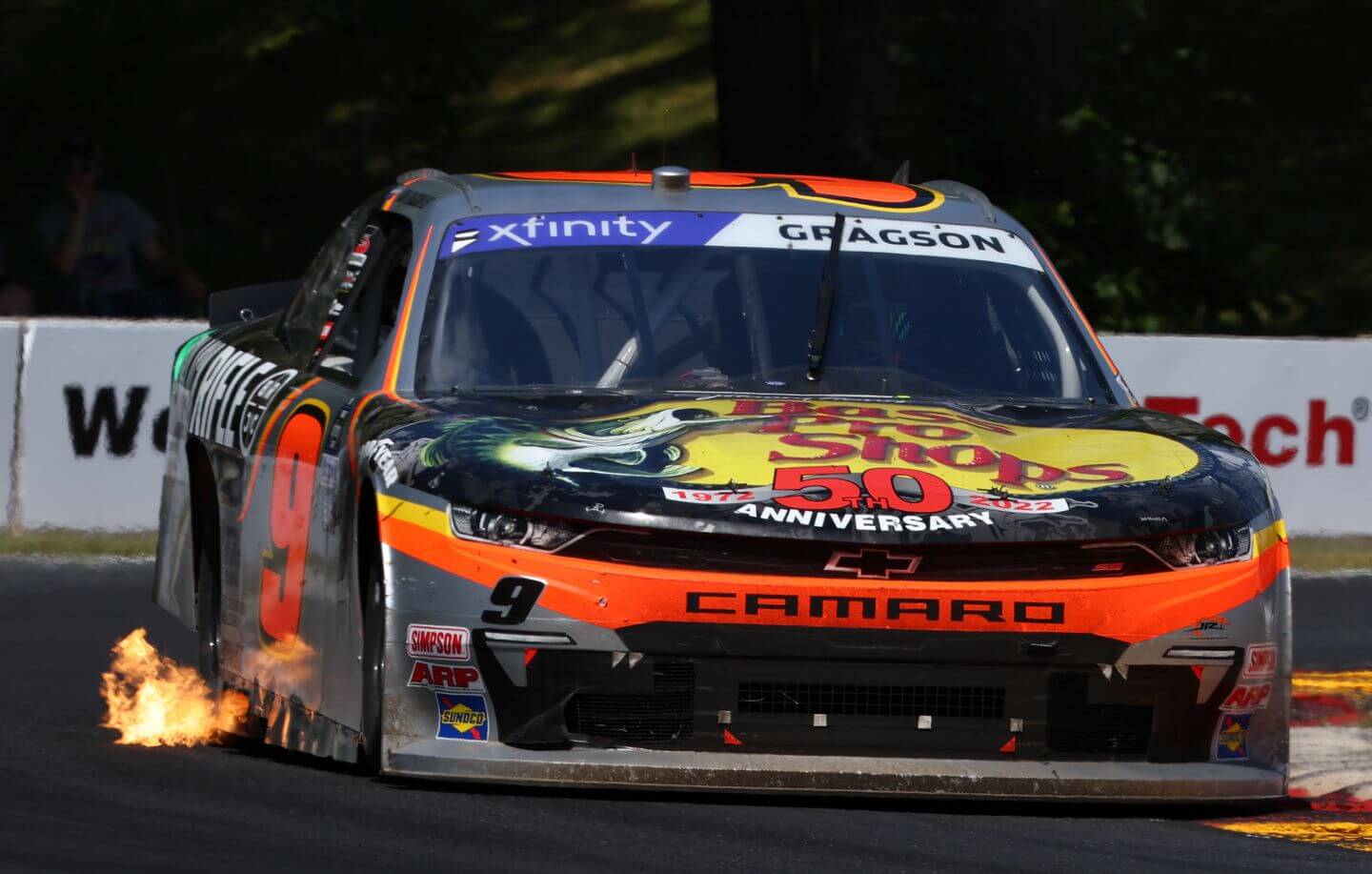 NASCAR did not penalize Gragson during the race and he went on to finish in the eighth position. The decision to not penalize Gragson generated considerable backlash and on Tuesday a NASCAR official told SiriusXM NASCAR Radio that the incident was under review and NASCAR could still take action after the fact.

On Wednesday, Gragson acknowledged to SiriusXM that he “made a mistake” and that “there’s most definitely going to be a penalty.”

“What I would do differently is try and keep my temper or aggression and keep that under control and try and remain cool, calm and collected,” Gragson said. “There’s a bigger picture than retaliating or getting Sage back for the multiple times that he doored us.

Dale Earnhardt Jr., Gragson’s team owner, told SiriusXM on Wednesday he was “just completely shocked” by Gragson’s decision to turn into Karam and that he could not defend this behavior and that he was surprised NASCAR didn’t penalize him.

“I was shocked, to be honest with you, when I saw Noah make that decision,” Earnhardt said. “I was just completely shocked and in a bit of disbelief not only that he made that choice but that he, you know, that it created such an accident and got so many other guys involved.”

Gragson and Karam initially made contact as they raced for position into Turn 1 on Lap 26. Unhappy with Karam, Gragson retaliated on the same lap by deliberately veering into the side of Karam’s car while they raced down a straightaway, causing Karam to go off course and kicking up dirt and dust that significantly limited the visibility of drivers behind them.

Among those involved in the incident was Brandon Brown, who slammed into Tyler Reddick’s car that had turned sideways. Brown was shaken up and after removing himself from his car sat on the ground for a few minutes to catch his breath. All drivers involved were evaluated and released from the infield care center.

“Unfortunately, he let his emotions get the best of him today,” Karam told NBC Sports after the crash. “I’ve seen that with him. He walks around like he’s like the big man on campus around here and everything, and then he does stuff like that. It’s just not a good role model that he is.”

Throughout Gragson’s career he has often been under fire for his actions on the track, though over the past year that criticism has largely subsided. Earnhardt is among those who’ve recently praised the 23-year-old driver for his increased maturity, saying Gragson has evolved into a driver worthy of a ride in the Cup Series.

Gragson is a two-time Xfinity race winner this season and is regarded as one of the favorites to win the championship. He’s also made six Cup starts this season with a best finish of 18th. Earnhardt told Gragson mistakes like the one he made at Road America was hurting his chances of securing a fulltime Cup ride.

No tags, please, we’re hiking: is Instagram so bad for the great outdoors?