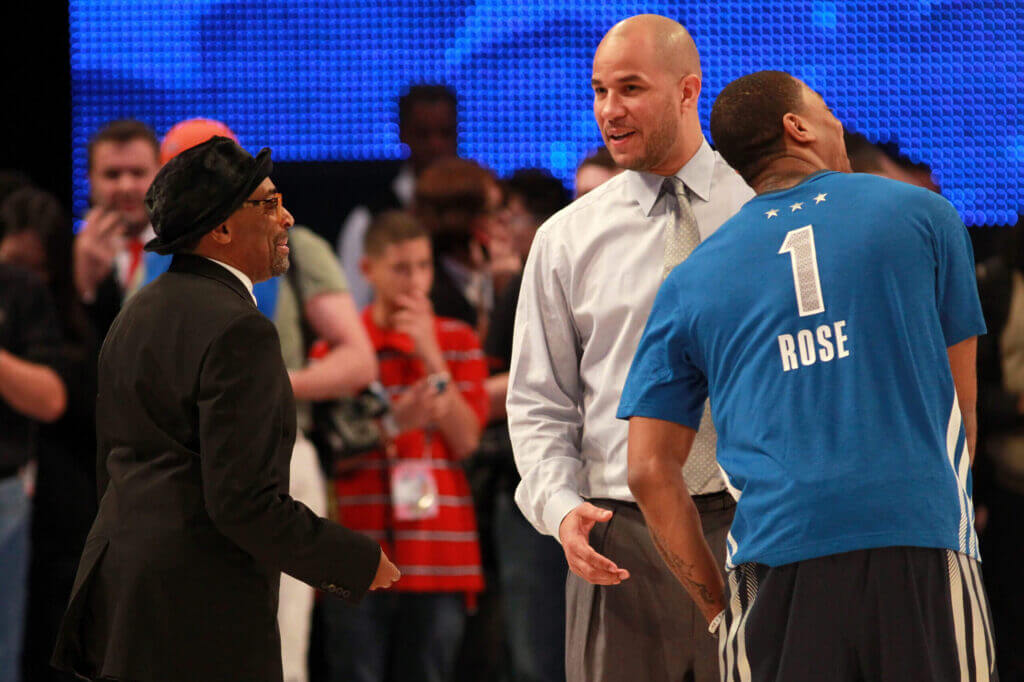 There are blurred lines between Jalen and Rick Brunson, the latter of whom the Knicks hired as an assistant coach in June. Surely, a dad should be allowed to speak to his son about career advice.

There are blurred lines between Knicks president Leon Rose and Rick Brunson, as well, considering Brunson was one of Rose’s first-ever clients back in Rose’s agent days. The Roses and Brunsons, from Leon’s and Rick’s generation down to the next one, have been close family friends for decades.

But motives, not just relationships, will come into play as the league gathers evidence. There is nuance to this investigation on both sides.

The NBA is officially investigating the Knicks for their free-agent recruitment of Jalen Brunson, a source confirmed to The Athletic earlier this week. Yahoo! Sports was the first to report the news.

Brunson, who spent his first four seasons with the Dallas Mavericks, officially signed a four-year, $104 million contract with New York in July.

The league will look into the Rick Brunson connection. It will try to decipher how much, if any, contact occurred before the Knicks could legally speak to Jalen Brunson or his representatives about a contract, and it will look into who made that contact. News about the Knicks and Brunson coming to an agreement became public before teams were officially allowed to speak to free agents.

There is a four-year-old quote from NBA commissioner Adam Silver that I have been thinking about since this news came out. At a 2018 news conference, a reporter asked Silver about a Magic Johnson tampering charge from earlier that season, when Johnson made public comments about Milwaukee Bucks star Giannis Antetokounmpo, and why the league chose to penalize Johnson, who was running the Los Angeles Lakers at the time.

“There is not always a simple, bright line,” Silver said. “As I’ve said before, context is everything. … It’s not that I can say, here’s the simple rule. I think it’s a little bit you know it when you see it, and in this case, ultimately, I’ll take responsibility for it. We thought in the context of things that have gone on this year, in that case, Magic had crossed the line.”

The NBA can penalize for tampering based on only the proof it finds in an investigation, not what it believes occurred behind closed doors, but there are different ways to interpret evidence.

One thing the league will look into is why the Knicks hired Rick Brunson. He has longtime ties to Thibodeau, whom he worked under with the Chicago Bulls and Minnesota Timberwolves. The hire, of course, could have come merely because Thibodeau wanted a familiar, trusted face on the bench, especially given the recent history of Knicks coaches.

When the Knicks first hired Thibodeau, the front office brought in three prominent assistants to help lead his staff: Johnnie Bryant, Kenny Payne and Mike Woodson. But over the past two years, Woodson and Payne have both departed for jobs with their alma maters, Indiana and Louisville, respectively. The Knicks hadn’t replaced them. Head coaches hire assistants who worked for them elsewhere all the time. Maybe that’s all bringing in Rick Brunson was.

But again, there’s nuance. The whole league knew the Knicks were about to pursue Jalen Brunson when the Knicks hired his dad, so suspicions arise. The league will search for proof of why the hire happened and what the organization’s motives were.

The NBA could collect email or text correspondences between necessary parties. Other elements will come into question. What is Rick Brunson’s salary, for example? And how does it stack up against other assistants around the league? The Knicks hired Rick away from a high school coaching job in New Jersey. He resigned from his assistant gig in Minnesota in 2018 after allegations of improper conduct toward women in the workplace.

When did the Knicks know they were hiring Rick Brunson? Stefan Bondy of the New York Daily News reported in April that he was a possible hire. That report came three weeks before ESPN’s Tim MacMahon published a story that quotes Rick discussing Jalen’s free agency, as well as the prospect of the Knicks.

Recent precedent says the NBA’s go-to penalty for tampering is the loss of a team’s next second-round pick. The Miami Heat lost a second-rounder this past season after beginning negotiations on a sign-and-trade for All-Star guard Kyle Lowry before they were allowed. The Chicago Bulls suffered the same penalty after starting sign-and-trade talks for point guard Lonzo Ball earlier than they could, as well.

But as I wrote two weeks ago, when I deemed the chances of an incoming investigation “excellent,” the league does not view the loss of a second-rounder as a blanket penalty. If it uncovers evidence of tampering it believes to be particularly egregious, it can lay a harsher punishment.

The NBA may find that everything here was above board. It may find it wasn’t. It may discover something that could seem otherwise dicey but decide that it’s not crossing a line when it’s a father and son doing the talking. No one has any idea what will happen, yet. The investigation is just starting.

But this is more nuanced than simply allowing a father and son to chat about their futures, just as it’s more nuanced than penalizing the Knicks purely because they hired a sought-after free agent’s dad or because reports of a new Jalen Brunson contract came out before 6:01 p.m. on June 30 inside a league when signing after signing rolls out one second after the free-agency clock dings. Certainly, teams and players aren’t setting records annually for the speediest negotiations in the history of business.

But there’s that saying … It’s a little bit you know it when you see it.

Adam Silver’s words. Not mine.

This goes beyond just finding proof. It’s not like the Lowry or the Ball sign-and-trades, which blatantly began early between people who had no business speaking. The NBA has to conclude an investigation and then if it sees it and if it knows it.

Sailor survives for 16 hours in capsized boat off Spain