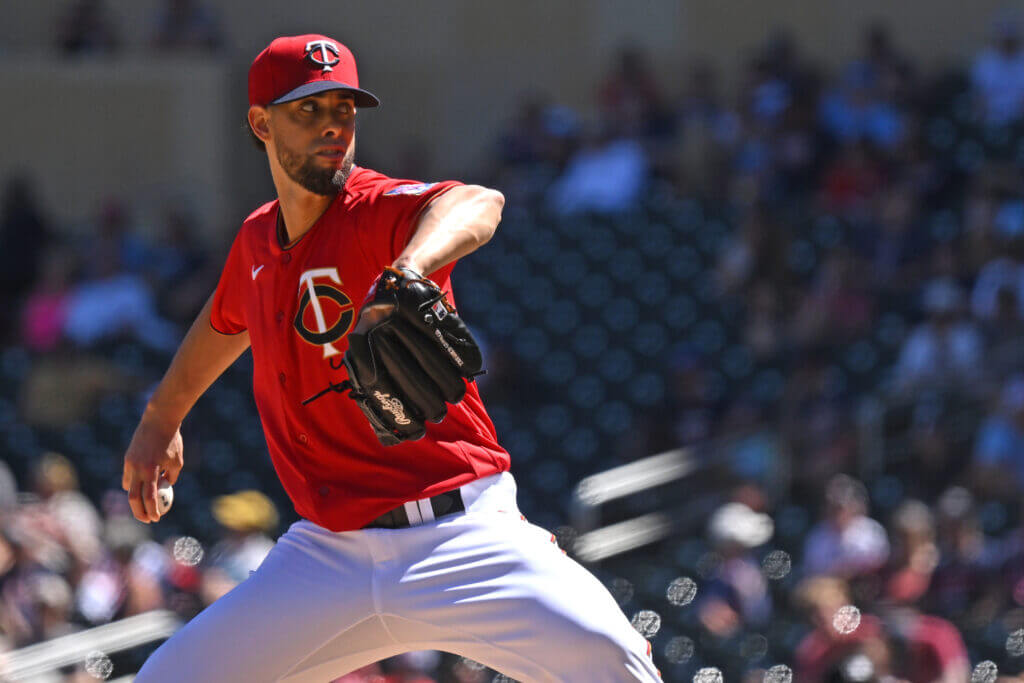 Where once he’d been cruising, Joe Ryan hit a snag in the fifth inning on Wednesday afternoon.

After yielding two singles while striking out seven through four frames, the Twins’ rookie pitcher hit two batters and allowed an RBI single in the fifth. With brilliant swing-and-miss stuff still working, Ryan escaped the jam with a one-run lead, striking out two more batters to do so.

But with the Twins ahead, his retooled bullpen fresh and the team’s lead in the American League Central dwindling, manager Rocco Baldelli opted for the bullpen. Baldelli didn’t hesitate to turn to a relief corps suddenly teeming with options, and his relievers rewarded him.

Though he undoubtedly could have pitched longer, Ryan had no complaints.

“Pretty exciting to watch,” Ryan said. “It was like having a cheat code coming in with some video game players and they got it done. Pretty electric.”

Even as their bullpen woes bit them repeatedly this summer, Twins players have remained confident. They were frustrated when the bullpen blew five leads in the eighth inning or later in eight games against Cleveland but kept their cool.

They maintained the same stance on July 6, a contest that saw the Chicago White Sox rally to tie the score three times before walking it off in the 10th inning. And again last week in Milwaukee.

One reason for the players’ assurance was they believed the front office would eventually improve the bullpen. They had to. By adding a few quality arms, the Twins could solve one of the team’s biggest shortcomings by providing Baldelli with more trusted options for the late innings.

While the Twins waited until Tuesday’s deadline to complete the task, president of baseball operations Derek Falvey and general manager Thad Levine’s crew did just that.

The action began Tuesday morning with a trade for López, the All-Star closer from Baltimore who’s in the midst of a breakout campaign. A starting pitcher until 2021, López ditched his four-seam fastball and instead focused on his two-seam fastball/curveball combo, which resulted in saves in 19 of 23 tries and a trip to Los Angeles for the All-Star Game.

During All-Star week, López was lockered next to Buxton, who openly joked that the Twins would try to acquire the reliever at the deadline.

After completing a blockbuster trade for starting pitcher Tyler Mahle mid-afternoon, the Twins then added Fulmer, the 2016 AL rookie of the year who has flourished in two seasons in Detroit’s bullpen. They believe the slider specialist, who has 27 holds and 16 saves the past two seasons, is another perfect fit for the late innings.

The additions pair perfectly with a good group of holdovers, including standout rookie Jhoan Duran and second-year pitcher Griffin Jax. By adding Fulmer and López, the Twins push everyone into different roles.

“You have a lot of different directions you can go in,” Baldelli said. “We have a path to the ninth inning, and then we have someone to throw the ninth inning. Having all those different options gives you a few places you can go. You don’t end up sitting there and think, ‘Well, we have to pitch these four guys today no matter what.’ We have guys that have experience, we have guys that have great stuff. We can attack guys. We’re not out there trying to trick them sometimes. We can go right at them with guys with really good stuff. That’s all you can ask for.”

Save No. 1️⃣ with the #MNTwins

Prior to Tuesday, the Twins’ formula if they had a lead was simple. Everything revolved around Duran, who has been electric this season.

Jax, who’s also emerged in his first season as a reliever, would handle the sixth and seventh innings while Emilio Pagán and Tyler Duffey often tried to bridge the innings until Duran could take over. Veteran reliever Joe Smith, who was designated for assignment late Tuesday, also pitched in some setup spots as did Caleb Thielbar and Trevor Megill.

But if Duran was unavailable, which has often been the case as the team lets him acclimate to his new role in the bullpen, the Twins had to mix and match and do whatever they could. Occasionally, that led to situations like June 30, where veteran reliever Tyler Thornburg was asked to record six outs to close out a game at Cleveland (he surrendered a walk-off, two-run homer to Andrés Giménez).

Now, the Twins’ options are plentiful.

“It allows a few guys to maybe settle into some different roles that could really help us,” Falvey said. “Jhoan Duran, obviously, has been great for us pitching toward the back end. Can he now be a more multi-use option for Rocco toward the back in the games and some other spots with Jorge and where he can slot in? Michael has obviously pitched toward the back end of games and been really effective, too. So we feel like now that allows for Tyler Duffey and Griffin Jax and Emilio Pagan and everybody else to kind of slide into different roles. And I feel like it’s really going to fit us well down the stretch.”

Those fits have the Twins a little more at ease. Ryan was in awe of the firepower that came in behind him on Wednesday and had the trust the bullpen would protect the lead.

“Feels fresh again,” Ryan said. “I think the All-Star break helped everyone out. Energy is consistent, guys feel great. Fun to watch. Spice it up a little bit.”

Buxton can sense it, too.

Perhaps the confidence comes from watching Fulmer cruise through his inning before Thielbar, Duran and López did the same. López’s was the most impressive of the bunch as the team’s newest specialist shook off any stress and retired the side in order on seven pitches.

“Everybody kind of has a little bit more peace of mind, and know their role a little better,” Buxton said. “I’m glad to have them over here. They’ve got a lot of good stuff. They compete. … They know how to get down and dirty when crunch time comes. So like I said, there’s no panic.”

Especially from Baldelli. He likes his new toys. And if he sees a starter start to scuffle in a tight game, Baldelli has the confidence in the team’s relievers.

Closing out a victory after a five-inning start is not the challenge it was 36 hours earlier.

“We saw some guys with some electric stuff,” Baldelli said. “They made good pitches. They threw the ball the way they wanted to. We saw some elite sliders from Fulmer. We saw López go out and have as dominant and clean of an inning as you want to see. It’s exciting to turn the ball over to those guys, let them do their thing out there.”

Steelers QBs coach on Mitch Trubisky, Kenny Pickett and the competition so far