With less than a fortnight to go until the transfer deadline, there is hope at Newcastle United that two deals — preferably permanent, rather than loans — are still there to be done.

Since their early moves for Nick Pope, Matt Targett and Sven Botman, it has proved a frustrating window at St James’ Park as the club seek to enhance their attacking options but there is some important context to be considered. The overall feeling? A slow burn, but we are getting there.

What do they still require? The hardest positions to fill: offensive, creative players. Ideally, someone young and versatile who can cover the forward positions — Callum Wilson, their first-choice striker, has long-running fitness concerns — and offer some width.

They are also looking at midfield, where Jonjo Shelvey, the team’s best passer, will be absent for the first half of the season after surgery on a hamstring injury.

They also have specific requirements and specific limitations; they want players who will immediately improve their squad while bringing down its average age.

This means they have to be smart. They have their valuations and will not shatter a wage bill which sees their best-paid player earning in the region of £100,000 a week, and they cannot offer transfer targets Champions League, or indeed any European football.

The latter point is not one which has been discussed too often in relation to Newcastle in recent years.

At this stage, the club must present their vision to players because tangible success is not there yet. Botman, who has been on the bench for the Netherlands but is yet to win his first cap, and Bruno Guimaraes, their Brazil international, are prime examples of who they are trying to sign: stars of the future, they hope, who will rise in value but are ready to play now.

They had hoped Hugo Ekitike would be another, but after a drawn-out courtship, the France Under-20s striker instead left Reims of France’s Ligue 1 for that competition’s serial champions Paris Saint-Germain. That was a blow — Newcastle had done a lot of groundwork — but better to lose the player now than question his commitment later.

They feel the same way about a number of the speculative enquiries they made in January, including Dele Alli before he moved from Tottenham to Everton. Amid all their frenetic activity, it seems that was a good one to miss.

Character has become a huge part of Newcastle’s story, with Eddie Howe, the head coach, said to be particularly stringent about the type of people the club are signing.

Howe is fundamental to the whole transfer strategy, having the final say on all incomings and outgoings, and he has repeatedly steered the club away from deals that might enhance the first team’s talent but potentially jeopardise its spirit.

The “long-term” contract extension Howe signed two weeks ago is another strand of this, giving him and his family security and cementing Newcastle’s identity for detail, diligence and steady growth. “Family,” has a dual meaning here. It might seem unusual when the club is majority-owned by the Public Investment Fund of Saudi Arabia with all its vast wealth and the controversy that comes with it, but tight, interlocking personal relationships between key figures at the club are another selling point.

Buy-in, alignment, togetherness; these are the qualities which took Newcastle away from the bottom of the Premier League last winter and into the spring, which repaired a fractured relationship with the supporters and which continues to fuel them now.

One related note. Remember those bonus disputes which lingered on under Mike Ashley’s ownership and caused friction with players? A new bonus structure has now been agreed and is in place, with everybody incentivised to reach the same targets.

They are continuing to make calls on players. After failed approaches for, among others, Everton’s Anthony Gordon and James Maddison of Leicester City, they have recently had two bids rejected by Watford for 20-year-old Brazilian striker Joao Pedro, the second for £22million ($26.2m) plus £3million in add-ons. It remains to be seen if they will try again. 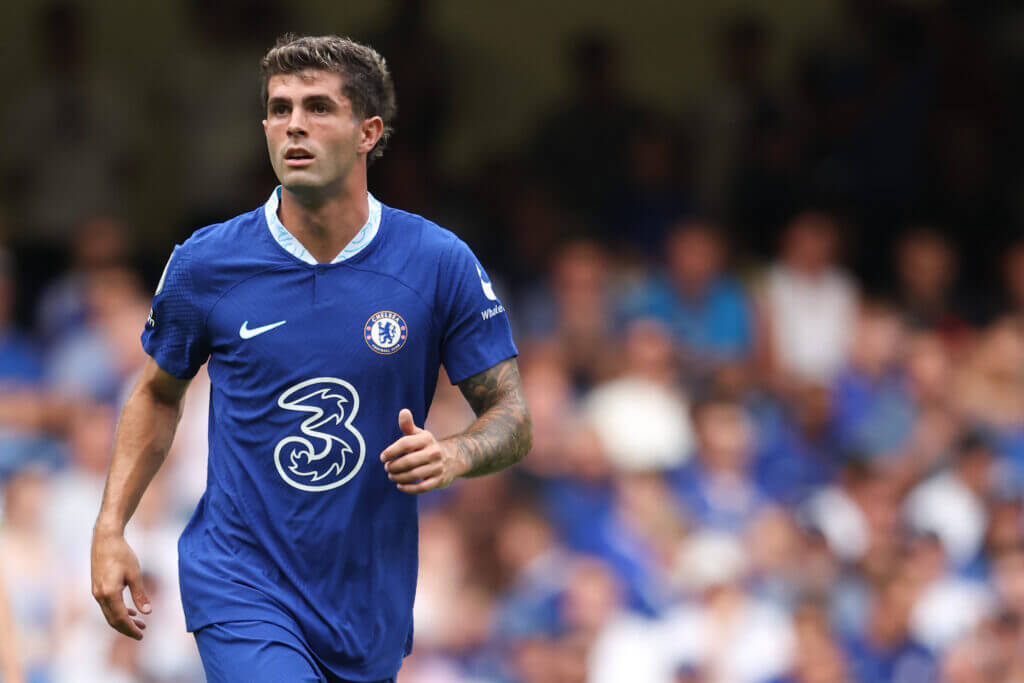 They have also asked Chelsea to keep them informed about attacking players in their squad who might become available.

Amanda Staveley and Mehrdad Ghodoussi, the Newcastle co-owners, were guests of Todd Boehly, the new Chelsea chairman, for the game against Tottenham at Stamford Bridge on Sunday and although the invitation was a social one, sources in London have suggested Conor Gallagher, Armando Broja and Christian Pulisic, who is also wanted by Manchester United, were all mentioned.

Newcastle are analysing everything to the nth degree, but fees are not even half of it; they must persuade clubs to sell in the first place, convince players to come, agree wages and deal with agent fees.

The bigger picture at Newcastle is one of transformation, on and off the pitch.

In terms of mood, ambition and atmosphere, they are unrecognisable from the dismay and discord of the Ashley era. In terms of personnel, it is similar; Darren Eales will soon begin his role as chief executive and will work alongside Dan Ashworth, the sporting director, the board of directors and Howe.

Suddenly, they are a serious proposition.

In the two post-takeover transfer windows, Newcastle have already committed to spending around £150million on seven senior players. In the previous two, they only borrowed and then bought Joe Willock of Arsenal for £25million.

Having failed to win any of their opening 15 matches in all competitions last season, they have collected four points and kept two clean sheets from two this time around.

Everywhere you look, there are differences.

Of those seven new signings, five were already familiar with the Premier League and four are English. Two arrived from Burnley, one from Aston Villa and the other from Brighton (as did Ashworth). While avoiding relegation was the only priority last season, there has been a conscious decision to build on the squad and the ethos Newcastle already had and to encourage players to grow with them.

In January, Howe split his time between training and his telephone, effectively filling in as a director of football. Working closely with Steve Nickson, the head of recruitment, Staveley, Ghodoussi and fellow co-owner Jamie Reuben were heavily involved in transfers; Staveley dealt directly with Villa chief executive Christian Purslow over Targett, while Ghodoussi and Reuben put the hard yards in over Botman.

Ashworth’s appointment has rejigged things again. His role is about far more than new players – all footballing matters at the club come under his remit – but he is keen to make his mark and has taken the lead, for example, in talks over Maddison and Pedro. His style is said to be methodical, diligent and, yes, process-driven, a favoured phrase at the new Newcastle. He will be supported.

Encouragingly, Newcastle are no longer viewed as easy pickings in the transfer market by other clubs.

The message that they will not be suckered into paying over the odds has been received clearly (they were quoted £50million for Botman in January but ended up paying Lille closer to £36million for him last month). The speculative calls have stopped. 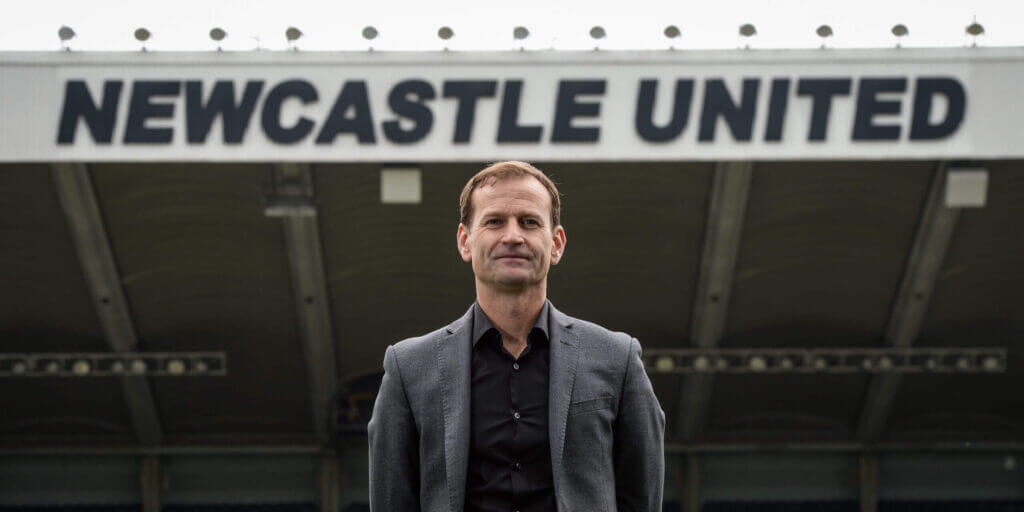 Their budget is important.

They are not at their financial fair play limit yet, but to get to be another Manchester City or Liverpool within five or 10 years, as is their aim, they must avoid becoming another Everton, who chased a dream following Farhad Moshiri’s 2016 takeover in a manner which can politely be described as scattergun.

It is not just about this window, it is about leaving themselves leeway in January, next summer and beyond.

How else could they spend more? Theoretically, they can sell players and reinvest the fees, but the squad was allowed to age under Ashley, leaving them with few obvious assets, barring someone such as Allan Saint-Maximin, whose departure would weaken them in the area they most need to strengthen and, in any case, they have not been inundated with offers. The departures of Dwight Gayle, Ciaran Clark, Jeff Hendrick, Freddie Woodman and Isaac Hayden have freed up wages but brought little revenue.

The other big area of focus is in commercial and marketing — one which is ripe for growth but where Newcastle are effectively starting from scratch.

In July 2020, 15 months before the takeover, the club announced a new “long-term” deal with FUN88, the Chinese betting company, as their kit sponsors, which The Athletic understands stretched for six years, bringing in about £9million a season.

Staveley has worked assiduously with FUN88 to negotiate an early release from that contract, meaning Newcastle will be free to enter a far more lucrative sponsorship arrangement from next season, a big success which will not be felt for a while. They will not repeat Ashley’s mistake in renaming St James’, or rushing to embrace other potential revenue streams, such as NFTs, without consulting supporters, but they are other things to be considered, with care and respect. Alignment, again.

Until then, Newcastle must show some prudence, keep growing, keep moving forward, keep everybody on board; don’t blow the budget and don’t panic.

Getting two more players in would make this a second fine window in succession, which would take them into almost uncharted territory.

Although the rebuild might have taken longer than they would have liked this summer, they are still in the mix, still looking and still open for business, which makes a change.