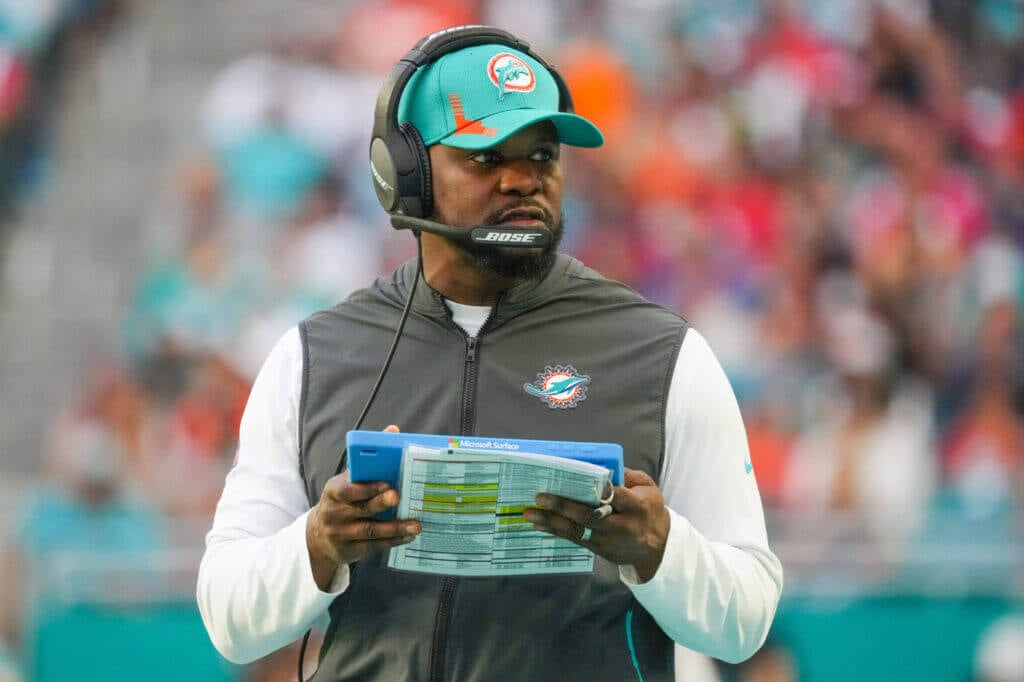 The first legal round between the NFL and former Dolphins coach Brian Flores went to the league with a federal judge’s order Thursday morning turning away a motion from lawyers for Flores to compel discovery on the league’s push to have the case go to arbitration.

Flores, along with two other minority coaches, is suing the NFL and six of its teams for discrimination in head coach hiring. His lawyers moved for discovery on the league’s motion to compel arbitration, seeking documents concerning the parties’ agreement to arbitrate, the arbitrator’s relationship with the NFL and his history of arbitration rulings, as well as the NFL’s relationship with NFL teams.

The arbitrator is either commissioner Roger Goodell or his designee.

“(T)he Court can only assume that they are attempting to embark on an impermissible fishing expedition,” Judge Valeri Caproni wrote of the discovery efforts. “Plaintiffs may well be able to argue that the proposed arbitrator is so biased against them that the motion to compel arbitration should not be granted, but they do not need discovery to do so.”

Flores’ lawyers, Douglas Wigdor and John Elefteraki wrote in a statement in response to the ruling: “We are confident that we will defeat the efforts of the NFL to move this matter into a private and confidential arbitration behind closed doors. It is obvious that the NFL is trying to hide behind the arbitration process and avoid public scrutiny of the racial discrimination and retaliation claims we have brought. If they are confident in their defenses, they should let the process play out in court so the general public can see.”

The NFL requires all contracts to have mandatory arbitration provisions in them. Flores, who is currently an assistant coach for the Steelers, is arguing because the arbitration process is stacked against him due to the history of Goodell’s past rulings as an arbitrator, the plaintiffs under federal law can move the case to a courtroom.

But Caproni ruled, “remaining discovery requests relating to arbitrator bias, including their request for documents regarding Mr. Goodell’s history of arbitration decisions and his relationship with the NFL, do not bear on the issue of whether the arbitration agreement is contractually valid.”

Caproni set Aug. 19th as the deadline for Flores to reply to the NFL’s arbitration motion. The NFL’s reply brief is due by Aug. 26th.