Parris, 28, has signed a two-year deal at United less than a week after helping England Women win the European Championship at Wembley Stadium.

The forward came off the bench in the 120th minute as England defeated Germany 2-1 in extra time thanks to goals by new United team-mate Ella Toone and Manchester City’s Chloe Kelly.

She said of her move: “It feels unbelievable to be here. It’s been quite a summer, and this tops it off. Manchester United is a historic club who are making big movements in the WSL and I can’t wait to be a part of our future success.

“With my winning mentality in matches and training, I want to help this team move forward and grow. I’m not the only new signing this summer, which shows the intention of the club to do exactly that. I’m so happy to be here and can’t wait to get started.”

The Athletic revealed last month that United and Arsenal had reached an agreement over a transfer.

Parris leaves Arsenal just a year after swapping Lyon for the north London club for a club-record transfer fee.

The forward made 38 appearances in all competitions for Arsenal last season, helping Jonas Eidevall’s side to finish second in the Women’s Super League, behind Chelsea.

Prior to returning to England with Arsenal, Parris spent two extremely successful seasons playing in France with Lyon – where she won Division 1 Feminine and the Women’s Champions League.

Parris started her career at Everton. 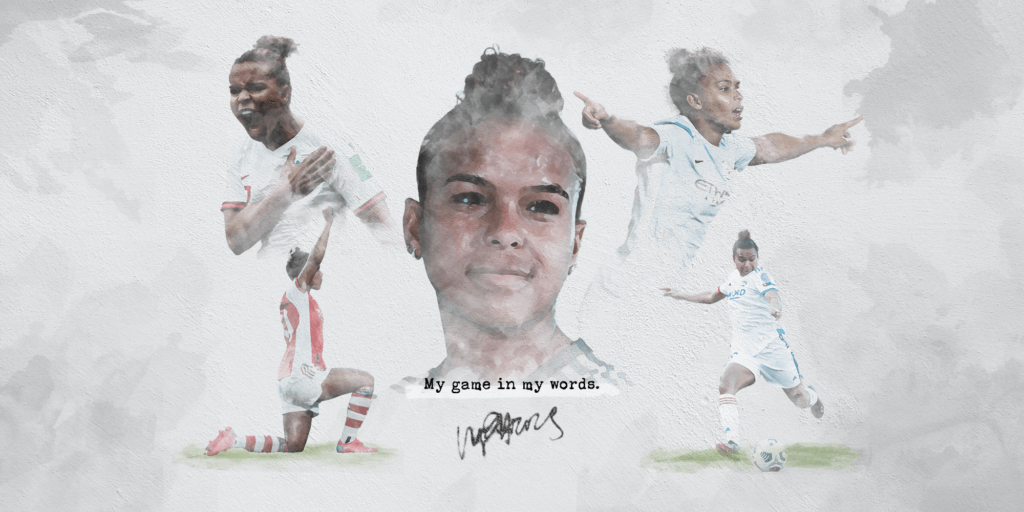 My game in my words. By Nikita Parris