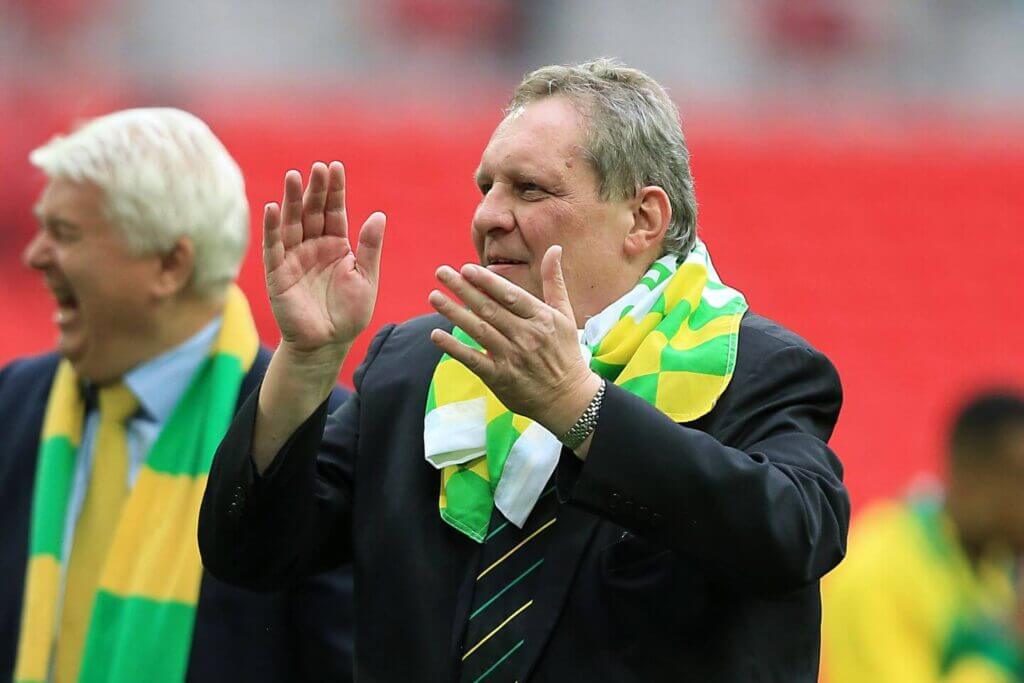 Norwich City have confirmed that long-serving director Michael Foulger is selling his 18 per cent stake in the club.

It is the first official comment the club have made since The Athletic broke the news of Foulger’s intention at the end of May, along with reports that Milwaukee Brewers owner Mark Attanasio was in talks over becoming a minority shareholder in the Championship club.

Foulger, who sold his Norfolk-based poultry business in 2018, joined Norwich’s board in November 1996, the same time as the club’s largest shareholders, TV chef Delia Smith and her husband Michael Wynn-Jones.

“Some months back Michael approached the club with the intension of looking to sell his shares,” said commercial director Sam Jeffery, in a club video released on Monday evening. “He felt the time was right after 25 years to pass on the baton.

“It cannot be understated the significance of Michael allowing the club to sell his shares, or at least assist in the selling of his shares. He could have gone independently on that. But as always with Michael, he has got yellow and green in his blood. He certainly has the best interests of the club a heart.

“That was a really significant moment. When Michael opened the door to that conversation, the process was taken up by Stuart Webber (sporting director), Zoe Ward (executive director) and Anthony Richens (finance director). They have moved quickly to interview a number of potential purchasers.

“The club expects the sale of those shares to be concluded in the coming weeks, and we’re really excited by the potential additional expertise we will have coming on to the board, as and when that time comes to pass.”

Although no mention of Attanasio, it was the MLB franchise owner that first prompted public links to Norwich after the 64-year-old American watched Norwich lose 5-0 at home to Tottenham on the last day of the Premier League season. He visited Carrow Road in a delegation that included his two sons and several Brewers associates.

#TheInsight, as we put your questions to commercial director Sam Jeffery.

Partnership process, Carrow Road expansion and what to expect from our relationship with Coritiba – all covered in episode one of a new Canaries TV feature!