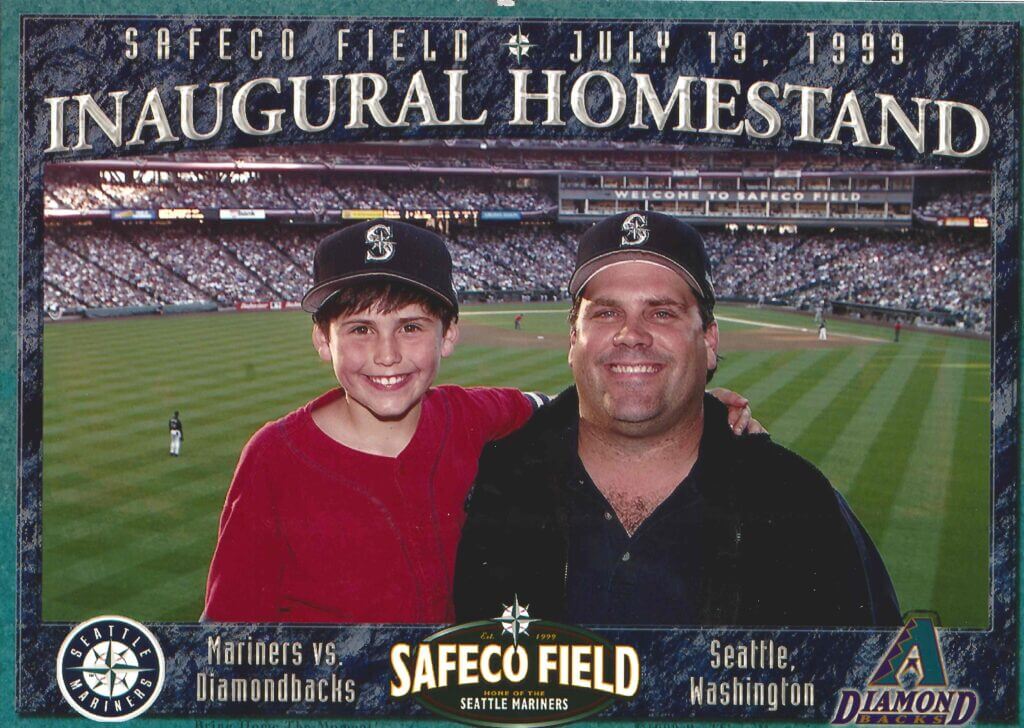 Matt Boyd was busy putting his kids down for a nap Tuesday afternoon, so he didn’t hear his phone buzz the first time. Or the second time.

Finally, when Boyd got around to picking up his phone, he noticed a slew of missed calls, including ones from Giants general manager Scott Harris and manager Gabe Kapler.

“As a guy coming back from (elbow) surgery, I wasn’t expecting to be traded by any means,” Boyd told The Athletic several hours later.

Boyd, a 31-year-old left-handed pitcher, wasn’t just traded Tuesday afternoon. He was dealt to his hometown team, the one he grew up rooting for.

“I was completely blown away … in the best way possible,” the new Seattle Mariner said while he drove from the East Bay to Sacramento, where he joined Triple-A Tacoma on a rehabilitation assignment.

“I still can’t even believe it.”

Boyd was one of three acquisitions the Mariners made before Tuesday’s trade deadline, and easily the most intriguing, for his potential upside and what he can offer the Mariners this year and certainly his background.

Boyd signed a free-agent contract with the Giants during the offseason for $5.2 million coming off of flexor tendon surgery in September. He threw only bullpen sessions in spring training but on June 14 was able to throw a live batting practice session. That session was cut short when he reported soreness in his elbow, but Boyd was back at it in a live BP session July 25 and again Wednesday with Tacoma.

Barring any setbacks, the club wants him to pitch in the minors for two to three weeks, said president of baseball operations Jerry Dipoto. When Boyd returns to the big leagues, it will be as a multi-inning reliever, something the club was seeking before the trade deadline.

“I’m just excited to be a part of this collective machine, and I’ll do any role,” Boyd said. “I wanted this bad. Hopefully, we can get this team back to the playoffs.”

Boyd had his best big-league season in 2021 with the Tigers, when he posted a 3.44 ERA through his first 13 starts of the season (he finished with a 3.89 ERA in 15 starts). He signed with the Giants in the offseason knowing his return to the field in 2022 would take some time.

“I’m feeling good now,” he said Tuesday. “I’m feeling better than I have during my rehab.”

Dipoto said he wouldn’t rule out hanging on to Boyd for 2023, even though he’ll be a free agent after this season. Dipoto said the Mariners have talked to Boyd’s representatives in the past and tried to acquire him previously.

“We’ve been down this path a number of times with Matt. We have always liked Matt,” Dipoto said. “We know what we’re getting with Matt Boyd in terms of who the person is.”

Said Boyd: “If that opportunity presented itself … that would be special.”

For the time being, Boyd will enjoy a homecoming he’s waited forever for, never certain it would ever happen.

Boyd was born on Mercer Island and played his high school baseball at Eastside Catholic before heading to Corvallis to play for Oregon State University. He’s been a Mariners fan for as long as he can remember.

“They are the reason I love baseball,” Boyd said. “I remember watching games in the Kingdome. This is a day that I’ve dreamed about, wearing a Seattle Mariners uniform.”

The lead photo for this story is one of 8-year-old Boyd with his father, Kurt. It’s from the second game played at Safeco Field.

“I still remember that day … it was pretty special,” Boyd said. “I wanted to go to the first game, but my dad had to take some clients. So we went to the second game. I got an inaugural series hat.”

Boyd also went to maybe the most iconic — and important game — in Mariners history: Game 5 of the American League Division Series against the Yankees in the Kingdome.

“My mom took me because I think my dad was out of town. She was pregnant with my sister at the time,” said Boyd, who also attended the playoff game in 2000 when Carlos Guillén’s bunt beat the White Sox in the ALDS.

Phoning home to tell his parents, Lisa and Kurt, the good news about the trade was a highlight for Boyd. “I think they were in tears,” he said, “and my sister (Jessica) who works downtown, she was in tears. My wife (Ashley) called her parents and they were crying.”

Boyd has pitched at Safeco Field before, but never as a Mariner. He can’t wait until the day he gets back to the big leagues, to help his team.

Arizona Republican who defied Trump and lost primary: ‘I’d do it again in a heartbeat’