Patrick Vieira did not shy away from expressing his opinion.

Crystal Palace require new faces all over the pitch, they need more experience, and they must be more ruthless in front of goal.

Even if he refused to point to the disrupted pre-season as a reason for that obvious lack of sharpness and cohesion from his team, there is no doubt it played a part. It would be, he said, too simplistic an excuse for their 2-0 defeat at home to Arsenal in the Premier League season opener.

Instead, he pointed to familiar problems: a failure to be clinical, not taking chances when they came in a game never likely to offer up many.

It is difficult to find fault with any of his conclusions. Palace’s recruitment in the last four transfer windows has been outstanding, not only transforming an ageing squad into a significantly younger one but doing it while improving performances, results and entertainment for supporters.

This summer has seen a different profile of players arrive. Aside from the signing of Cheick Doucoure from Lens, this transfer window has been about providing options for Vieira beyond the first-choice XI.

Less focus, it seems, has been on providing Palace’s head coach with a star player, although Doucoure is seen as a significant upgrade on Cheikhou Kouyate and will help facilitate the attacking threat. 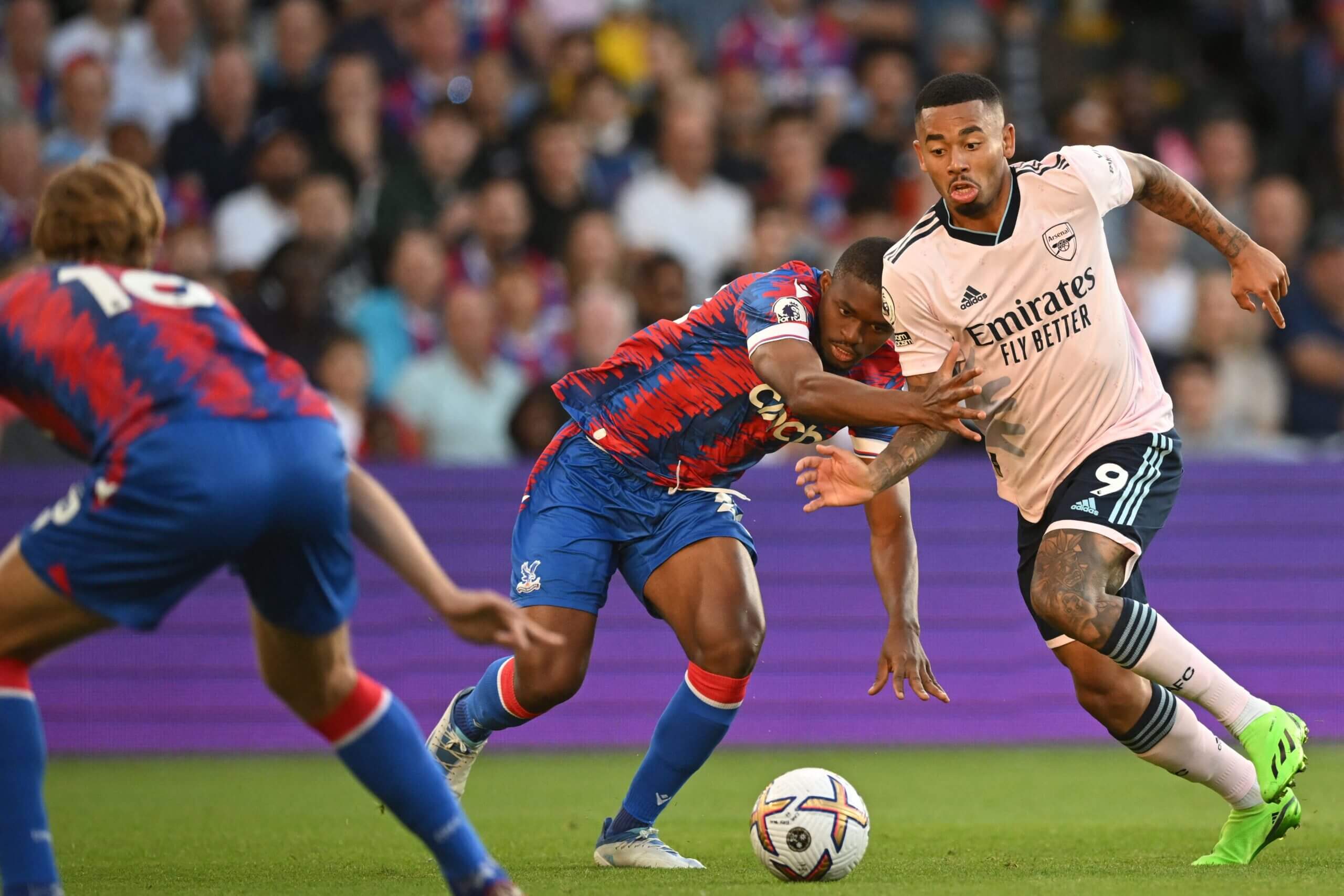 Doucoure is expected to grow into the season for Palace (Photo: Justin Tallis/Getty Images)

Chris Richards ought to prove to be a shrewd acquisition from Bayern Munich in time and Malcolm Ebiowei, an opportunistic purchase from Derby County, looks to have significant potential. The quality of the signings and how they fit into the squad is not in question.

There remains another month before the transfer window closes, and Vieira is eager not to waste that opportunity. He insisted, however, that if nothing more was forthcoming then there were “players here who will grow during the season”.

With James McArthur absent for several more weeks and the out-of-favour Christian Benteke leaving for DC United, the team as a whole has lost experience rather than gained it. Reducing the average age of the squad was always a target but Vieira has made it clear he wants more experience. He said it in January and has repeated it since.

“It’s about managing games. It helps to manage difficult periods that you go through,” he said in January, before pointing out that more know-how could have helped prevent another goal conceded from a set piece.

A return for Conor Gallagher would massively help Palace. There may still be some slim hope that last season’s loanee rejoins, but many obstacles are in the way. Gallagher could feature in Thomas Tuchel’s plans at Chelsea and other teams would feel they are better placed to take advantage if that is no longer the case.

In possession during pre-season, Palace played with two No 8s. Against Arsenal, Eze and Schlupp were paired but mostly found themselves bypassed. Joachim Andersen’s pinpoint long diagonal balls meant Palace were more direct. But that was necessary to carry any real threat and release pressure on the defence.

Vieira said he was looking for “a different type of characteristic” from the players available to him. Another midfielder ought to be on the list. A striker has become more important after Benteke’s departure.

A lack of ruthlessness reared its head against Arsenal as it did too often last season. If Odsonne Edouard hadn’t headed his first-half opportunity so close to Aaron Ramsdale, if Eze had curled his second-half shot past the goalkeeper, or dinked it over him, maybe Palace would have avoided defeat, possibly earned victory.

Eze’s missed opportunity was most frustrating — he had the time to compose himself thanks to Wilfried Zaha’s through ball but could not provide the finish.

Out of possession, Schlupp dropped back next to Doucoure but does not appear suited to that role. Regardless, Palace require another midfielder who is capable as a No 8 and a more defensive role. They will miss Gallagher’s intensity, as well as his goal contributions, even if Vieira believes Eze can step up to fill the gap.

Between them, Edouard and Jean-Philippe Mateta only scored 11 Premier League goals last season. Part of that was due to missing opportunities, but Palace also failed to show sufficient quality in the final phase of an attack. That was the case here, too. Crosses were overhit, passes slightly too telegraphed, the finishing wasn’t accurate enough.

There are tough fixtures to come and several areas in which problems need solving but this is not a disaster. Palace started last season slowly before things clicked into place.

Even if Vieira is reluctant to point to it as a significant factor, the absence of a proper pre-season is likely to affect them, but the issues arising from that should be sorted with more training sessions and matches.

It may take time to work things out, but bolstering the squad with quality, particularly going forward, should help address some of the problems that do not appear to have been rectified from last season.