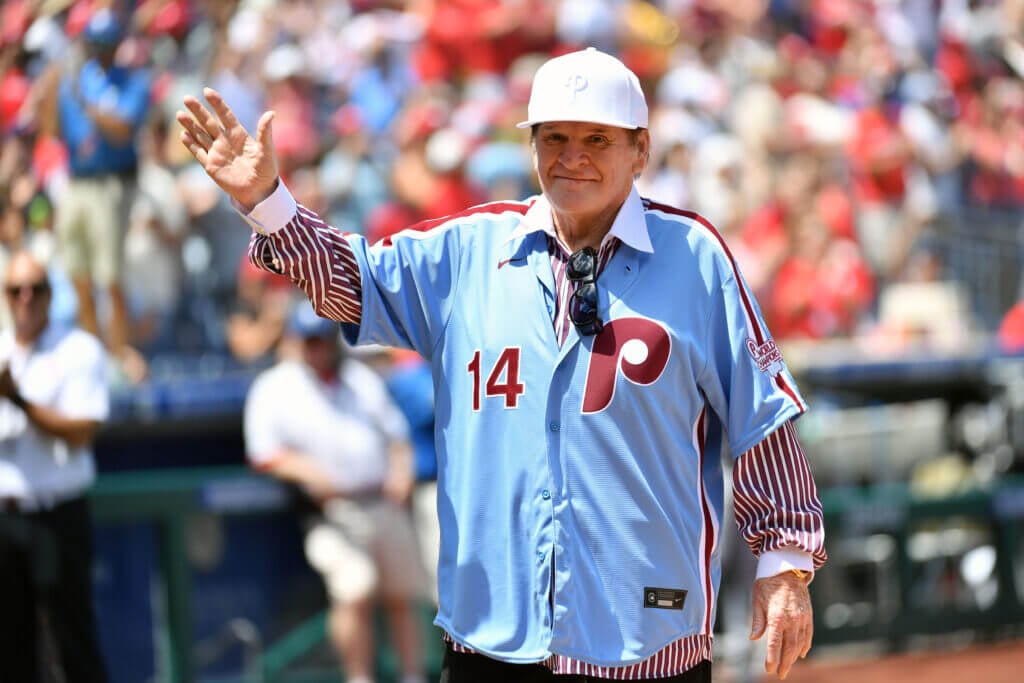 Pete Rose attended a Phillies event Sunday at Citizens Bank Park, five years after the team canceled plans to honor baseball’s hit king after a woman alleged he had sex with her as a minor during his career. When asked what message his presence at Sunday’s game sends to women, Rose dismissed the question.

“No, I’m not here to talk about that. Sorry about that. It was 55 years ago, babe,” Rose told The Philadelphia Inquirer’s Alex Coffey.

Rose declined to answer other questions while standing in the Phillies dugout. Earlier, he took group photos on the field as the Phillies honored the 1980 World Series championship teams and other former players.

Rose played for the Phillies from 1979 to 1983 after spending 16 consecutive seasons with the Cincinnati Reds. He returned to Cincinnati in 1984 to play for the Reds and later managed the team.

In 1989, Major League Baseball handed Rose a lifetime ban from the sport for betting on Reds games from 1985 to 1987 as a player and manager.

Nearly 30 years later, a woman alleged in a 2017 filing that Rose called her in 1973, when she was 14 or 15, and began a sexual relationship with her in Cincinnati. The woman, who was identified as Jane Doe, also said they met outside of Ohio for sex.

Rose admitted in 2017 to having sex with the woman, but he said it was in 1975 when he thought she was 16, Ohio’s age of consent. He denied having sex with her outside of Ohio.

The Phillies planned to induct Rose into their Wall of Fame and hold an on-field ceremony for him in 2017. However, the team scrapped those plans after the woman’s allegations against Rose were revealed.