Peter Strickland serves up another gonzo confection with his stomach-churning haute cuisine satire “Flux Gourmet.” The film, which centers on members of a “sonic collective” of musicians who make performance art and music using foods and the sounds they make, also marks something of a homecoming for the British director in two ways. The film not only pulls from Strickland’s autobiography, as the filmmaker and his friends launched their own Sonic Catering Band in the mid-’90s, but “Flux Gourmet” is also an immersive auditory experience a la his 2012 giallo pastiche “Berberian Sound Studio.” Working with sound designer Tim Harrison and electronic recordings from his own band, Strickland has made a film that deserves a big-screen canvas thanks to its lush colors, but also plays just as well on headphones.

Strickland this time trades in giallo for gastronomy in following a collective of gourmands and the internal power struggles that unfold within their midst. At the head of the collective is Fatma Mohamed as Elle di Elle, a toxic creative leader if there ever was one, lording over members played by the likes of Asa Butterfield and Ariane Labed. There’s also Makis Papadimitriou as the hapless journalist tracking their residency at a large estate owned by patron Jan Stevens (Gwendoline Christie). He’s beset with a host of digestive problems that cause excessive and compulsive flatulence, but as Strickland explained to IndieWire, the film sets out to de-stigmatize and avoid making light of such ailments that usually serve as the butt of all jokes in comedies.

This interview has been edited for clarity and length. “Flux Gourmet” is now in theaters from IFC Midnight.

IndieWire: Flux Gourmet is very much a satire of the haute cuisine world but you’ve also spoken about wanting to destigmatize the portrayal of embarrassing human ailments in movies and show them in ways that are not comedic. What prompted this notion?

Peter Strickland: People don’t seem to have caught up with it somehow. I don’t want to get on a rant, but even a couple years ago, you had this “Peter Rabbit” film with this allergen being thrown at the character. It was weird it was done as comedy. Someone going into anaphylaxis, to me there’s just nothing funny about it. It’s a very delicate thing. I find earnestness a very dangerous thing to try out in a film, but I wanted to look at our responses to these things. The allergy thing is more a side thing in this film; it’s more to do with autoimmunities, such as celiac disease. The symptoms Makis Papadimitriou’s character has could be Crohn’s disease, it could be irritable bowel syndrome. I’m not for a minute suggesting one shouldn’t find farts funny. All of it is context. All I am doing is offering a very different context, and looking at the social aspect of it, when you have to hide, and the loneliness of it. A lot of people can relate to hiding bodily discomfort. Knowing celiac people, you have gluten-free food, but people roll their eyes. They don’t get the whole cross-contamination thing. All I can do is put a perspective out there. Anything to do with flatulence, by nature, you do open yourself up to ridicule.

I saw a lot of parallels here to what a toxic movie set looks like. Jan talks about trying to save the collective from themselves, in the way a producer might try to wrest a director’s vision. And the members of the band talk about very brushes with toxic behavior they’ve had from Elle. Maybe this is just what happens in any contained artistic environment, but I wondered if the parallels were present to you.

Any filmmaker can relate to those conversations. The trick is not falling into the trap of playing the victim. I try and see myself more as a referee and not take sides. To have the artist as someone who behaves in a very egotistical manner and very selfish manner, the defeat involved with being an artist, they’re almost like politicians sometimes. The whole curating your self-image, the denial about class, pretending you went to a state school when you actually went to a private school, like I did. You see a lot of that in the film industry, a lot of projection to hide their roots somewhat.

A lot of it is open for observation somehow, but within that, I was also interested in the desperation of ideas, and how here’s someone who rides on the coattails of someone who’s suffering. She’s piggybacking onto the journalist’s stomach issues and appropriating that for her art. The whole idea of exploitation, of privacy vs. putting yourself out there somewhat. The line that resonated most for me in the film is when Makis has his public colonoscopy, how something so private can be put on display. That’s the game you’re playing as someone who writes. Most writers are playing this game of hide and seek with an audience. How much of yourself are you revealing or hiding? How much are you pretending? 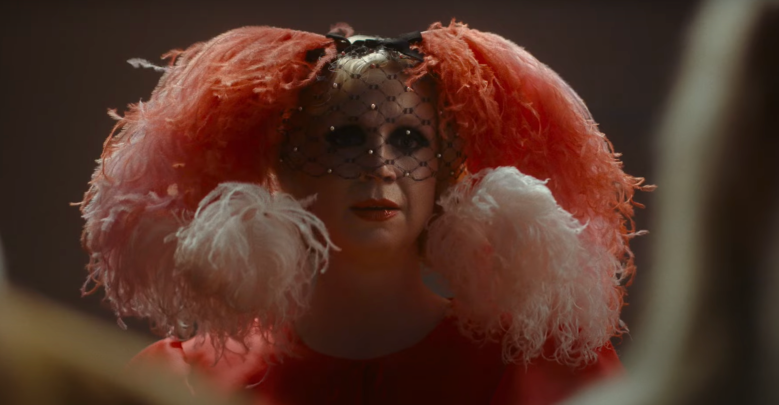 Much of the sound design came from your own performances, but there’s also new material. Talk about the process of layering older sounds with new materials, and also integrating foley with the sounds of the food.

It was a very long, very enjoyable process as well. There’s a whole bunch of people involved. The Sonic kitchen band, that’s Tim Kirby and Colin Fletcher. The three of us got together on our own for a whole weekend and just used the same gear as what you see in the film, you know, the reel-to-reel delay, the copycat, and so on. We just did these very long improvisations, but based on the same recipes, so doing tomato soup and so on, an omelet, and you walk away with each session was like 20 minutes, and you edit out the best bits and that was taken to Tim Harrison, who was sound designer. He did some of his own sonic catering as well, using hydrophones, which he could actually put into the cooking.

The one consistent thing was we would eat everything we cooked and recorded. Another important thing was to have a flanger. So Tim had an Eventide flanger. So obviously that is referenced in the film, but then we actually used it a lot. It’s such an evocative sound. I was first aware of it on “Christiane F.” 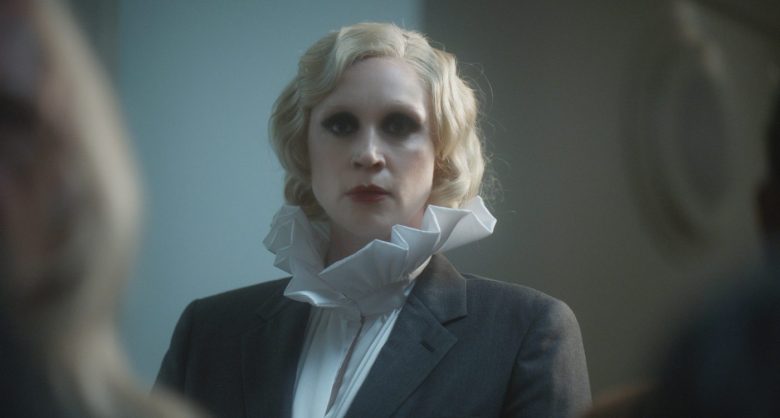 You shot the movie in just a few weeks, but how much time did it take to craft the sound design?

It’s odd because we had 14 days to shoot the film. The sound, we had three months or something. What was very different for me compared to the last film [2018’s “In Fabric”] is how things have changed in cinemas. When I started making feature films, they had this kind of universal seven. That was what you mixed to, and you knew cinemas would play at seven. And now in this post-superhero world we’re living in, where sound is so intense and loud and compressed, a lot of cinemas are playing caution to the wind and playing at six or sometimes even 4.5. So it’s become really difficult to second guess. You don’t want to overcompensate because then obviously you’re gonna hurt people’s ears. But we already had some experiences where, if a film is played at four, it just doesn’t work. It just has no punch to it whatsoever.

Your movies are always experimental and taking risks. Is it always an uphill climb to get these films made, or does it get easier with experience and clout? Back in the days of “Duke of Burgundy,” you were working on this project about the explosion of out-gay male life between Stonewall and AIDS, but it seems like that’s fallen off.

It gets harder. It gets a lot harder now. I’ve been trying to publish “Night Voltage” as an unfinished screenplay. I’m so frustrated. It’s been 10 years now, and I’ve half given up. I can’t get it together. I can’t get the money. It gets harder. I’ve reached a stage in my career where the public funders have to let me go. They have to fund newer filmmakers. Which is absolutely fair enough. I get it. You’re leaving the nest. You’re out in the big bad world. You’re dealing with private money, and they can’t afford to lose it the way a state-funded financier can. The budgets drastically go down according to who’s in the film, the subject matter. The nature of this particular film — it doesn’t inspire confidence when it comes to putting money into it. 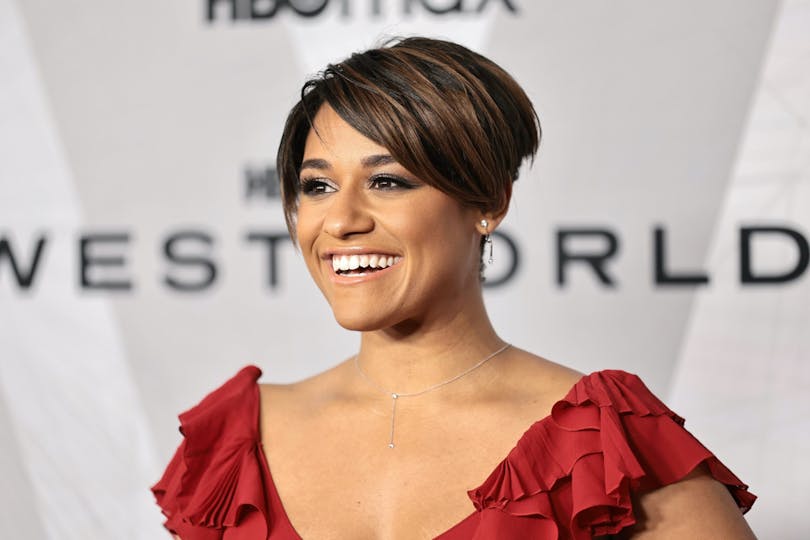