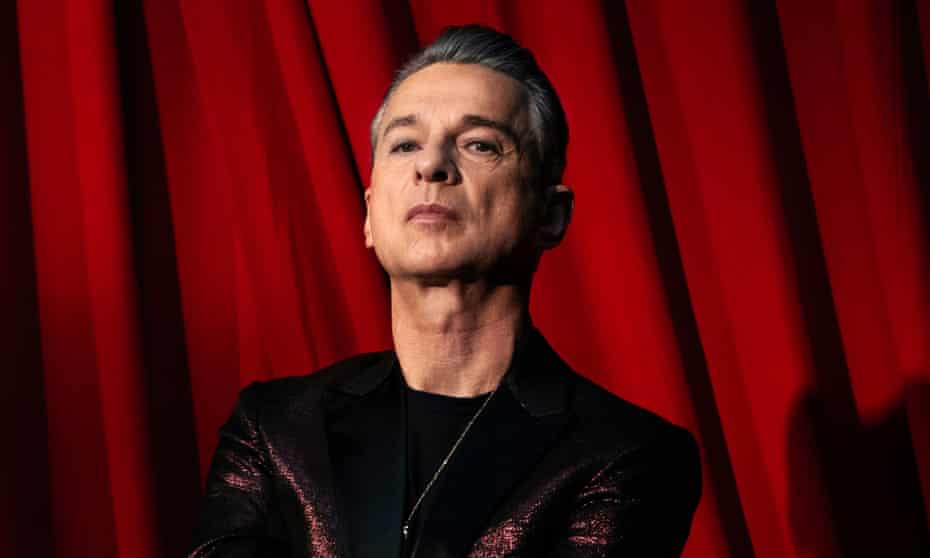 As the singer readies his cover versions of Neil Young, PJ Harvey and more for new album Imposter, he’s all set to take on your questions

Continuing our new series where Guardian readers pose questions to stars of film and music is Dave Gahan, frontman of Depeche Mode whose latest album with the duo Soulsavers is out next month.

For over 40 years, Depeche Mode have carved out their own rather dimly lit corner of British pop, managing to be variously camp, gothic, exuberant and downbeat, sometimes all in the space of one song.

Formed in Basildon in 1980 with Gahan, Martin Gore, Vince Clarke and Andy Fletcher, their debut album Speak and Spell remains a landmark in electro-pop, featuring hit singles Just Can’t Get Enough and New Life whose rigid, highly melodic programmed backings were cut through by Gahan’s declarative voice. Clarke left to form Yazoo, but Depeche Mode weathered the early instability, and settled into a steadily darkening groove throughout the 80s where the drums hit ever harder, and industrial guitars started creeping into the mix.

With Gahan alternately purring soft entreaties and making stern statements in his rich baritone range, the group had five more UK Top 10 albums before the one that swept them to global stardom: 1990’s Violator, powered by glam-rock anthem Personal Jesus and the magnificently mournful Enjoy the Silence. But as their international success scaled up – the even darker next album Songs of Faith and Devotion was a UK No 1 – so did friction in the band, and Gahan’s drug use: he became addicted to heroin, and almost died of an overdose in 1996 before being resuscitated.

Rehab saved him, and the band returned to recording with Ultra, another chart-topper and the first of six further albums until 2017’s Spirit; they remain an energetic, crowdpleasing live prospect, with a 2017 Guardian review admiring: “Gahan contorts his wiry frame, twirls balletically, strikes Christ poses and touches himself in post-watershed places … [he] remains one of those great frontmen with the air of someone who’s done all the bad stuff in life so you don’t have to.”

Gahan also released two solo albums during this period, and then teamed up with production duo Soulsavers for two more. Their third album Imposter – cover versions of songs by Bob Dylan, PJ Harvey, Cat Power, Neil Young and others – is released on 12 November.

Ahead of the album’s release, Gahan will be taking your questions on anything in his fractious yet gloriously creative career. Post them in the comments below, before 6pm on Monday 18 October. We’ll publish his answers in the 22 October edition of our Film & Music print section, and also online.

Navigate by Big Zuu review – an affable but bland concoction