The Scottish Premiership has been won but Ange Postecoglou is expected to have another busy summer as his rebuild moves into the second phase.

It may not be as busy as his first summer in charge but his ideal squad would be at least two good options in each position of a group between 22-25.

Although he did not rotate much in the first half of the season, that was down to his limited options. After reinforcements arrived in January he was more willing to rotate midfielders and front three options, and in the long-term he will want to rotate regularly in most positions, goalkeeper and centre-backs aside.

By the end of this season, there were roughly 17 players Postecoglou felt comfortable with including in that dynamic. Of those, Nir Bitton and Tom Rogic are leaving, and Cameron Carter-Vickers and Filipe Jota may not decide to make their loan moves permanent. However, after a period of recovery from his season-derailing injury in January, it is hoped Yosuke Ideguchi can be added to that pool. That equates to 14 to 16 players Postecoglou trusts before new players arrive.

Unlike the more scattergun recruitment of last summer, it is believed this transfer window will be built around a singular transfer strategy; Postecoglou wants the scouting department to source players in positions he needs strengthening, with the specific skill set to thrive in his system. That means full-backs need to be capable of inverting, centre-backs need to be technically competent, and wingers need to press relentlessly as well as create and score goals.

The recruitment department — with its new data-centric approach as expanded upon by head of scouting operations Jay Lefevre — will present Postecoglou with their recommended options. It is believed that this is set to continue under the club’s new head of recruitment Mark Lawwell, who was an advocate for analytics-led scouting in his former role within City Football Group (CFG).

Matt O’Riley’s transfer from MK Dons in January was the first example of this policy. O’Riley’s stats, even at League One level, were eye-catching, and his creativity, goals, and defensive diligence earmarked him as a good fit as a Postecoglou No 8.

He impressed even further in footage, and once his profile was presented to Postecgolou, the manager took over securing the signing himself. Mohanad Jeahze, the 25-year-old left-back starring for Hammarby in Sweden who Celtic are linked with, has similarly impressive stats and appears a stylistic fit.

The club’s three initial priority targets this summer — working on the assumption that Jota and Carter-Vickers sign permanently — were a right-winger, a left-back and a ball-playing centre-back and Postecoglou wants another midfielder too. If neither Carter-Vickers nor Jota make their stays permanent, then another winger and centre-back will need targeting.

That would be between four and six new signings. On paper that would be enough to consolidate Celtic domestically, and would be a respectable window. But if the club aspire to compete in the Champions League group stages, there are one or two additional signings that could be prioritised. 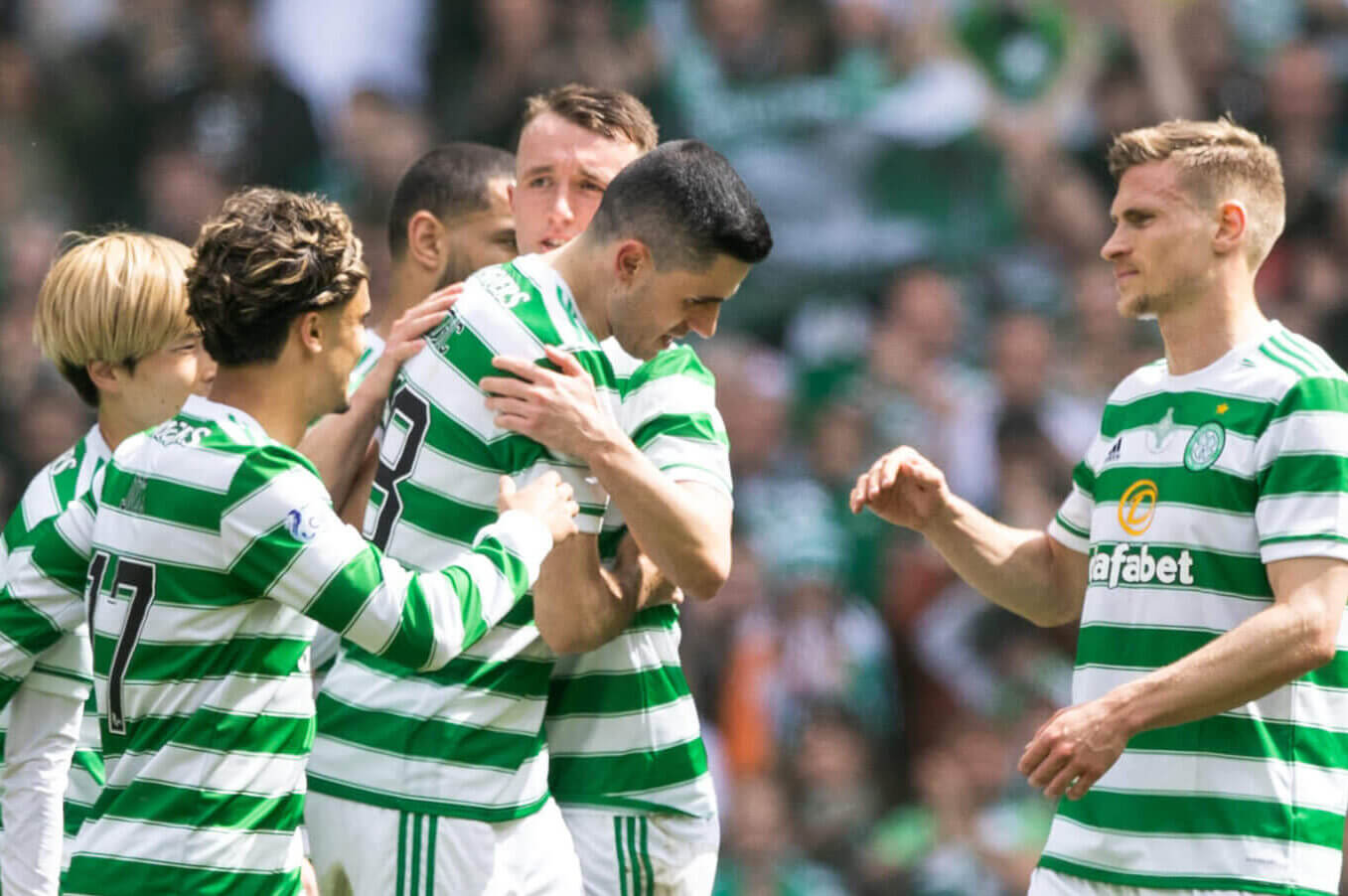 Celtic’s two biggest issues against European teams this season were their ability to play out from the back successfully, and how exposed their midfield was in defensive transitions. Adding only one player to that triangle of goalkeeper and two centre-backs will not improve Celtic’s ability to play out from the back enough against Europe’s elite, and so a new keeper comfortable in fast and accurate distribution could potentially be a target to help Celtic reach the next level — as positive an impact as Joe Hart has made.

For Postecoglou’s system to work in Europe, both No 8s need to press relentlessly and have enough recovery pace to track back and defend transitions. If another No 8 is not signed then Reo Hatate and Callum McGregor could fulfil those two roles. McGregor pushing up means Celtic could do with a starting XI-quality No 6 who can circulate the ball as well as McGregor and is defensively secure. It is hoped that Ideguchi can fulfil that role in time, but with losing Bitton and, most likely, Ismaila Soro, and James McCarthy on the fringes, they could use another option.

This may seem harsh on O’Riley and David Turnbull, both talented No 8s, but they lack the recovery pace and pressing intensity for Postecoglou’s game plan to flourish in the Champions League.

Incomings are only half the job and the squad could do with streamlining. While Postecoglou has tended to turn to those 17 players during the second half of the season, the official squad size has still been in the mid-20s. Although Rogic and Bitton are departing, James Forrest’s contract situation, originally going into his final year next season, has been sorted by his extending his stay until 2025.

The club intend to move on Soro, Boli Bolingoli, Albian Ajeti and Vasilis Barkas, although the latter three’s relatively large wages may be an issue. Christopher Jullien, a fan favourite who has struggled to enter Postecoglou’s plans since returning from his year-long injury absence, could also be among the departures. Jullien, Bolingoli, Barkas and Ajeti leaving would trim the wage bill significantly.

McCarthy, Mikey Johnston and Liam Scales are trickier. All have been peripheral in the second half of the season, and squad strengthening will make their first-team involvement next year even less likely. However, they are all contracted to the club for another three seasons.

Then lastly are the young players, in the B team and those returning from loans such as Scott Robertson, Adam Montgomery, Liam Shaw, Conor Hazard and Osaze Urhoghide once they return to Glasgow. Decisions will need to be made on Bosun Lawal, Tobi Oluwayemi, Dane Murray, and Owen Moffat especially and whether they are flagged for loans, or given first-team minutes.

There will not be the upheaval of last year, but there is still work to do to elevate a good team and squad into a great one.

Since I Left You: for one night only, the Avalanches perform their hit album in full