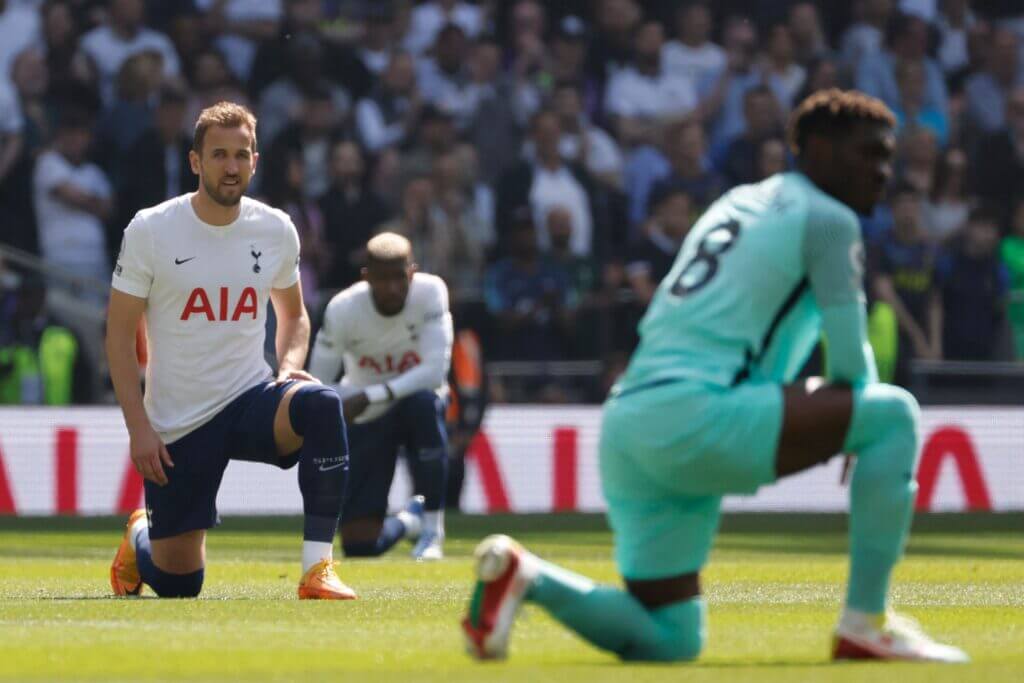 Premier League players will stop taking the knee before every match this season.

The anti-racism gesture will instead only be seen before certain rounds of games, including the Boxing Day fixtures as well as cup finals.

The Premier League said in a statement on Wednesday: “The players have decided to use specific moments during the upcoming campaign to take the knee, to amplify the message that racism has no place in football or society.

“Players will take the knee during the opening match round of the season, dedicated No Room for Racism match rounds in October and March, Boxing Day fixtures following the conclusion of the FIFA World Cup Qatar 2022, Premier League matches on the final day of the season and The FA Cup and EFL Cup Finals.”

The Premier League captains added in a collective statement: “We have decided to select significant moments to take the knee during the season to highlight our unity against all forms of racism and in so doing we continue to show solidarity for a common cause.

“We remain resolutely committed to eradicate racial prejudice, and to bring about an inclusive society with respect and equal opportunities for all.”

Players had been taking the knee before kick-off since the Premier League restarted in June 2020 following the shutdown due to the COVID-19 pandemic.

But some players stopped because they felt the anti-racism gesture had lost its power.

Crystal Palace forward Wilfried Zaha stopped in February 2021, for example, saying “at the moment it doesn’t matter whether we kneel or stand, some of us still continue to receive abuse”.

Chelsea’s Marcos Alonso said in September 2021 that he stopped the anti-racism gesture because it “lost its strength”.

Other clubs took a collective decision to stop taking the knee.

A number of Championship clubs, including Derby County, Brentford, Bournemouth and Queens Park Rangers, all stopped taking the knee during the 2020-21 season.

Footballers first began performing the gesture to raise awareness of racial discrimination following the murder of George Floyd by former Minneapolis police officer Derek Chauvin in the United States in May 2020.