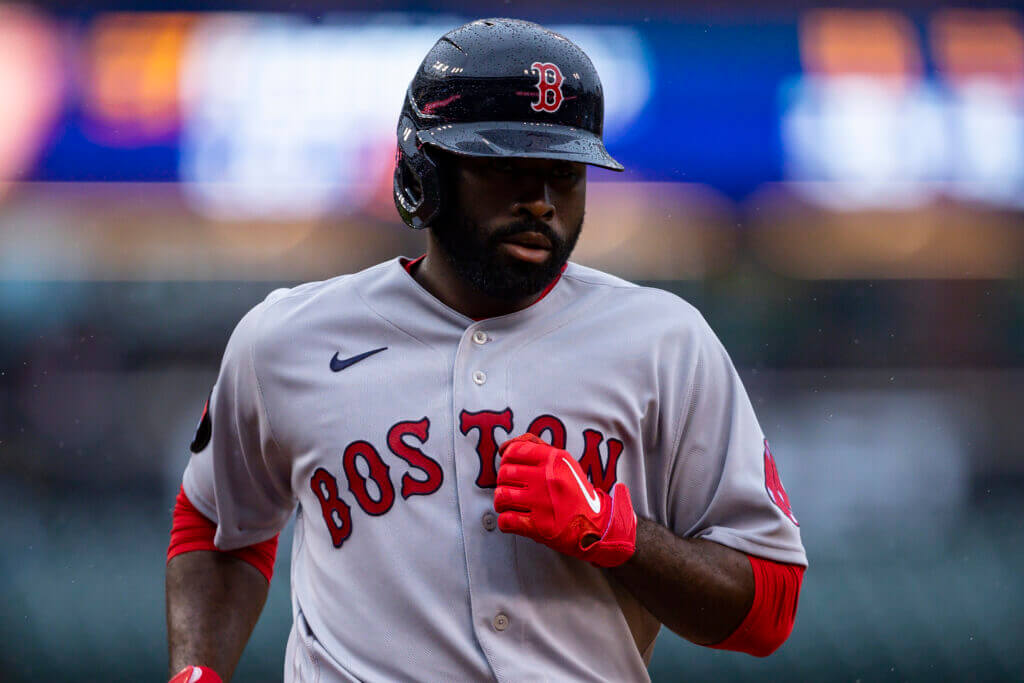 The Red Sox are parting ways with outfielder Jackie Bradley Jr. for a second time.

A source confirmed the Red Sox have designated Bradley for assignment to make room on the 40-man roster for first baseman Eric Hosmer, whom the team acquired from San Diego this week. The Boston Globe was the first to report the news on Bradley.

Bradley, drafted by the Red Sox in the first round of 2011, spent the first eight years of his career in Boston but signed a two-year, $24 million deal with Milwaukee as a free agent ahead of the 2021 season. Over the offseason, the Red Sox reunited with Bradley, trading outfielder Hunter Renfroe to the Brewers in exchange for Bradley and prospects David Hamilton and Alex Binelas.

At the time of the trade, the move was largely seen as a way to acquire those prospects, though both Binelas and Hamilton have had mediocre seasons thus far. Binelas is hitting .210 with a .773 OPS and 21 homers in 85 games between High A and Double A while Hamilton is hitting .231 with a .689 OPS in 84 games for Double A. He leads the Eastern League with 50 stolen bases in 54 attempts. Binelas ranks as the No. 22 prospect in the Red Sox system in their midseason report while Hamilton ranks No. 26.

Bradley, meanwhile, provided his customary excellent defense in right field as well as in center this season for the Red Sox, but the 32-year-old continued to struggle at the plate, hitting .210 with a .578 OPS in 91 games.

Earlier this week, the Red Sox acquired left fielder Tommy Pham from the Cincinnati Reds for a player to be named later or cash considerations. Pham will take over in left field with Alex Verdugo shifting to right field, where he played 31 games in 2020. Jarren Duran, who was called up in June when center fielder Kiké Hernández went on the injury list with hip inflammation, will remain in center.

While Bradley provided consistent defense, Duran has struggled on both sides of the ball, hitting .232 with a .664 OPS in 39 games, but just a .181 average and .544 OPS with 36 strikeouts and five walks in 26 games since July 1. In the outfield, he’s posted a minus-5 DRS (defensive runs saved) compared to Bradley’s plus-5 DRS. Yet the Red Sox seem prepared to live with Duran’s growing pains. In left, Pham had posted a plus-4 DRS for the Reds this year and while Verdugo had a minus-2 DRS overall this year, he posted a minus-1 DRS in about 250 innings in right field in 2020.

Bradley will be placed on waivers and if unclaimed will become a free agent. He is owed roughly $3 million for the remainder of the season in the final season of his two-year deal.

The Red Sox are hopeful Hernandez, who received a PRP injection in his hip after the All-Star break, will return from the IL by the end of August. Outfielder Rob Refsnyder is also on the IL with a right knee sprain.

The departure of Bradley will undoubtedly hurt the outfield defense, which will remain in flux as Pham adjusts to the Red Sox (and the wall in left at Fenway Park), Duran continues to learn center field on the fly, and Verdugo reacquaints himself with right field.

Bad luck Batgirl: the cancellation of the DC superhero’s film is only her latest misfortune | Film