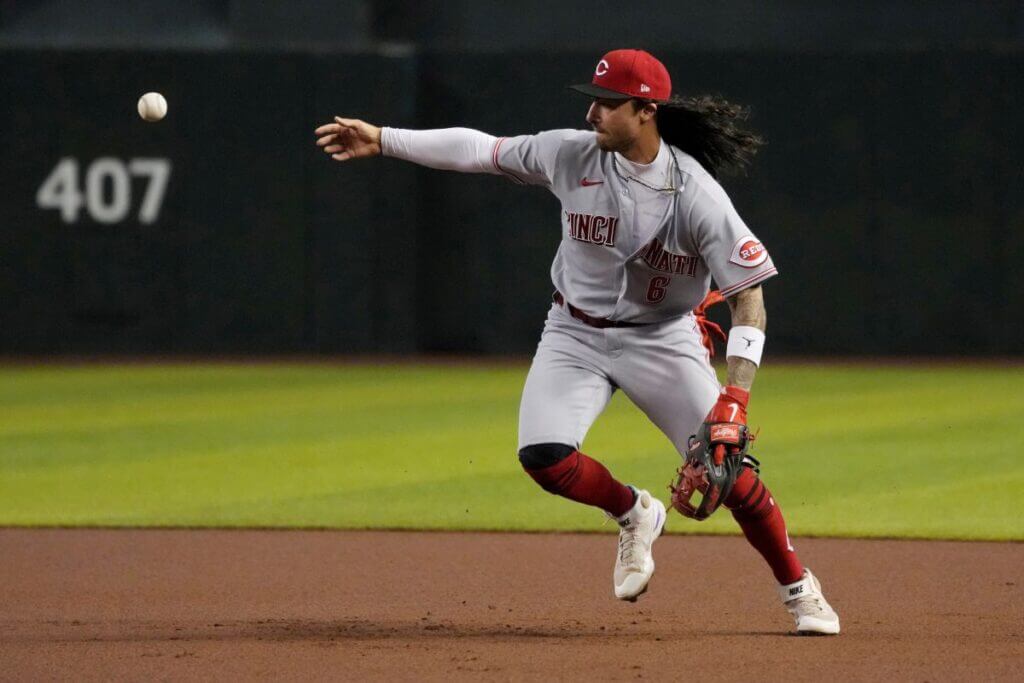 Cincinnati Reds infielders Mike Moustakas and Jonathan India exited Monday’s game against the New York Mets early after both sustained leg injuries. Moustakas exited the game with a left calf injury while India suffered an injury to his right hamstring, the team said.

Matt Reynolds replaced India at second base, and Nick Senzel made his fourth career appearance at third base.

India, the reigning NL Rookie of the Year, had two stints on the injured list earlier this year with a right hamstring injury. He missed five games in April after the initial injury and went back on the IL on May 1 after aggravating the hamstring. He missed 39 games in the second stint.

Moustakas has had four IL stints this season, though only one was the 10-day variety, suffering a right biceps injury in April. He missed seven games with that injury. Moustakas has served mostly as a first baseman and DH this season.

The Reds have Donovan Solano and Reynolds on the roster to play in the middle infield. If one or both require an IL stint, Alejo Lopez is at Triple A. The team could also recall Colin Moran from Louisville. Moran played a similar role as Moustakas earlier in the season and is hitting .274/.354/.452 with 11 home runs in 41 games. He is not on the 40-man roster. The Reds could also turn to recently acquired infielder Spencer Steer, who came over from the Twins in the Tyler Mahle trade but is not on the 40-man roster.

Cincinnati is currently third in the NL Central with a 44-63 record. The team is 15 1/2 games back of the division-leading St. Louis Cardinals.

‘A celebration of life’: the father who filmed his every moment– and his son who turned it into a movie