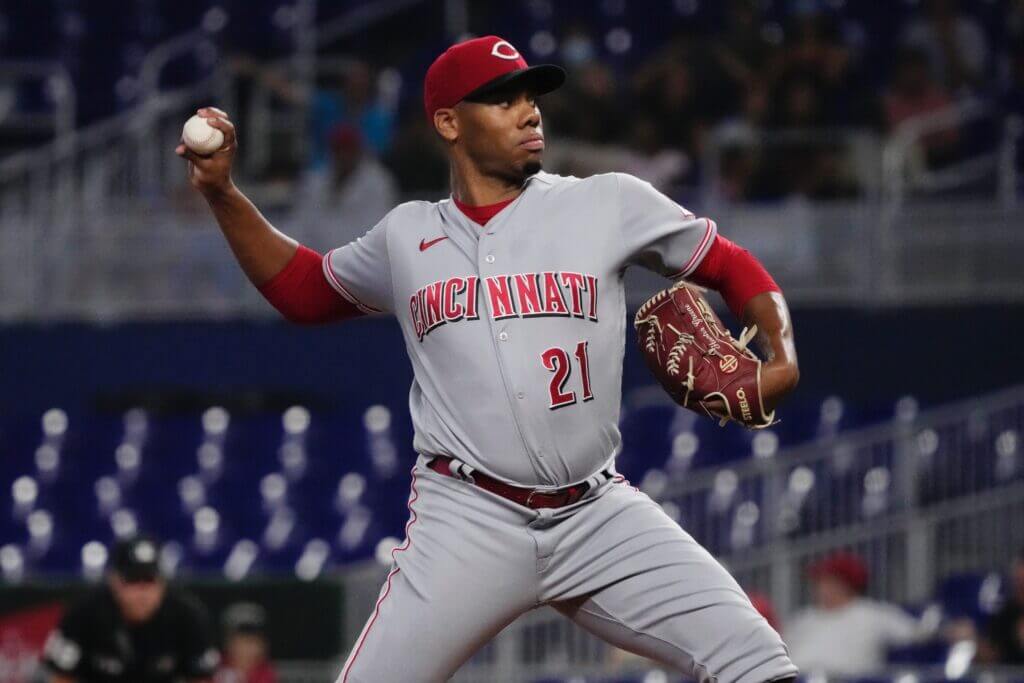 The Cincinnati Reds placed rookie RHP Hunter Greene on the 15-day injury list Friday due to a right shoulder strain, with the IL designation retroactive to Tuesday.

Greene pitched one of his best games of the season Tuesday, tossing six scoreless innings and allowing just one hit while striking out eight Marlins. He retired 14 of the first 15 batters he faced. The Reds won 3-1 and there were no apparent shoulder issues throughout the start.

“I felt like all of my pitches were on. They all felt great,” he said after the game. “When all of those things come together, I don’t want to say it’s easy, but it helps a lot.”

After the game, Reds manager David Bell shared with reporters his decision to pull Greene after 84 pitches.

“It’s going to depend on the night. Tonight, I just felt that was enough for Hunter,” he said. “But we still have a long way to go. Learning to navigate a whole Major League season is important. But we need to help him do that. There will be nights where he gets pushed, still. If anything changes, we’ll make that adjustment. For now, nothing has changed.”

Greene was picked second overall in the 2017 MLB Draft and made his debut this season. Through 20 starts, the 22-year-old has a 4-12 record with a 5.26 ERA. His 11.1 strikeouts per nine innings are the second-most among qualified rookies.

Greene underwent Tommy John surgery in 2019 and returned in 2021 to pitch 106.1 innings in Double-A and Triple-A ball. This season, he has nearly matched that total already, with 102.2 innings.

Miami football: Seen and heard at Hurricanes practice — ‘No. 26’ must be earned