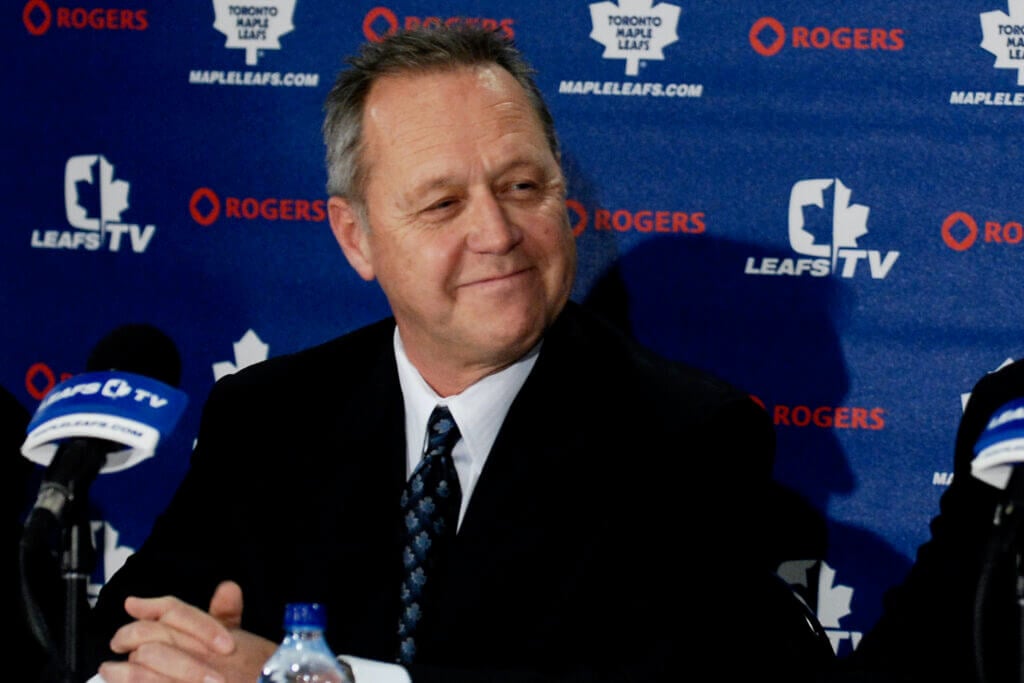 Richard Peddie, the executive who helped shape the multi-billion-dollar footprint Maple Leaf Sports & Entertainment has made in Toronto, was standing on a small-town street corner, swatting at flies. There were so many on the wall — “fish flies,” he grumbled — they seemed almost knitted together.

“The building gets cleaned next week,” he said. “They’re horrible.”

He led his visitor across Richmond Street to get a fly-free view of the building and a fuller perspective of his latest project. Along with his wife, Colleen, Peddie has built a bookstore, a bakery, a candy shop, a high-end kitchenware store and two rental apartments in Amherstburg, Ont., a block from the Detroit River and a world away from professional sports.

The town is a four-hour drive west of his old office in Toronto, a distance highlighted by long stretches of flat land, fields of wind turbines and roadside signs that urge tired drivers to pull over for a rest. The small downtown core serves a population of about 22,000.

Richard and Colleen opened the bookshop first, during the pandemic, because residents did not have a place to buy books in town. It took them a year to renovate the building, which had stood at the corner of Richmond and Ramsay streets since 1887.

They designed the other businesses — they lease the bakery — with the idea of creating something that did not otherwise exist within town limits. Peddie retired from MLSE in 2011, just as the Ontario Teachers’ Pension Plan sold its stake to Bell and Rogers Communications Inc., with Larry Tanenbaum remaining as chairman.

“I know it doesn’t make a lot of sense,” Colleen, an ad industry executive, said with a smile. “But it’s energizing, you know?”

Richard grew up a half-hour away, as the son of an autoworker in Windsor. He was a mediocre student in high school, graduating with a 63 per cent average, but found his calling in the business program at the University of Windsor.

He worked in the food sector, then served as president of SkyDome as it became the new home of both the Blue Jays and Argonauts. He shifted to oversee TSN’s parent company, then landed at MLSE, when the company consisted of the Maple Leafs, the Raptors and a new downtown arena.

Under his leadership, MLSE expanded into the restaurant business (Real Sports Bar & Grill) and got a percentage of the downtown real estate boom (Maple Leaf Square), indirectly creating the space known today as Jurassic Park. The company also bought a Major League Soccer franchise for $10 million.

The company flourished on the balance sheet but never quite managed to win a league championship on the ice, floor or field. Peddie became a target of irate fans during his 15 years in the executive suite. He received death threats and had to call police after one irate fan called him at home at 5 a.m.

When the Raptors won their NBA title in 2019, they presented Peddie with a championship ring.

He did not receive a ring after Toronto FC won the MLS Cup in 2017.

“I’m kind of pissed off about that one,” he said. “Because I was the one who came up with the idea.”

Peddie has been associated with more championship wins in retirement. He has become a booster at his alma mater, and said he made a deal with the women’s basketball coach: “If you win a championship, I’ll buy rings for everyone.”

The Lancers became a dynasty: “I had to do it five times.”

Not completely finished but definitely a nice visual and shopping addition to Richmond Street ⁦@VisitAmherstbrg⁩ pic.twitter.com/kSek7YIrkP

He was sitting in a corner booth in the event space above the bookstore now, with plush seats and room for 50 guests. Colleen said they could squeeze in 100, but only technically, not comfortably. (Disclosure: Earlier in the pandemic, the bookstore hosted a virtual event for my book, “Before The Lights Go Out,” but three years after publication, it is no longer on the shelves.)

Dozens of residents and local dignitaries were slowly settling into nearby seats for the launch of a new, temporary art exhibit. Peddie had connected with Art Windsor-Essex, the nearby gallery, to arrange for a free display of work by the Group of Seven in the event space above the store.

The installation — “Group of Seven: Not Formed in a Day” — runs through July 10.

“Can I tell you a funny story I haven’t even told him?” said Jennifer Matotek, executive director of Art Windsor-Essex.

When she was 10 years old, she entered an art contest through her school. It was connected to the new stadium opening in downtown Toronto. It was for SkyDome, where Peddie was working, and she won.

“I think I ended up getting tickets to one of the first games,” Matotek said with a smile. “I have a vivid memory of drawing the SkyDome. So it’s so weird meeting him in this way now.”

“My family has said: ‘Where’s our box seats for the Leafs?’” said Amherstburg mayor Aldo DiCarlo, sitting on the other side of the room. “I’m like, ‘I’m saving it, I think it’s a big one, and I don’t want to blow my chance.’”

DiCarlo is physics lab co-ordinator at the University of Windsor for his day job. Given the region’s proximity to Detroit, a significant portion of the population is devoted to the Red Wings, but he said he is a life-long and long-suffering Leafs fan.

He said he was born the year the team famously won its last Stanley Cup title: 1967.

“I tell my friends that I am what has caused the problem,” DiCarlo said with a laugh. “They will not win again until I die. Just hope you live longer than me and you’ll see it happen.”

As far removed as Peddie might be from his office at MLSE, his new project still has one haunting tie to his old job: On Richmond Street, River Bookshop sits at No. 67.