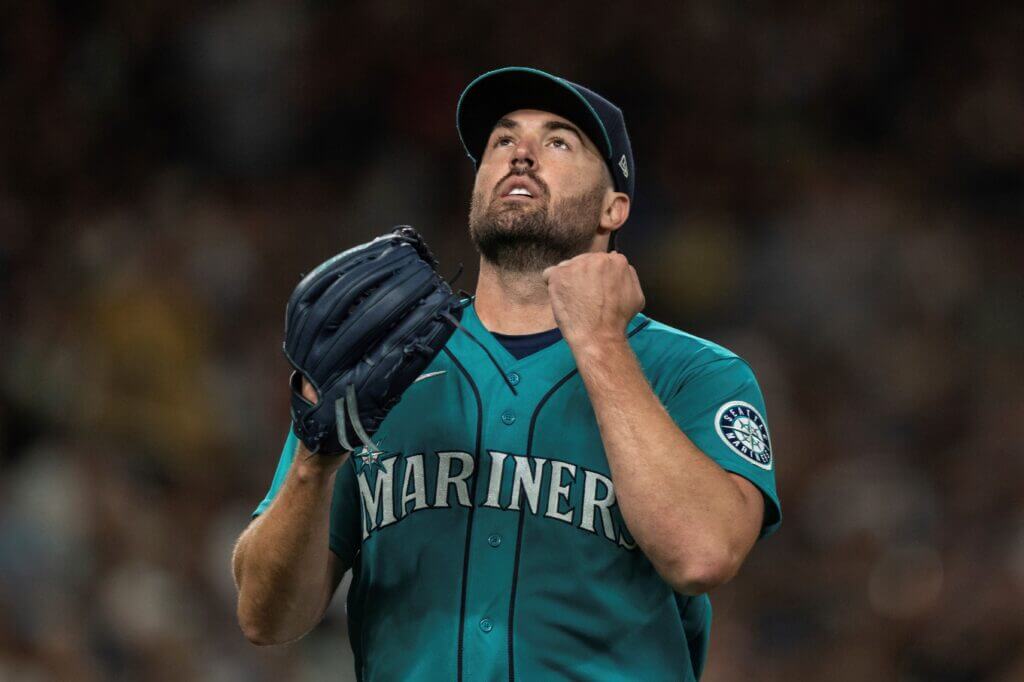 SEATTLE — Robbie Ray arrived at T-Mobile Park on Friday afternoon with a different look in his eye, and, maybe more importantly, a new plan of how to reverse his recent stretch of rough starts.

Ray allowed one run on five hits in seven innings with two walks and 10 strikeouts, maybe showing his best slider of the season, which led to 13 swinging strikes on that pitch alone and 23 whiffs for the game.

“You could tell from the first inning that he was getting after it,” Mariners manager Scott Servais said.

This was a rapid departure from his last two starts, both against the Astros. No shame in getting roughed up by one of the best teams in baseball, though that wasn’t much consolation for Ray after he allowed 10 earned runs over just 5 2/3 innings in two starts against Houston.

Ray didn’t factor in Friday’s decision, a 4-3 loss to the Angels in 10 innings, though his change in approach might be a sign of what’s to come for the 2021 American League Cy Young Award winner.

What that equated to was a heavy dose of four-seam fastballs with an average velocity of 94.5 mph, which was up from his season average of 93.3. That said, it was the slider that gave the Angels fits — no more so than the first two hitters, Taylor Ward and Shohei Otani. Those two combined for six strikeouts against Ray.

“He was really, really tough on lefties,” Angels interim manager Phil Nevin said. “I thought he was utilizing his game great.”

Once Ray got after the Angels early with his fastball-slider mix, he began to mix in more two-seam fastballs, which was the pitch he broke out earlier in the season during a rough start against the Astros. It gave him another look — and also something else for hitters to worry about.

After his last start, July 29 in Houston — Ray allowed four earned runs in 2 2/3 innings — he discovered something about his delivery that was amiss. He was getting too rotational and not using his lower half as much.

“I found something with my delivery. I really wanted to get into my lower half, and getting that drive down the mound,” he said.

That increased push with his lower half likely helped contribute to his bump in velocity. The slider has always been a big weapon for Ray, but Friday it had devastating movement.

“I thought it was outstanding, down below the zone,” Servais said. “He was really good. That was great to see tonight.”

Ray has a 3.96 ERA and Friday marked the sixth time he’s reached double digits in strikeouts. If Seattle is to make a second-half push, it’ll need more outings like this from Ray.

“I felt like that’s my Plan A (four-seamer and slider),” he said. “It was a conscious decision to toll with those (tonight).”

(Photo of Robbie Ray walking off the field after pitching seven innings against the Angels: Stephen Brashear / Associated Press)

US returns to Cambodia dozens of antiquities looted from historic sites

US returns to Cambodia dozens of antiquities looted from historic sites