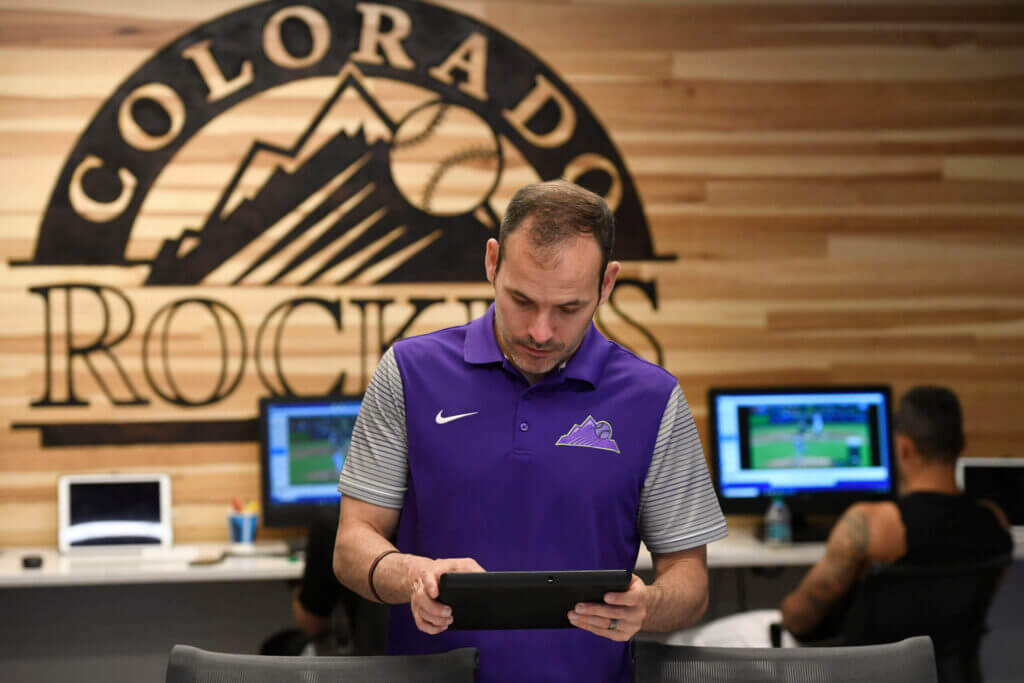 The Rockies steadily put their baseball operations research department back together again over the past several months, topped with a new director of analytics, Brian Jones, a club official said Friday.

Jones, who started with the Rockies in 2002 and over the past 16 years has worked as the team’s video coordinator, is well known and much-liked in Colorado’s clubhouse and front office. “Jonesy,” as he’s known around Coors Field, had been in charge of all video operations, including player analysis and scouting, and since 2014 has overseen the team’s instant-replay room.

He’s the one who relays to manager Bud Black in the dugout whether they should dispute an umpire’s call. He also tailors scouting videos for players and helps produce a package of advance scouting. When he started in that role in 2006, teams were still using VHS tapes.

Over the past two weeks, Jones has taken on his new analytics duties, and he will continue to perform his video scouting role through the end of the season.

In Jones, the Rockies promoted a familiar face who can bridge departments, among analysts, scouts, players and coaches. In other words, he speaks multiple languages.

The Rockies’ analytics department now totals about eight people. And the Rockies would like to add to that number during the offseason.

In March, during spring training, the Rockies suddenly parted ways with their last director of research and development, Scott Van Lenten, about five months after he was hired. The club did not say why the move was made, declining to elaborate because of a policy concerning personnel matters.

Van Lenten was hired from the Nationals and was put in charge of rebuilding the Rockies’ R&D department after a mass exodus of analysts. What had been the smallest analytics department in the majors was left as a department of one. Van Lenten hired several new staffers, and since his departure, more have left and more have arrived.

Miami football: Seen and heard at Hurricanes practice — ‘No. 26’ must be earned