Where were you when Tom Rogic scored that goal?

I was living in London at the time. Since moving there in 2015 I had tried many a Celtic Supporters’ Club or Irish pub to find the right home away from home but with every new location, Celtic suffered a dreadful result. The Cock Tavern in King’s Cross, The Queen’s Head in Stratford, The Sheephaven Bay near Camden. All hosted Celtic’s 7-0 thumping off Barcelona in 2016, or their Scottish Cup semi-final defeat on penalties to Rangers that same year, or their 2-0 defeat to Hapoel Be’er Sheva that almost ruined their 5-2 first-leg win at Celtic Park.

Each time I tried somewhere new and Celtic were a car crash, I never went back. The superstition grew that it was my fault, that having the audacity to want to watch games among fans in jovial atmospheres was karma leading some higher power inflicting misery on the team, and I increasingly just watched the games at home.

When it came to the 2017 Scottish Cup final, I was taking no chances. My housemates were out so I watched it home alone, a ball of nerves until Rogic poked the ball home to confirm Celtic’s undefeated domestic season in the 92nd minute. There was so much pent-up energy, relief and euphoria that could not be transmitted into hugging strangers in the pub or four rows down in the stands, that was released instead by repeatedly running up and down the stairs. By myself. While making strange, inexplicable yelps. Anyone looking in the window would have seen a truly pathetic sight.

That was where I was when Rogic scored that goal.

I tell that story because it would be an insult to Rogic’s Celtic career to go down the route of granular analysis when commemorating his nine-and-a-half years in Glasgow. If you assessed the stats, tactics, trophies and technique of the player, Rogic would come out magnificently. He scored plenty of goals and produced plenty of assists, many of them monumentally important during both Celtic’s nine-in-a-row era, and also during his renaissance this season. His first touch, close control, technical ability and vision are among the best seen in the jersey this century.

But no Celtic player in my living memory is as emotional a footballer as Rogic. I do not mean he weeps 30 seconds into Paddington 2, though I would gain even more respect for him if he did, but the emotions he stirs in those who watch him. The moments he has created — the wondergoals, the inventive passes no one else in the ground can even conceive of, the languid dribbles through an entire opposition — produced joy, relief, awe, and devotion like no-one since Shunsuke Nakamura.

Like the implication behind former Italy striker Alberto Gilardino’s famous goal celebration of playing the violin, Rogic — if you will excuse a little pretentiousness — transcended sport into music. The rumbling brass as he wrestles away from his marker. The feathery strings as he dances away from lunging tackles. The climactic bass drum as his shot thunders into the top corner. It would be a desecration of art to break down his Scottish Cup-winning goal frame by frame — the best way to do it justice, as Youtuber murphman1888 was inspired to do, is edit in Nessun Dorma.

Fans can be so intoxicated by the magic the Wizard of Oz conjures that they lose control of themselves, an emotional response so visceral it defies any kind of logic or social acceptability. Even, say, running up and down stairs while involuntarily yelping. Brilliantly unpredictable, he is a distillation of why we love football; he finds the harmony between talent and instinct to create those moments of high emotion people remember forever from nothing more than pieces of synthetic leather stitched together.

The fact that his genius is flawed makes him even more treasured. He is slow and has a tendency to drift in and out of games. Before Ange Postecoglou arrived, his fitness levels were also such that he rarely lasted longer than 65 minutes every game, and he could hardly have been  described as the most defensively diligent. His deficiencies perhaps held him back from a move to a top five league, but it meant Celtic got to enjoy him for the peak of his career.

He is a playmaker out of time then, a throwback to the 1990s and early 2000s era of visionaries like Juan Riquelme or Pablo Aimar who were unshackled from concepts like “pressing” or “late runs into the box”, and instead scored 25-yarders or threaded inch-perfect assists while virtually standing still. That timelessness of pure talent overcoming robotic professionalism adds to his mystique. 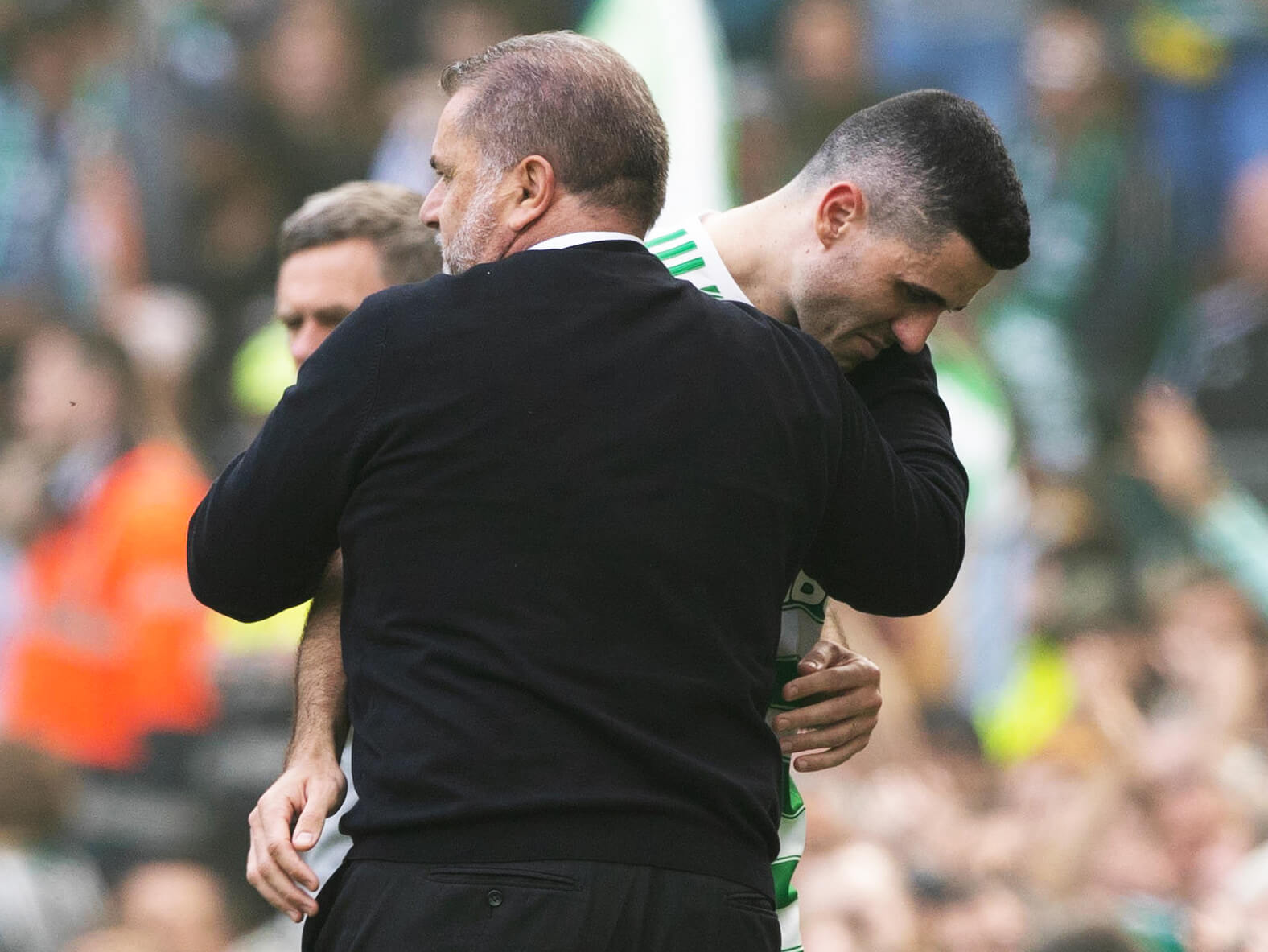 But his final gift to Celtic, one appropriately sentimental, was hanging on for one more triumph. In 2020 Celtic accepted an offer from a Qatari club for Rogic, but even though it was more money than his Celtic contract and would take him thousands of miles closer to his friends and family in Australia, he wanted to stay for Celtic’s targeted 10-in-a-row dream. After that collapsed he was determined to make amends and leave on a high, rather than through the back door after such a nadir. He then produced his best season as a Celtic player as they regained their title.

Against Motherwell in the final of his 272 club appearances his every touch was applauded, and he was inches away from a final goal when he latched onto a Filipe Jota cross and his shot hit the post. When he was substituted with the final third to go, he received not only the loudest cheer of the day but one of the loudest of the season. There was not a dry eye in the ground, not least Rogic as he strolled off for a lengthy bear hug with his manager, compatriot and the man who helped enable his redemption this year. Perhaps he is that kind of emotional too.

Celtic offered him a contract extension beyond 2023, but he decided he wanted a new challenge. His job, as he saw it, was done. He walks, with that hunched gait and shy smile of his, into the sunset as a club legend and the artist behind some of the most special moments in their modern history.

Speaking of which — where were you when Tom Rogic scored that goal?