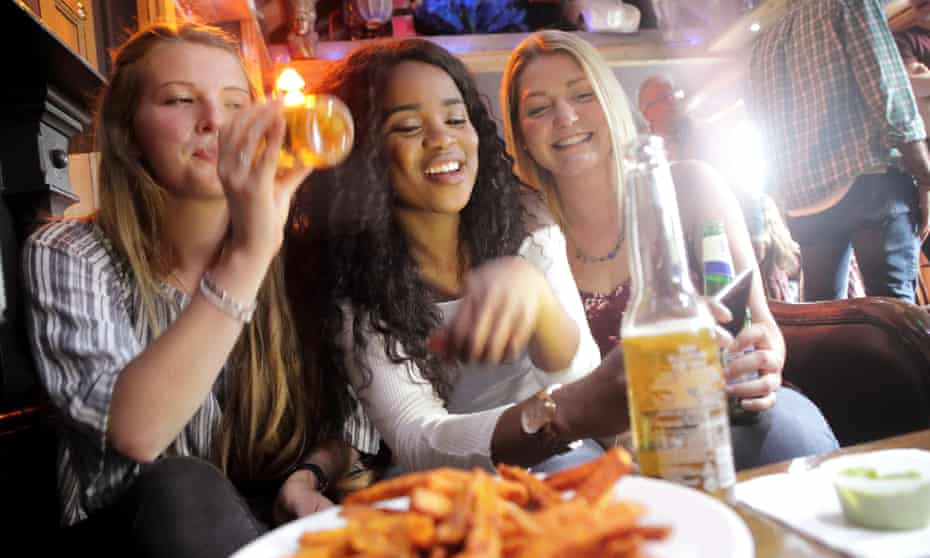 I’m sceptical of ‘happily ever after’. Platonic love is the key to wellbeing

The importance of romantic love is drummed into us from early childhood. Popular culture and advertising conspire to tell us that there’s one route to a fulfilled life: finding the love of your life, who holds the key to your happily ever after.

Modern trends in romantic relationships get anxiously picked over through the cliche of happily ever after: people settling down and having children later, the fact that twice as many marriages end in divorce today than they did in 1970. But these trends don’t tell us that romantic happiness has become more elusive. Instead, they reflect social progress and the dismantling of taboos and that the belief in romantic love as the route to fulfilment is more myth than reality for many.

It is true that falling fertility rates pose a huge societal challenge – how to ensure people can age well with dignity in a society where there are more older people than working-age taxpayers. We should be rightly concerned if men and women are having children later than they want to because they can’t afford it.

But people settling down later is a product of women having aspirations beyond “wife” and “mother”. And it is a good thing if people are getting married later as a result of making wiser relationship choices, and if relationships break down as a result of people escaping deeply unhappy, and sometimes abusive, relationships.

Like many, I bought into happily ever after as a teenager and spent my 20s searching for the love of my life. A decade and a small handful of lovely – and not-so-lovely – relationships later and I’ve realised that a happy romantic partnership that lasts a whole lifetime is probably something only a minority of people will ever achieve. Sustaining a lifetime relationship is actually quite an advanced emotional skill and, for various reasons, relating but not limited to their childhood and early adulthood experiences, it’s one lots of people don’t have.

The only way to force society into this mould comes at great cost: make marriage the only option to survive for half of humanity and reprogramme divorce as taboo.

The upside of understanding how much we’ve all been oversold on romance is the realisation that platonic love has just as an important role to play in our lives. My female friends have pretty much every relationship configuration covered between them: happily and unhappily partnered or single, children and no children, decades-long and honeymoon-fresh relationships.

The thing we have in common is how much we rely on our friendships with each other to get through it all. It’s no surprise to me that study after study shows that quality of friendships is a critical predictor of wellbeing; conversely, isolation and loneliness are bad for our mental and physical health. Contrary to the sad-sack stereotypes, single people actually enjoy more social connection on average than those who are married.

But as my friends and I often observe with respect to the men in our lives, there is a friendship gender gap. Despite everything that women face in our society – the threat of male violence and workplace inequality that affect women of every class – I would always, always choose womanhood, for the simple reason I cannot imagine life without the rich intimacy of female friendship.

Male friendship and connection is something we should be talking about in relation to men’s mental health: suicide is the biggest killer of men aged under 45. Evolutionary theories of gendered friendship – the idea that male and female brains have evolved differently over thousands of years and that this affects capacity for emotional connection – have been overplayed to the detriment of us all. In fact, developmental psychologist Niobe Way tracked hundreds of boys through their friendships and found that in early adolescence they enjoyed intimate friendships centred around secrets and feelings, but in later adolescence, around 16, a mix of societal misogyny and homophobia drums it out of them.

This is toxic masculinity at work: the harmful gender stereotypes – boys are strong and don’t cry, girls are sweet and passive – that children get bombarded with through TV, toys and even their clothes. Sure enough, they become a damaging self-fulfilling prophecy.

This is why challenging the pernicious impacts of patriarchal toxic masculinity on men is just as important as those on women: you cannot have one without the other. Feminists have rightly long challenged men-only spaces that are about excluding women from power and progression. But boys and men do need different sorts of spaces to support and relate to each other in the face of damaging gender expectations. Michael Conroy delivers workshops with boys in schools to help them challenge these expectations, but reports encountering some resistance to single-sex work with boys. The Men’s Sheds movement is an initiative to improve the health of older men, particularly through social connection; it, too has faced some controversy over its legitimacy as a men-only space.

An overdue recognition that marriage, kids and grandkids is not the only root to a fulfilled life is exciting – it opens the door to rebalancing the value we place on romantic and platonic love. But unless we find a way to stop impeding boys’ natural capacity for intimacy and connection, men are at risk of missing out.

‘We’ve earned better than this’: voters give their verdict on the Australian election

Martin Rowson on Partygate and No 10 restructuring – cartoon

The Guardian view on the Partygate investigation: blame the system

Don’t just condemn our lying PM: save some anger for the cowards who enabled him

Lawbreaking, rich lists and yet another ‘shakeup’: it’s a normal week at Tory HQ

‘We’ve earned better than this’: voters give their verdict on the Australian election

Martin Rowson on Partygate and No 10 restructuring – cartoon

The Guardian view on the Partygate investigation: blame the system

Don’t just condemn our lying PM: save some anger for the cowards who enabled him

Lawbreaking, rich lists and yet another ‘shakeup’: it’s a normal week at Tory HQ

‘It still gives me nightmares’: the firefighters on the frontline as the world burns

Oh no. Is Jeff Bezos preparing to run for office?

Boris Johnson and I agreed on Northern Ireland. What happened to that good faith?