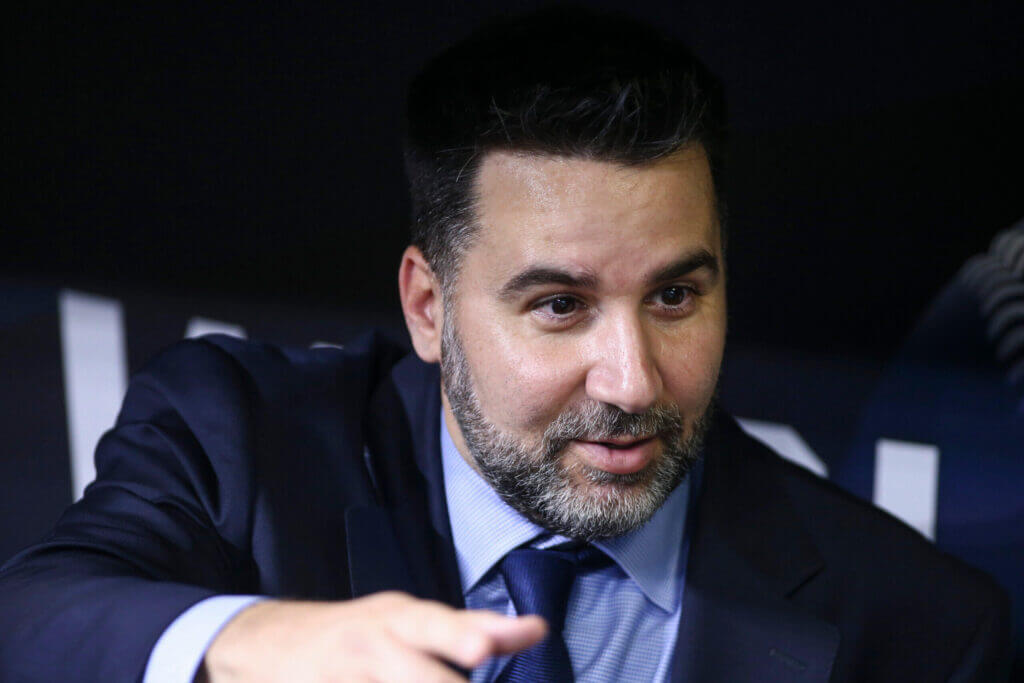 ATLANTA — Alex Anthopoulos was less a general manager than he was a sorcerer at the trade deadline last season. A general manager trades for four outfielders of modest talent in hopes of spackling enough holes to make a run at a winnable division. A sorcerer trades for those same four players, dips them in magic waters and then laughs in October while 29 other GMs wonder what just happened.

A sorcerer fires lightning bolts from his fingertips and muses as Eddie Rosario, acquired for the fluffy nougat remains of Pablo Sandoval, hits .560 with a 1.647 OPS in the NLCS, and Jorge Soler goes from a .192 batting average with the Royals to World Series MVP with a 1.191 OPS and a home run in Houston that still hasn’t landed.

What does a general manager do for an encore?

“I’m going to pull a Costanza. Do the opposite,” Anthopoulos joked Sunday.

Hey, it could work. It worked for George.

“I want the complete opposite of tuna on toast! Chicken salad! On rye! Untoasted! With a side of potato salad! And a cup of tea!”

Anthopoulos, more seriously, said only of the approaching deadline: “For now, I’m just staying engaged like all the other teams.”

These were the safest words he could utter without tipping off anybody about his plans.

The Braves won Sunday, this time on a walk-off double by Austin Riley to bring home Matt Olson for the game’s only run against the Diamondbacks. The game reaffirmed that while there’s some debate about what the Braves need most before Tuesday’s trade deadline, Anthopoulos’ top priority should be a private driver for Riley and a roll of bubble wrap to keep him safe between games because he just broke Hank Aaron’s franchise record for extra-base hits in a month with 26 and hit .423 in July.

This isn’t anything like a year ago when the Braves were 51-54 going into the deadline. The team had accumulated too many injuries, notably losing Ronald Acuña Jr. with a torn ACL, but trailed the Mets by five games — a small enough deficit to convince Anthopoulos to try to make some improvements in hopes of getting to the postseason, without necessarily going all in. This team is well above .500 (62-41), within three games of the Mets and a World Series contender. The question is whether the Braves most need another outfielder (after losing Adam Duvall), a starting pitcher or a reliever.

Regardless of what Anthopoulos decides, be certain of this: He has earned the benefit of the doubt — from fans, media and seemingly every player on the team. He borderline walks on water with players in the clubhouse, which isn’t necessarily common in general manager-player relationships across professional sports. Consider this sampling of comments Sunday:

• Ian Anderson: “We have confidence and trust in Alex that he’s going to do the right thing. He sees the group we have, and sometimes he sees what we need better than what we see.”

• Travis D’Arnaud: “I’m not not really stressing about it. Curious might be the right word. Alex has made some great splashes, so it’ll be interesting to see what pieces he thinks would get it all together.”

• Max Fried: “It’s kind of over my paygrade, but I trust him to make that call.”

Last year’s trade deadline magic and the World Series title that followed obviously elevated Anthopoulos in their eyes. But the respect was there almost from day one of his arrival in 2018.

He followed the mud-splattered regime of John Hart and John Coppolella, which included Hart loudly dressing down Snitker after a game for a bullpen decision — which was heard by, and upset, players — and both executives getting hammered by MLB for an international signing scandal. Nick Markakis told Hart, in his own way, that if he ever did that to Snitker again, Hart would have to deal with him.

Markakis said of Anthopoulos then, “He’s just been a very good communicator. To make anything work and be successful, you have to be a good communicator. I learned that early myself in marriage. Everything’s based on communications, knowing guys, knowing what their roles are and everything. … He’s (in the clubhouse) enough to make his presence felt. There are some GMs who, when they walk in, everybody leaves the room.”

Snitker said he speaks to Anthopoulos daily but doesn’t necessarily see him much because the general manager spends most of the games in his office, behind the right-field stands.

“He might come down here and grab a sandwich every now and then, but he’s up there busy working, pounding phones,” Snitker said. “I’m sure he’s got boards everywhere with names. He does his homework. He watches video. He gets out of the box with guys as good as anybody I’ve ever seen. He never shuts it down.”

At this time a year ago, everything worked, beyond even Anthopoulos’ expectations. The franchise won its fourth straight division title in as many seasons since he took over and then its first championship in 26 years.

The GM has built up a lifetime of credit points. Now when the trade deadline approaches, everybody just assumes he’ll make the right decision — even if he pulls a George and does just the opposite of what everybody expects.