A damning new report has found that Southampton failed to respond to warnings regarding Bob Higgins, which led to the disgraced former youth football coach being able to continue sexually abusing boys for many more years.

Southampton Football Club admitted to a “complete institutional failure” and said those employed at the time, including board members and managers, should have known and stopped the abuse from taking place.

But The Athletic has been told by one of the victims that the independent review by children’s charity Barnardo’s hasn’t gone far enough.

Former academy player Lee Smith, who was abused by Higgins for three years during the 1980s, is disappointed the report failed to name employees at the club because they will not be held accountable for their actions at the time.

The review has been released today (Friday), 20 months after the process started. Those who participated in the report, including former managers and board members who worked for the club in the 1970s and 1980s, were given anonymity.

“There is not really anything new in the Barnardo’s report we didn’t already know,” Smith told The Athletic. “Although I believe this is an honest and fair inquiry, I am disappointed these senior individuals are not named.

“These individuals don’t know the agony and pain we have gone through and still go through every day. Does this inquiry give me closure? No, it doesn’t, because not one individual has been held accountable.

“It was also disappointing to read that certain individuals refused or never replied to the inquiry but instead hid behind their solicitors for protection. Again, I hope their conscience is clear.”

Among its many conclusions, the Barnardo’s review details how employees at the time missed several warnings and could have stopped Higgins earlier, which allowed him to commit further indecent assaults for many years.

And 46-year-old Smith, who previously waived his anonymity to give evidence against Higgins, added: “After reading the report and hearing that senior figures from Southampton, the Football Association and the Football League could and should have done more, it proves that this was swept under the carpet — as we first thought.

“We were let down by so many senior individuals and I hope they can live with their conscience. How can these people not know that any boys stayed at Higgins’ house over such a long period?

“It just goes to prove he was left to his own devices and to do as he pleased.”

Who is Bob Higgins and what has he been found guilty of doing?

Higgins, 62, is a former youth football coach who was sentenced to 24 years and three months in prison in June 2019 for abusing young players, with most of them being signed to Southampton and Peterborough United.

He was first charged with 65 counts of non-recent indecent assault in 2017. In his 2018 trial, Higgins denied all charges and was found guilty on one charge of indecent assault, not guilty on another. The jury was unable to reach a verdict on the other charges.

However, a retrial took place in May 2019, and the former employee of Southampton was found guilty of 45 counts of indecent assault between 1971 and 1996. Judge Peter Crabtree described Higgins as “predatory, cunning and manipulative”.

What does the report say?

The Barnardo’s review concludes with a series of damning indictments, most notably that Southampton’s board of directors “minimised and disregarded significant concerns about Higgins” and “persistently failed in exercising a duty of care to boys”, which “left them and other boys vulnerable to ongoing abuse by Higgins”.

Ultimately, the review says the actions of Southampton’s board members led to many more years of sexual abuse carried out by Higgins.

Furthermore, it explains how a letter sent by the chairman of the FA to all clubs in 1987 suggested there were questions being asked about Higgins’ behaviours, but that Southampton still failed to take action and left the disgraced former youth football coach free to continue his abuse.

Barnardo’s also reveal how there is no record of the club reprimanding Higgins during his time as an employee of Southampton and that it was only after he left his role that they contacted the police, as well as detailing that they couldn’t determine who knew what and when.

Another damning conclusion from Barnardo’s said, “The club took no action to explain to the boys why their coach had suddenly left the club’, and that “they (the boys) were offered no support” in the aftermath of his unexplained departure. 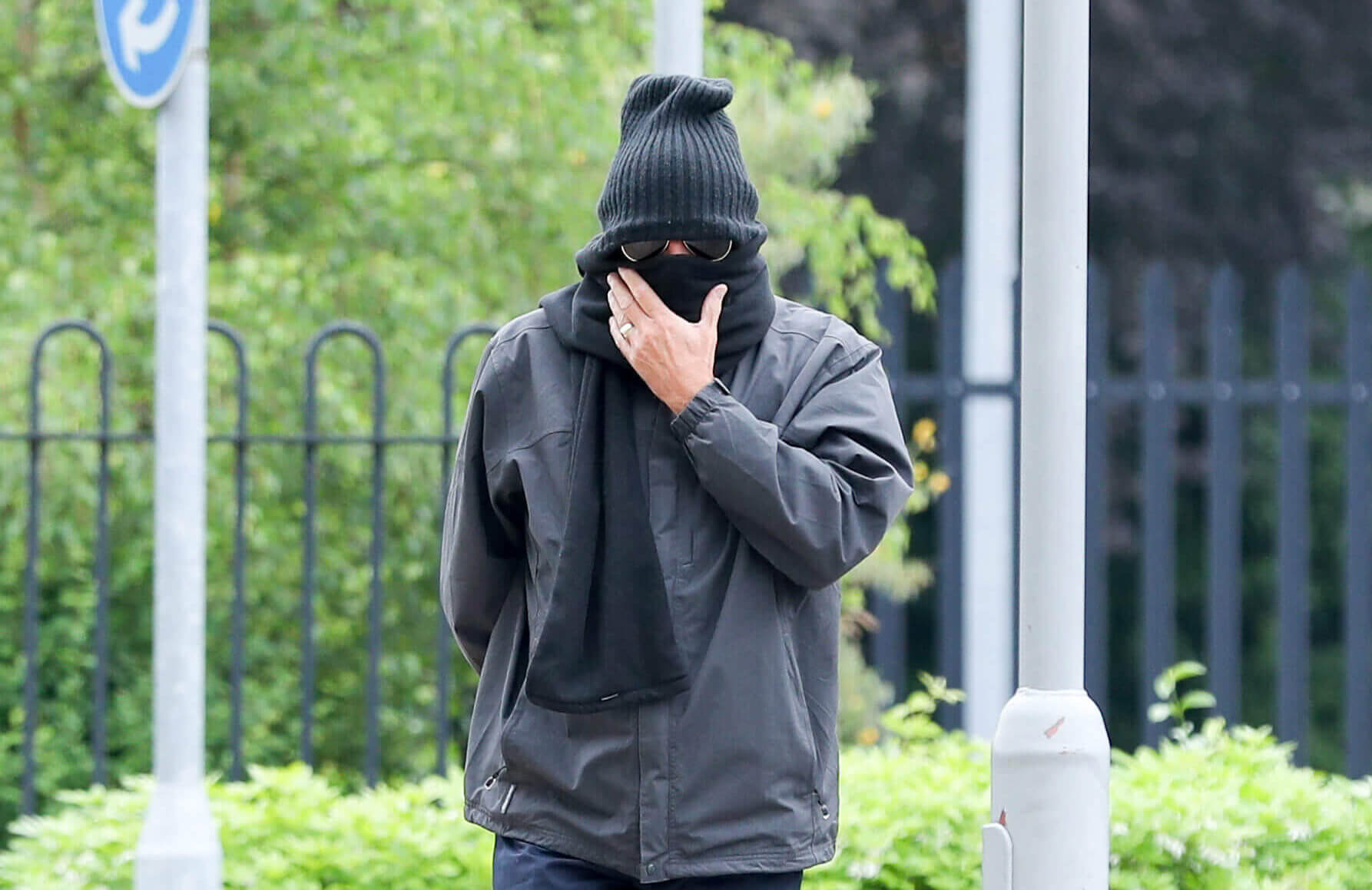 Bob Higgins covering his face as he arrives at Salisbury Crown Court in 2018 (Photo: Getty Images)

How far does it go?

It is undoubtedly a strong review that goes further in its criticisms than the Sheldon Review (an FA report into historical child sex abuse in football that was released in March), but still only points the finger at the club as a whole rather than naming board members, managers and other employees.

This leaves the door open to speculation as to who is who in the review, while failing to give the victims, as Smith told The Athletic, any sense of justice.

Smith explains how this review doesn’t represent closure as the negligence of those who worked in senior positions at the club will go unpunished.

The conclusions throughout the report are cutting, and paint a clear picture of systemic, institutional failure within the club. That is some strong criticism but the report still fails to detail the figures employed by the club who ignored warnings and allowed the continuation of abuse, even if it was unbeknown to them.

Why has nobody been named?

The review process section of the report states: “While the accounts shared with us have been taken directly from our conversations with the men who chose to contribute to this review and we have chosen to anonymise these, it should be acknowledged that some individuals were happy to waive their anonymity and be named. We took the view, however, that it was important not to use real names or use information which would allow the men to be recognised.”

Whom did Barnardo’s speak to?

Barnardo’s says that it approached or tried to make contact with 70 individuals over 20 months, but that not all of them returned calls or emails. Some said they had been advised by their solicitors not to participate.

Throughout the report, there are conversations with former board members, managers, members of staff and the men who were boys known to Higgins.

Of the men who were boys known to Higgins, 26 of them came forward to detail the traumatic experience they went through as a youth player at Southampton.

Barnardo’s went on to highlight how current members of Southampton’s senior leadership team provided full access to the relevant files and documentation as well as providing a list of current and former employees.

How did Southampton respond?

Southampton admitted “complete institutional failure” and have held their hands up to everything levelled at them in the Barnardo’s review. They also point the finger at former employees of the club and criticised them for not taking action.

Their response started with, “Why did nobody do anything?” — a theme that is continued throughout the statement. While making it clear the abuses should never have occurred, the club highlights the changes that have been made to prevent such atrocities from happening again.

What did the club say about their former employees?

“We doubt anybody at the club at that time wanted the abuse to occur,” their response read. “However, no one in a position of power did anything to find out what was going on, to take action to make sure the abuse was stopped and properly reported once it had been discovered or to offer support to those who were targeted by Higgins.

“Those holding power at the club should have known what was going on at a much earlier stage. We have seen evidence that even when senior figures did find out about the allegations of abuse at the time, they seemed to do nothing to act and still failed to properly report the abuse.

“We have heard that some former employees of the club are of the opinion that these events should have a different standard applied to them because they happened so long ago. We fundamentally disagree with this view.

“Regrettably, we have to conclude that it was because it was simply easier not to see the signs of potential abuse, not to listen to the children who were abused, not to properly challenge Higgins and not to stand up against his disgraceful behaviour. Too many people at the club and in other organisations knew or should have known what was going on. They all failed to act.”

Who else replied to the review?

It is claimed that those who responded “asserted that as board members or as managers at the time, they were not aware of any rumours about Higgins’ behaviour”.

Barnardo’s included a response, which suggested the report casts aspersions on “highly respected professional men in Southampton and country gentlemen of the highest integrity”.

All concerned made it clear that the idea any board member or manager had any awareness of Higgins’ abuse was simply not true.

The report states: “While we have been unable to confirm exactly who knew what and when, we have drawn on research and experience, and have made our own professional judgments about what happened and what was likely to have been known at the time, based on the ‘balance of probabilities’, to reach our conclusions as outlined in this report.”

For Southampton, the review was commissioned to look at what went on at the club during the 1970s and 1980s, when Higgins was able to freely abuse boys. But they also wanted Barnardo’s to determine what has been done since to ensure such criminality isn’t allowed to happen again.

Yet it is hard not to feel the victims will have a genuine sense of closure until justice is served to those who should have known what went on and who failed to act despite the warnings.

Get all-access to exclusive stories.

Subscribe to The Athletic for ad-free, in-depth coverage of your favorite players, teams, leagues and clubs. Try a week on us.

‘Your generation got us in this mess’: children of big oil employees discuss the climate crisis with their parents | Climate crisis

What do you do when your family has deep ties to the oil and gas industry, yet all agree that burning fossil fuels is accelerating the climate crisis? For one family, the fossil fuel industry’s role in stoking the...

Early in the third period Monday night, many fans who had managed to stay awake through the first uneventful, slow-paced 40 minutes of the game probably wondered what the Stars were doing locked in a slugfest with...

‘I thought I was a free man’: the engineer fighting Texas’s ban on boycotting Israel | Texas

For more than two decades, Texan civil engineer Rasmy Hassouna was a contractor for the city of Houston. Hassouna has consulted the city on soil volatility in the nearby Gulf of Mexico – a much needed service to...