It’s a midweek evening. Yan Valery is recounting what happened to him earlier in the day.

“Today in the barbers, I saw an older teenage kid in there with me,” he says. “I could tell he was looking and a bit shy. Eventually, he asked if he could take a picture.

“We just started to talk. We left the barbers at the same time and I noticed he was having to carry his bag. I wondered where he was going and he said, ‘Well, I have to go to the bus stop and wait for my bus’.

“I live in Winchester so I asked him if it was on the way and he just nodded. I offered to drop him off and I could see he was so happy. He was surprised because he saw me as a Premier League player, but I’m just a human. Yes, I play football, but I’m not better than someone who drives a bus — I’m just normal.”

Speak to those inside Southampton about Valery and they will describe a 23-year-old man who has impressed them over the past year. His mindset and maturity have been transformed, with a stable family life credited for helping him overcome a number of setbacks.

It is nearly four years since Valery made his Premier League debut against Manchester United, but this season, it seems, marks the second chapter of his Southampton career.

Born in Champigny-sur-Marne, a southern suburb of Paris — “Half of the area nice and the other really not” — he started to play football when he was six, but soon stopped.

“When it was cold, the coach used to make us run around the pitch to warm up,” he tells The Athletic. “I didn’t like this. I only wanted to play football. I told my mum I wanted to try something else.

“My parents worked a lot, so I would go to the local youth centre and other sports would be going on. I played tennis, basketball and different mixed martial arts like jujitsu, judo and taekwondo.

“But when I was nine, I came back to football. I kept asking my mum to go, but she remembered the last time. She would say, ‘Oh, are you going to quit again?’ But the people who lived near us eventually convinced her.”

Valery only has good memories of living in the French capital with his parents and two younger sisters, but at the age of 14 he signed for Stade Rennais, moving 350 kilometres west without his family.

In Rennes, he started as a centre-forward but gradually dropped deeper, with spells in attacking midfield and on the right wing, before being moulded into a right-back — the position he considers his strongest.

A year later, interest from elsewhere surfaced. Stade Rennais were competing at an international tournament and teams from across Europe were invited. A scout from Southampton attended.

When he turned 16, Valery signed scholarship forms with Southampton and lived with a host family near Staplewood, the club’s training ground. He still keeps in touch with his host parents, Natasha and Andy, who also looked after two team-mates, Thomas O’Connor and Aaron O’Driscoll.

“I had the choice to stay where I was or go to another country,” Valery says. “There were some clubs in Italy interested, like Inter Milan. But I wanted to go to Southampton because I knew they were good for youth players.” 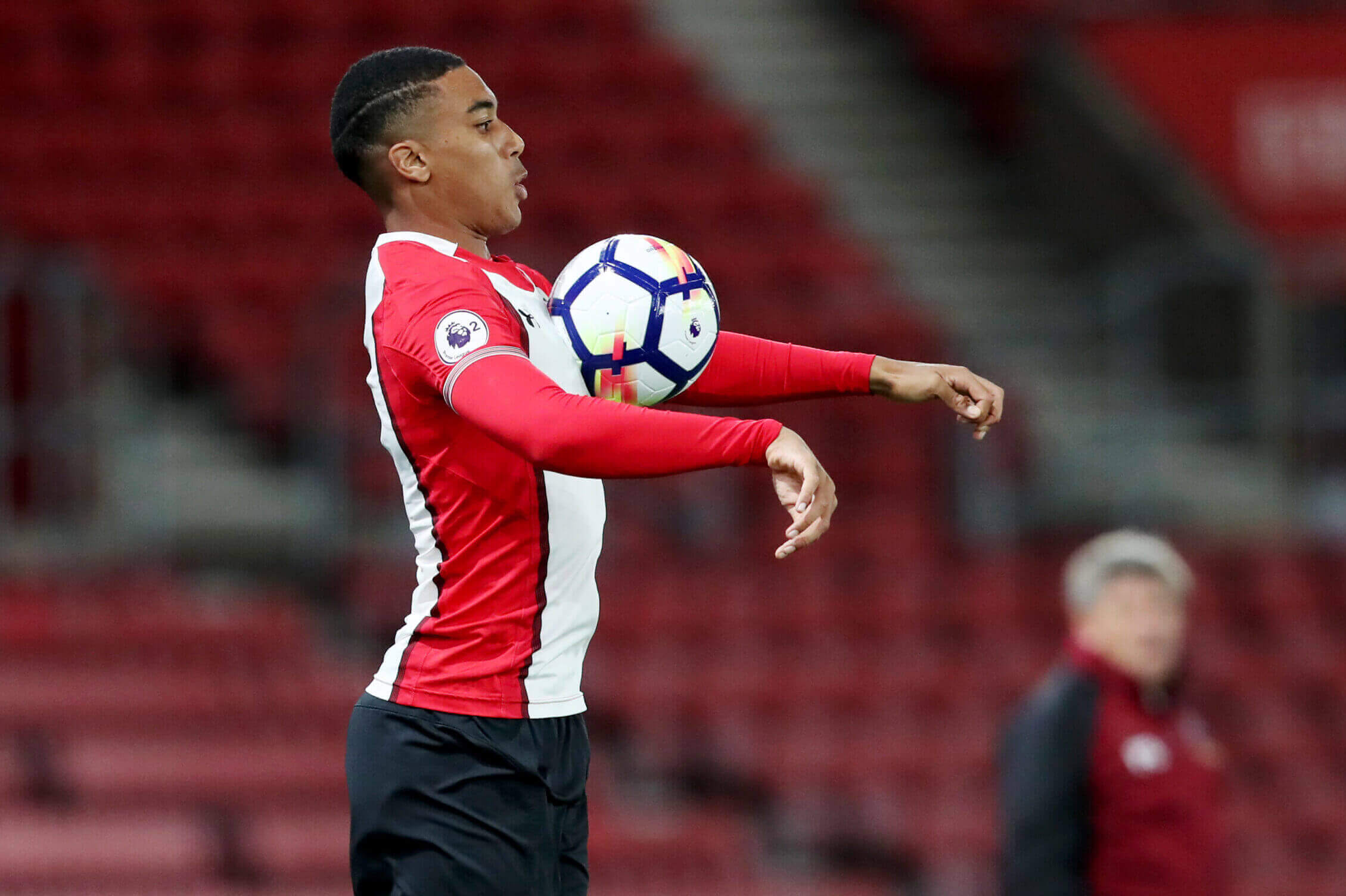 He quickly became regarded as one of the club’s most precocious talents and, later that year, during an international break, stepped up to train with the first-team under Ronald Koeman. After signing his first professional contract in February 2016, Valery joined the pre-season tour of the United States under incoming boss Claude Puel.

However, it was Mark Hughes who, two and a half years later, handed Valery his Southampton debut. He played in an EFL cup game away to Leicester City, then in the Premier League in a 2-2 draw against Manchester United.

“I was so happy,” smiles Valery. “Before the game, I was not nervous, just so excited. I remember the next morning Hughes asked to see me and Michael (Obafemi) in his office. He told us we would be with the first-team full time and we could move our stuff into the changing room.

“We were so happy… until he got sacked the next day.”

Coaches told the academy what to expect from new boss Ralph Hasenhuttl — a coaching style based on pressing and counter-pressing that required younger, more malleable players — but Valery also made his own enquiries.

“I asked my friend Ibrahima Konate, who worked with him at RB Leipzig, and he said it was true that he liked young players.

“I remember the first game against Cardiff. He played me but I was doing some silly tactical mistakes. I got booked and he didn’t want to take the risk. I was subbed at half-time. It was only my second Premier League game and I remember thinking, ‘It’s finished for me, I’m not going to play again’.

“But in the following game against Arsenal, I did. I knew then he either liked me or felt he could trust me. We won 3-2 and from then on I kept playing and gaining confidence. I honestly felt I had nothing to lose.”

Trust is a word Valery often uses. Without trust, he explains, you cannot gain confidence — an intangible that pours petrol on the fire of any young player’s improvement.

“Even now, when academy players are training with us, I always want to remind them to keep sticking to who they are,” he says. “Of course, you have to listen to the coaches and what they want, but I tell them your strengths are the reason you are training with us.

“I remember the first pre-season I did with Puel. I was not scared but I did not want the ball as I didn’t want to make a mistake. But when you think like this, that’s when you make one.”

The 2019-20 season marked Hasenhuttl and Valery’s first full campaigns. The right-back’s struggles were indicative of the team’s broader dip. Just before the turn of the year, Valery suffered a severe bout of glandular fever that left him unable to train or play for three months.

“In that season, I had my health and personal problems,” says Valery. “My mum was also ill. I just had a lot of problems that kept on coming.”

The next season proved an impasse, with inconsistency and insufficient opportunity stifling progress. A loan move to Birmingham City was hastily arranged in January 2021. Tellingly, even with a paucity of options at full-back, Hasenhuttl sanctioned Valery’s departure. 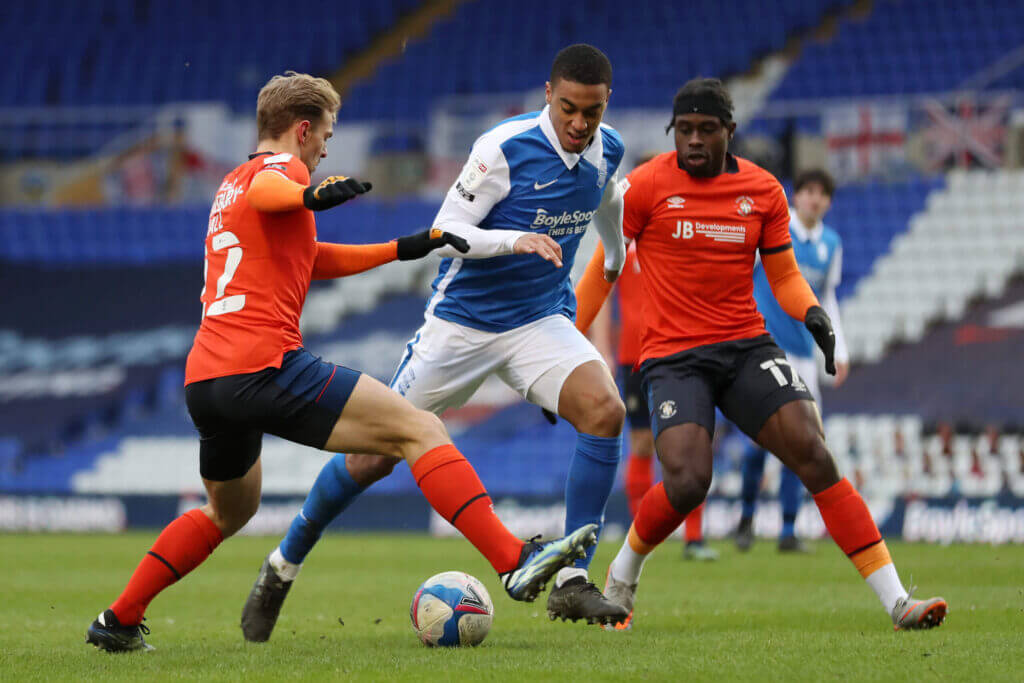 “I’ve got a strong family around me and they were always there for me,” says Valery. “It helped me a lot to pray, to have God. I just overcame it. Last season, some players would tell me how impressed they were after everything that had happened.

“To be honest with you, it was a period of my life where I was so frustrated and I just wanted to play football. Clubs in France and other teams wanted me but there was always a little thing that meant it could not happen.

“Eventually, Birmingham came in. My agent asked if I wanted to go and I said, ‘Listen, I need to play. I can’t stay here and not play again for six months, I’m going to get crazy’.

“But after a couple of weeks there, the coach (Aitor Karanka) got sacked and the new coach (Lee Bowyer) told the loan players we were not going to play.”

It should not be forgotten how low his standing at Southampton was this time last year. He was trialled, fleetingly, in more advanced positions at Birmingham, but could not shake preconceptions about his defensive acumen.

“I came back for pre-season and then proved myself again,” Valery says. “The coach wanted to keep me and it was time to trust me again. I got through it all because of my mentality. I get all these things from where I was raised.” 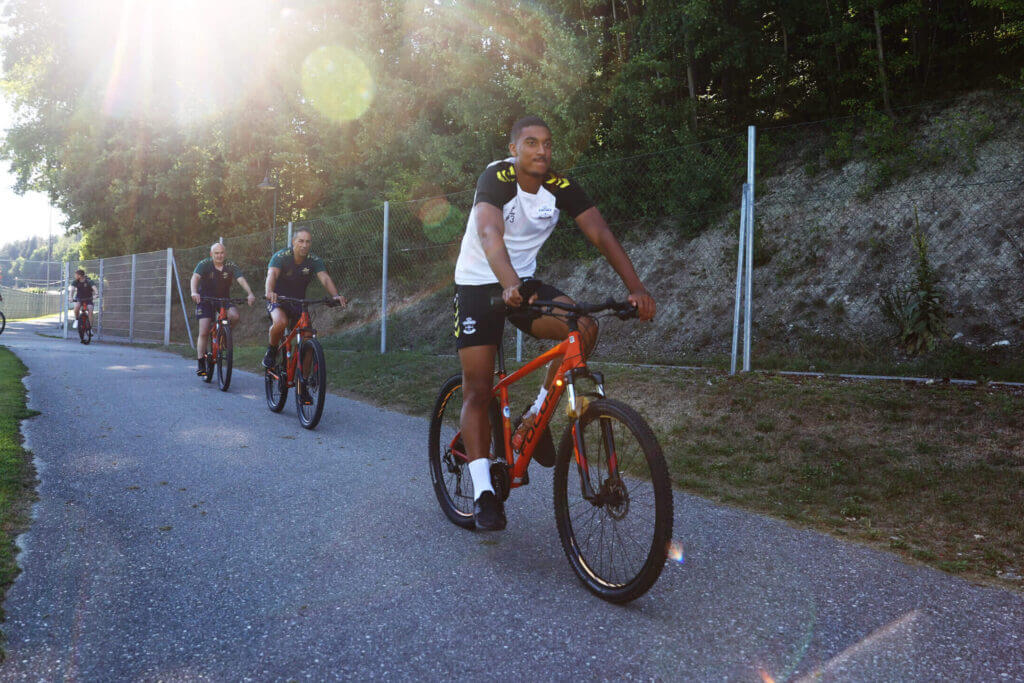 One of the firmest indicators of Valery’s maturity is his bond with fellow right-back Kyle Walker-Peters. The pair are said to be largely inseparable at Staplewood and, irrespective of competing for the same spot, Valery is adamant there will never be any envy.

“He is someone who says what he thinks and I love this. I don’t like people who are fake. I’m not a person who is jealous because he plays the same position as me.”

A further reflection of Valery’s growing maturity is his acceptance of an evolving role. The manager now deems the Frenchman a centre-back — a position he was reluctant to play at first.

“I was not so happy to play there because I’m someone who likes to take risks and go forward,” he admits. “But after my first game in that position against Chelsea, I actually liked it.

“I slowly started to see myself in the centre-back spot, even if I still prefer playing right-back. If that’s where I can get game time, then I’m going to work hard in that position.

“The main thing I want this season is to play. Not play one game then for four weeks sit out, before coming in again. That is not how you build your confidence or improve. I just want to play regularly and get back to doing what I love.”