Horror was the name of the game at the 2022 Sundance Film Festival, with genre flicks like Nikyatu Jusu’s “Nanny” and Mariama Diallo’s “Master” proving that scary movies are more than capable of competing with the standard festival fare. A cornucopia of those titles premiering in January always means that indie horror fans are in for a treat when the fall rolls around, and this year is no exception.

One of the first big Sundance horror films that fans will get to see this fall is “Speak No Evil,” Christian Tafdrup’s eerie Danish film about a vacation between two families going horribly awry. The movie was a critical darling in Park City and is certain to terrify the general public when it comes out next month.

Per the official synopsis, on a vacation in Tuscany, two families – one Danish, one Dutch – meet and become fast friends. Months later, the free-spirited Dutch family extends an invitation to the more conservative Danish one for a holiday weekend getaway at their countryside home. However, it doesn’t take long before things gradually get out of hand as the joy of reunion is replaced with misunderstandings. The Dutch hospitality quickly turns unnerving for the Danes, and they find themselves increasingly caught in a web of their own politeness in the face of eccentric…or is it sinister…behavior.

In her IndieWire review of the film, Susannah Gruder wrote that “there are some horror films that rattle you to the core, that make you scream and cover your eyes, your heart beating out of your chest until you feel faint and slightly nauseous. And there are some that sink deep into your bones and stay there, unsettling your psyche and coloring nearly every subsequent event you experience with an overpowering sense of dread. “Speak No Evil,” the latest film from Danish director Christian Tafdrup, is both of these, a masterly work of sadistic and painstakingly drawn-out social horror that sits with you long afterward, like the dull ache from a deeply lodged splinter.

IFC Midnight will release “Speak No Evil” in limited theaters on September 9 before the film begins streaming on Shudder on September 15. Watch the exclusive trailer below: 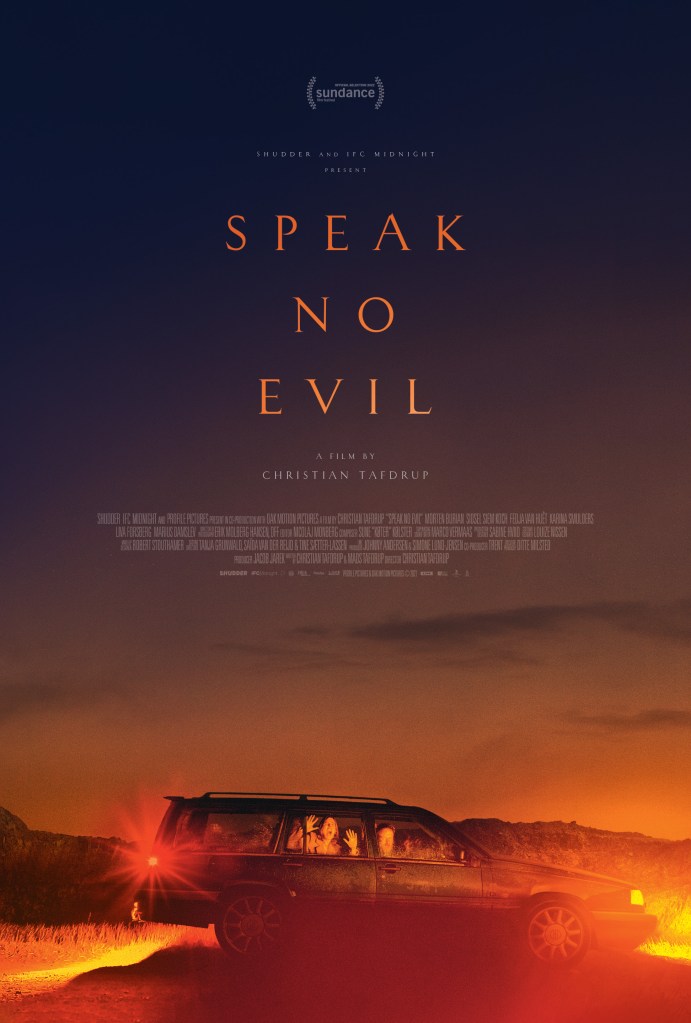