PITTSBURGH — It was only a handful of structured plays during a walk-through — no helmet, no pads, no defense and at less than full speed — and even Mike Tomlin was much more interested in checking out undrafted rookie free-agent linebacker Tyree Johnson than paying much attention to his only first-round quarterback selection in his 15 years as Steelers head coach.

Kenny Pickett’s first foray onto the practice fields at UPMC Rooney Sports Complex with the Pittsburgh Steelers was about 100 yards closer than where he walked for five years as Pitt’s quarterback. It lacked much substance because it was a walk-through with more than half of the 51 who participated being unemployed by Monday. But it did reveal one thing: Pickett is still a cool customer under center even though he’s now a professional.

Forget Cool Hand Luke. The Steelers have Cool Kenny, and that jumped off the page during his first day wearing the Black and Gold.

With a call sheet strapped to his left wrist, Pickett went through his first practice Friday — a walk-through followed by a regular session — already a step ahead of most, if not all other rookie quarterbacks who came before him.

Pickett was recruited to Pitt by current Steelers offensive coordinator Matt Canada in 2016. Even though Canada departed for LSU before Pickett made it to campus, much of the Pitt offense created by Canada remained intact under Shawn Watson for Pickett’s freshman year, when his only start came in the season-finale upset over No. 2 Miami (Fla.).

So, with some of the formations still in Canada’s playbook five years later, Pickett, who wore his patented gloves during a 75-degree day, didn’t go into his first practice blind.

“I have a pretty good background with the offense with Coach Canada recruiting me here to Pitt,” Pickett said. “I have some kind of recall (with the formations). Coach Watson kept some of the same formations. I thought the walk-throughs today went pretty well.”

“He had everybody on the same page, and his presence in the huddle was really good,” Heyward said.

With it being the first day, getting everybody set in the right place was surely a problem. At times, Pickett recognized immediately that something wasn’t right. The only issue was he didn’t know all the players’ names, since they went from reporting to the meeting room to the field in a matter of hours.

“I want to call guys out to help and talk and I have no clue who I am talking to,” Pickett said. “I am just trying to be myself. I know how to operate and know what it is supposed to look like at a high level, so if it is not that, I voice that opinion so that we can get to the same page.

“It is Day 1, but there are little things that I can help out with communication. As the practice went on, you saw it got cleaner.”

Not only will it have to get cleaner, but Pickett’s maturation has to be accelerated if he has any chance of being the Week 1 starter in Cincinnati. Even now-retired Ben Roethlisberger didn’t start for the first two games of his career before taking over for an injured Tommy Maddox.

With the Steelers having a camp battle at quarterback for the first time since 1996 — when they went into camp with Jim Miller, Mike Tomczak and Kordell Stewart battling for the top spot — nobody quite knows how things will be approached with two veterans on the roster in Mitch Trubisky and Mason Rudolph.

Since taking Pickett with the 20th pick in the draft, Tomlin has alluded that — by the end of July at Saint Vincent College — there will be an initial pecking order, but only because somebody’s name has to go first. Translation: He’s going to allow all three guys a chance to win the starting position.

For Pickett to be that guy, and especially with a schedule that has three games in the first 11 days of the season, including a pair of divisional road games, he needs to get up to speed with the playbook quickly so he is reacting more than thinking when training camp hits. 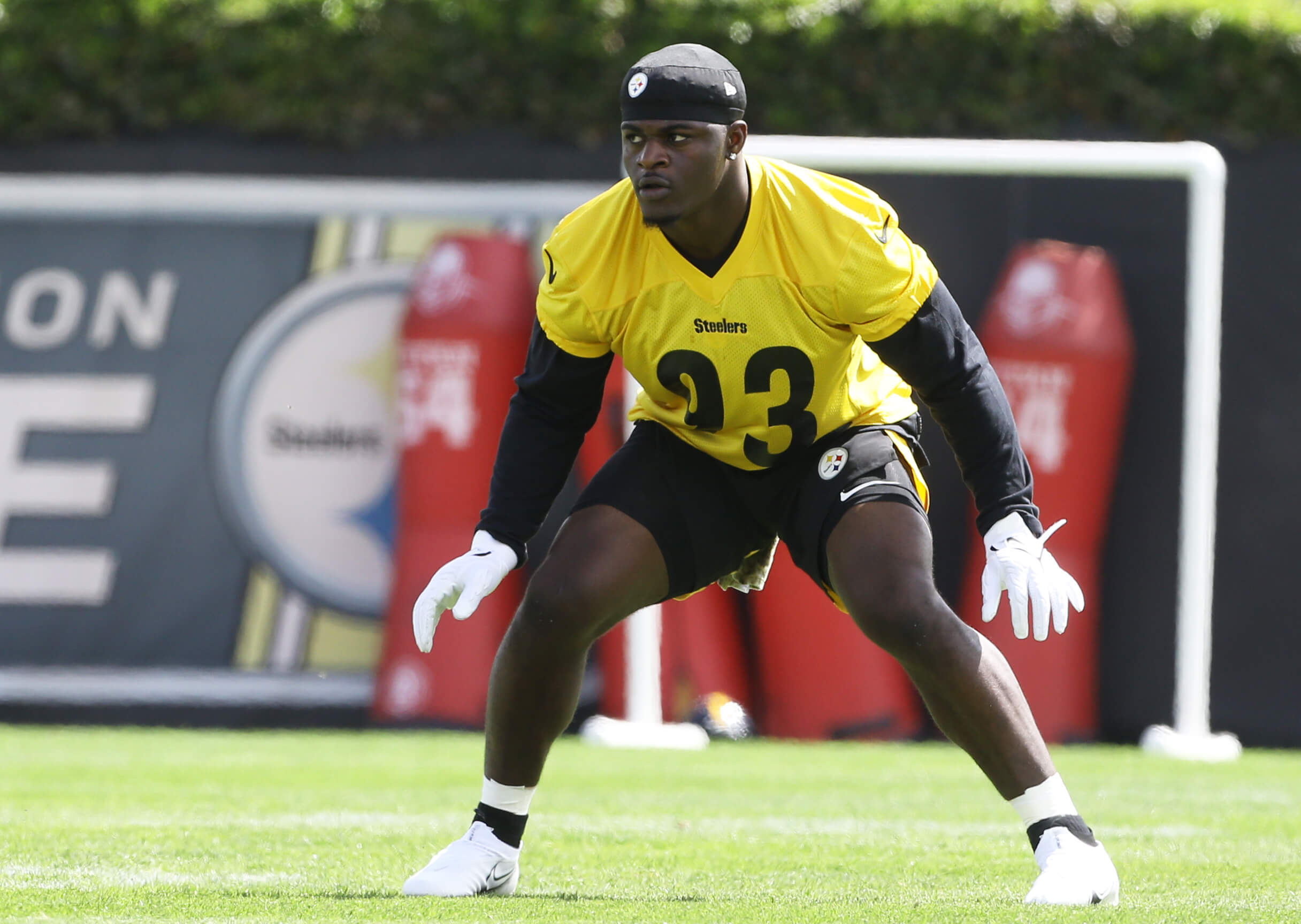 “I have to learn what to do, right?” Pickett said. “I have no shot if I don’t know what I am doing. I am dedicating myself to the playbook and learning every detail I possibly can to operate out here and have a smooth practice. It is all mental, really. Know what I have to do and know the responsibilities of everybody else and learn new defenses here in the NFL.

“There is a lot to go into it, and I am excited to dedicate myself to it and be the best that I can be and learn the most I can. I am doing as much as I can to feel good out here so I can play fast.”

If Pickett needs any help, he knows where to go looking for it.

Pickett said he was in recent contact with Trubisky and Rudolph as well as his predecessor Roethlisberger, whom Pickett said called him “recently.”

“It was awesome,” Pickett said of the call with Roethlisberger. “He said he’s always there for me if I have any questions or advice. He’s an unbelievable player, a Hall of Famer. He’s a guy I definitely will use as a resource in the coming weeks here.”

• Heyward said he was given jersey No. 83 and that he didn’t request it. Heath Miller wore N0. 83 for the Steelers for a decade. Only one player has worn it in the regular season since Miller retired in 2015: wide receiver Cobi Hamilton for 11 games in 2016. Wideout Damion Willis wore No. 83 during the 2021 preseason but did not make the team.

Typically, when a number is “given” to a player, it comes from Tomlin to add some pressure to the situation.

• Of the 28 tryout players the Steelers invited to rookie minicamp, seven were defensive backs.

• If you are looking at two players to keep an eye on, it is seventh-round pick Mark Robinson and undrafted free agent Tyree Johnson, both linebackers.

• The Steelers will hold rookie minicamp practices Saturday and Sunday before the team gets back together at the end of the month for OTAs, where Trubisky and Rudolph are expected to attend.