This is one of those things we do every year that has a few hours of shelf-life and is not trying to pick the best 53, but trying to figure out what the Cowboys will try to do. Always an exercise in futility.

Still, since Jon Machota did his duty without complaining, allow me to take a run at these myself. I don’t allow myself to look at Jon’s before I write mine because we want a fully blind taste test. Also, we try to follow the rules of the actual game, which means my final 53 has to follow procedures that account for Tyron Smith and James Washington being put on initially and moved to IR so they can return at some point this season if the team and healing dictate those moves. We can talk those out at the bottom here.

But, here we go — even though this piece usually has a shelf-life of room temperature food — my take on what the Cowboys will do for their final 53.

As usual, I will put plenty on special teams considerations, because teams should. I have noticed the Cowboys don’t always do this, but I think if your sixth or seventh wide receiver cannot help you on special teams, then he probably cannot help you, because odds are you aren’t using your sixth or seventh WR often on the offense unless your entire season has been a disaster.

I don’t think I would recommend not being able to find a QB better than Cooper Rush, but given that the Cowboys clearly have not and he also took a massive step in Minneapolis this year, we will once again start a year with this as our full plan. Rush may not be the type to be able to win four out of six games during a long QB1 absence, but he definitely knows the offense well and passes all classroom thresholds to have such trust from two consecutive coaching staffs. That is a real talent and skill and we must concede that to Rush. He may not dazzle in preseason games or on the practice field, but he is a safe selection as someone who won’t do something that is unintelligent and there is lots of value in that.

I am going to rip the Band-Aid off here and just tell you that I wanted to keep four. I like Rico Dowdle and Malik Davis a ton, but because I have all of these accounting issues elsewhere on the team and a real issue at wide receiver to start the season and set my roster, I have to breathe and understand that every team has a running back or two they think might get claimed if we try to “sneak him through” and if every team has that same thought, then almost none of them actually get claimed. If we are going to tell people that running backs have very little value relative to other positions, then we better not fret undrafted free agents surviving the first wave of waiver claims around the league. I want Dowdle and Davis back and probably at least one on my 53 and the other on my practice squad, but I better do the smart thing here and only protect the two that have to be protected.

Any time a team keeps four tight ends, it usually upsets the casuals, but this is a position that really assists in special teams and you need at least two guys doing that. So, Schultz and Ferguson are a big part of the offense and McKeon will help in 13 personnel, too. Hendershot is a bubble guy for sure, but I think he has to be kept because tight ends are a weird commodity and nobody exposes much of value to each other because those guys get picked off as fast as offensive tackles sometimes. I will try to keep them all here.

I’ll admit up front that they are not going to leave Noah Brown off this list and they will likely cut Houston. But, I think Brown has a much better chance of floating through than Houston. So, I am taking the loss here on principle. They have to push Washington through and then put him on the IR, so this is procedural anyway and then you would bring Brown/Houston back and carry seven of these guys until you are confident that Gallup can play full-time. Then you might trim another off as well, but understanding that this is the healthiest you will ever be in the season, we should probably hold the phone on that claim as well. 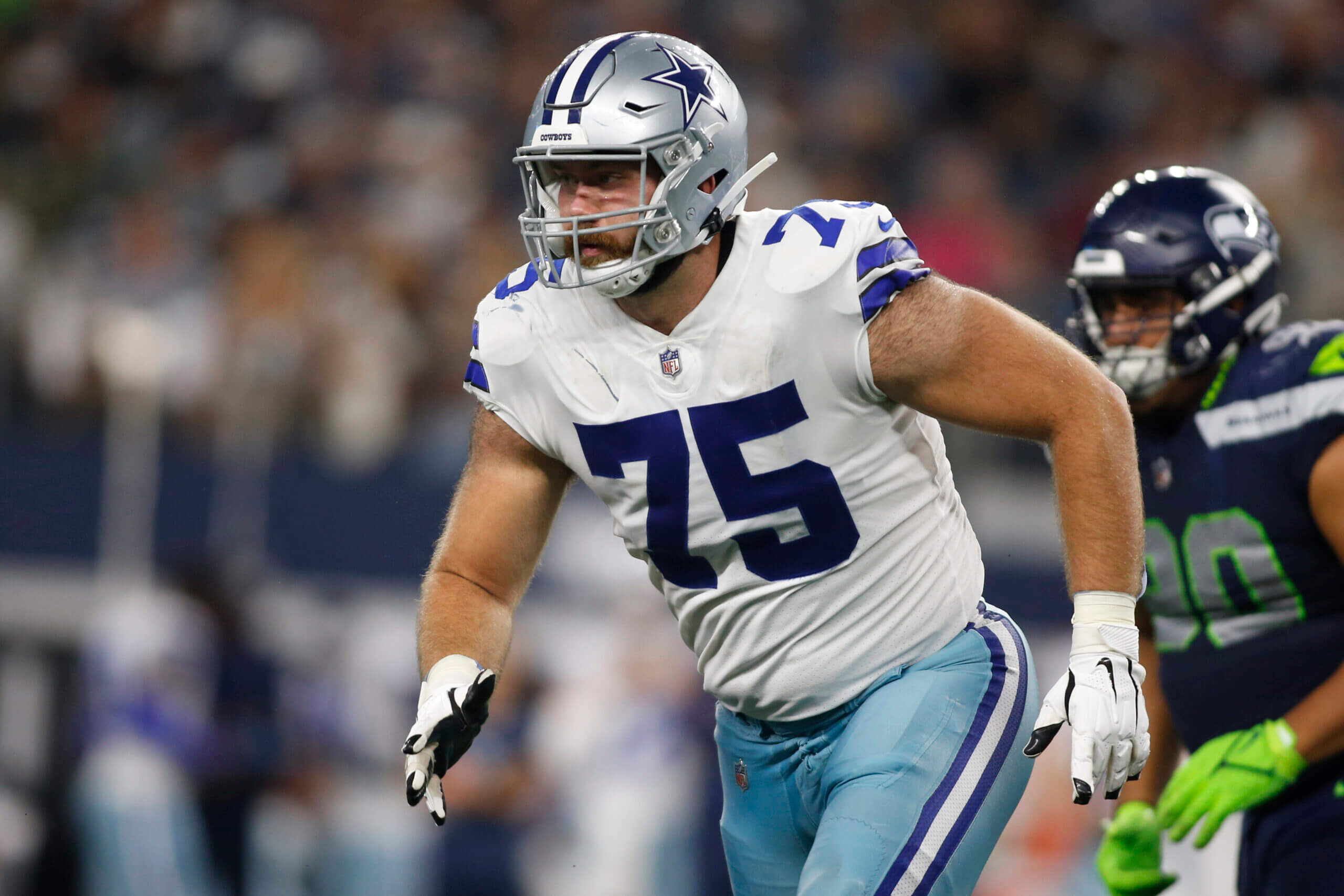 I want to be very clear with this group that this is 100 percent pragmatism because when you put Tyron Smith on the IR (which is definitely not likely to be worth this trouble of keeping his season in play because odds are not good he will return this year), there are only about seven more “NFL linemen” in my opinion. This team should spend the next week making sure that every lineman who gets released is not better than the back of this list. Ball is probably not good enough and while I am willing to try to keep his development, the fact that the rookie Waletzko has put better play on tape does not bode well. Collins is a veteran like Carlos Watkins on the defense and is a useful veteran swing tackle type, but you would like to think there is a swing tackle out there who might be able to upgrade from him, too. This group is not nearly as good as we would hope. And definitely, not a difficult cut anywhere beyond those 10 names for me.

This is my deepest and highest quality pool on the team for sure. I did not mention Watkins, Tarell Basham or John Ridgeway, but I don’t think I can keep any of these three initially and I assume Watkins and Basham will be available once they pass through waivers. Ridgeway would look good on the practice squad, but I think we are left with no choice. This is an excellent group that I wish was slightly more excellent with Randy Gregory, but life must go on. But, given the improvement of Bohanna and Hill, these are pretty much my best nine.

I might be able to survive with five here, but you know me and my coverage groups. Harper and Gifford will be primarily special teams guys and Cox should help, too. That is a good group of young speed that I like. As for Barr and Vander Esch, if you knew either was going to be healthy and capable all year, you probably would not keep the other, but they both might be insurance for the other right now. We should see if that holds true for long. But, with 15 up front, that allows me to keep 10 DBs and I will.

This one is very interesting, because there are 12 names and I think we can only keep 10. Team officials might be at the Star discussing this one because Goodwin is my special teams captain, but that means we have to release Nahshon Wright and Markquese Bell and I know they want to keep those guys as well. I think these 10 will get the call, but Bell is a name to watch if the Cowboys rightfully assume Goodwin would probably get through and they could bring him back by the end of the week. As for Wright, you have to get past the draft status and just judge him fairly against someone like Bland. I know they fill slightly different roles, but Bland has been an objectively better player in camp for me.

Those are your 25 and 25 to consider and the final three are where you could probably cheat the waiver wire and slide all of these guys through (or at least the long snapper and kicker, but teams are always careful about that).

You have a very tenuous spot with Maher, but I think it is important for guys like me to try to understand that guys can really improve in two years and holding 2019 against his evaluation is only productive to a point. Let it go and try to judge him on what 2022 has shown us. I will try that.

So, there you go — 53 names that may or may not hit the target. I still want to bring back Brown, Watkins, Davis, Dowdle and Bell while also making a deal to get a better veteran swing tackle as soon as possible. I also want to IR Washington and Tyron Smith and deal with any other injuries that are more short-term.

The real names could drop as soon as Sunday, so we better get this out there. But congrats, folks. We have almost made it to the real stuff. The hay is in the barn. Time to get ready for Week 1.