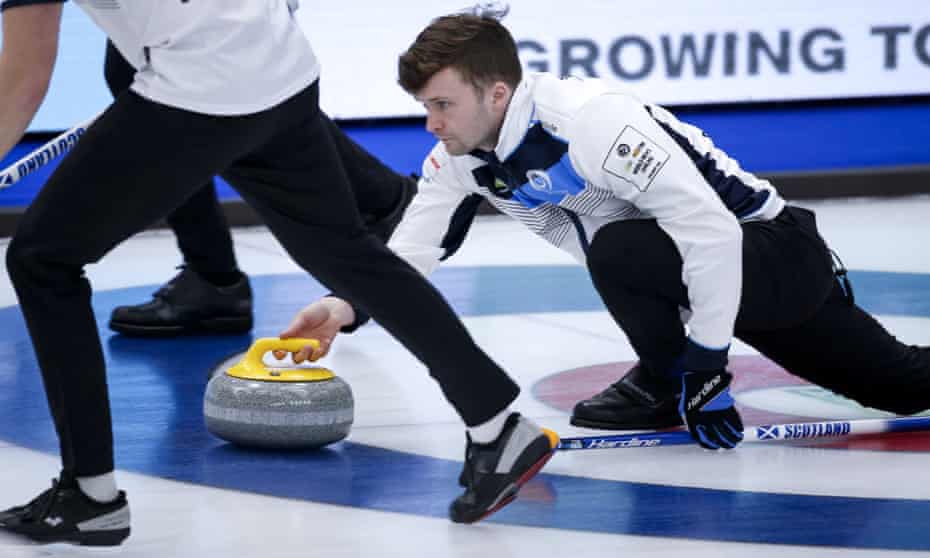 Britain’s curlers are embracing Moneyball in a bid to get an edge over their rivals at the Winter Olympics. On Thursday, Team GB named their first six athletes for Beijing 2022, with the world champion Bruce Mouat going for double gold in the mixed doubles and men’s event.

The 27-year-old from Edinburgh believes the use of data and analytics could make all the difference in February, as it is helping them prepare better for their opponents and gives them better understanding of what to do at crucial points in matches.

“I don’t think we can have too much data,” he said. “If we’re having to make a tough choice, one option might give us 60% chance of winning but if we go for another one, we might have only a 40% chance. So it’s that information we’re now trying to take on during each game.

“We’re always looking for that extra one or two per cent that we can find to beat the world’s best. A lot of the work for UK Sport and Lottery Funding has been able to support us in is looking into video analysis, our opposition and different game scenarios.”

The use of analytics is already helping the British teams. Mouat and his teammate, Jen Dodds, will go to Beijing on the back of winning the mixed doubles world championships in April. Mouat will also lead the in-form men’s team – Grant Hardie, Bobby Lammie, Hammy McMillan and reserve Ross Whyte – that has steadily climbed the world rankings after winning silver at the worlds.

“That we’re able to have this information is important,” Mouat said. “But curling is quite a physical sport as well, so you have to be able to be a good athlete as well as have strategy. That’s probably why I love the sport so much. It is not only about the physicality, but how strategic and daring you are to be two steps ahead of your opposition.”

Dodds said: “To be selected for my first Olympics means so much. It’s something we’ve been striving towards for years.

“It means a lot to be in the team with Bruce. We’ve known each other for so long. We started at the same club, so sharing this moment together is something really special.”

The women’s team, with Eve Muirhead as its skip, is yet to qualify for the Games but they will hope to earn a quota spot in December.

The British Curling executive performance director, Nigel Holl, said the team’s recent successes on the world stage demonstrated the benefits of in-house competition when international competition became impossible during lockdown. “The athletes responded magnificently to that and we are delighted Bruce, Jen, Grant, Bobby, Hammy and Ross have earned this opportunity to make their Olympic debuts,” he said.