ST. PETERSBURG, Fla. — As Cal Quantrill exited the visitors clubhouse at Tropicana Field on Friday afternoon, he glanced at the TV in the center of the room.

“That guy” was Shohei Ohtani, and MLB Network analysts were debating whether the Angels should trade the multi-talented star.

Here’s a collection of goings-on with the Guardians as Tuesday’s trade deadline nears. 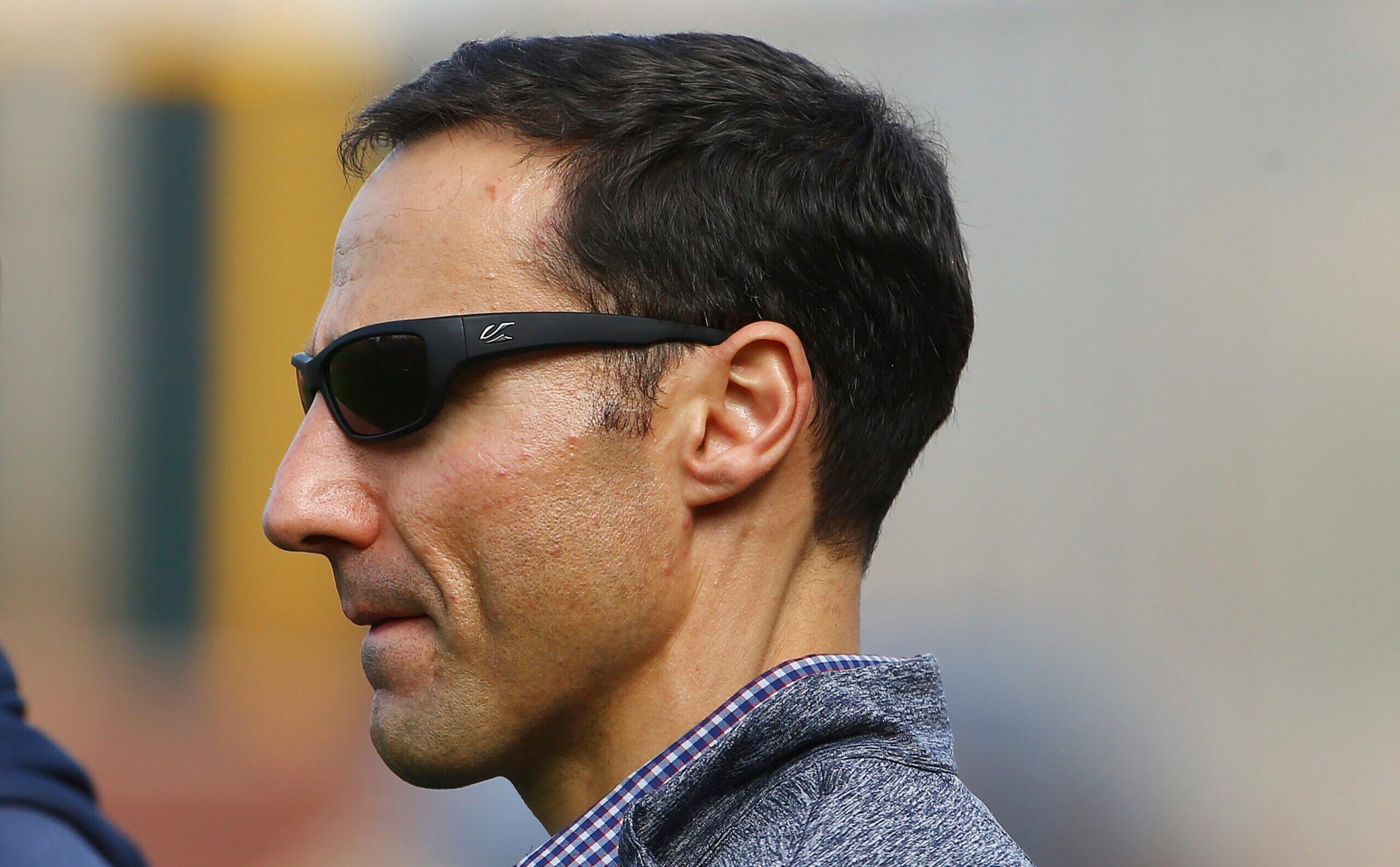 What will Chris Antonetti and company do at the trade deadline? (Ross D. Franklin / Associated Press)

The Guardians and A’s have discussed catcher Sean Murphy, according to several sources. Those talks hadn’t gained a lot of traction as of Sunday morning. Oakland’s claim? It can just hang on to Murphy, who is under team control for another three and a half years, until the offseason and deal him in a more populated market.

The A’s have Shea Langeliers, a highly touted and major-league-ready catching prospect, waiting at Triple A.

Cleveland needs an offensive jolt at catcher, and Murphy — to some in the organization — is the perfect fit, as a Gold Glove winner and above-average slugger who could mentor Bo Naylor next season. The A’s could use outfield and high-end starting pitching prospects (who couldn’t?), so it’s possible their front office is thinking along the lines of George Valera, Daniel Espino and Gavin Williams. Cleveland might be more inclined to tap into its surplus of middle-infield prospects.

Plenty can happen as the deadline arrives and teams soften their stances a bit.

Zach Plesac knows his name has surfaced in trade rumors, thanks to texts from his friends.

“All that stuff is gossip,” Plesac said. “He said, she said. People making fake accounts on Twitter. That’s why I don’t have Twitter.”

Plesac has adopted the mindset of treating what happens during the next few days as out of his control, so he contends it’s not worth being consumed by it. Some teammates have taken the same approach. Others have studied the latest rumblings. Cleveland’s front office tends to entertain inquiries about any of the organization’s players, so anyone’s name could enter the rumor mill.

“Everyone is getting negotiated on, especially guys under control,” said Plesac, who is controllable through the 2025 season. “I have no say. I’m not going to read into it because I’m not going to sit there and hope one thing happens. I don’t know if I’m being targeted. I know there have been talks, but at the end of the day, that takes care of itself. It’s gossiping at this point.”

One might see the package the Reds received for Luis Castillo and daydream about the haul Shane Bieber could fetch on the trade market. And that’s likely crossed the minds of some in Cleveland’s front office. At this point, though, it’s highly unlikely Bieber is moved this summer.

The Guardians inquired about Castillo before he was traded to the Mariners. As for other Cincinnati targets, perhaps Brandon Drury would make sense for Cleveland. Drury has appeared at every infield position this season and is enjoying a breakout year at the plate, with an .845 OPS and a career-high 19 home runs.

Castillo isn’t the only starting pitcher the Reds can dangle. Tyler Mahle is under team control through next season, which does little for the rebuilding club. Mahle’s decision to sign with the Reds and forgo college, by the way, opened a spot for a walk-on on UC Santa Barbara’s pitching staff nine years ago. That walk-on’s name? Shane Bieber.

The Guardians are in a tough spot with Franmil Reyes. With Josh Naylor requiring regular maintenance on his back and his ankle, it helps to have the designated hitter spot available. Naylor is expected to be checked by doctors in Cleveland on Monday.

As for Reyes, it’s hard to imagine there’s much of a market for his bat, which proved pretty reliable his first four seasons but has been deficient this year. It’s difficult to see how he’d fit on next year’s Guardians roster, especially earning another $4.5 million or so via arbitration, if he never fixes his swing this season. Even August and September are tricky, with Nolan Jones and Oscar Gonzalez (who is nearing a return from the injured list) deserving consistent at-bats, plus Will Benson, Will Brennan and Richie Palacios biding their time at Triple A. Benson has started to play some first base.

Reyes was one of five players acquired from the Reds and Padres in the trade for Trevor Bauer three years ago. He is the only one remaining in the Cleveland organization. Yasiel Puig is out of baseball. Logan Allen is pitching for the Orioles’ Triple-A affiliate. Scott Moss is toiling away in the Phillies’ farm system. Victor Nova is playing independent ball with the Gary (Indiana) SouthShore RailCats.

If it were purely a roster-building decision, Amed Rosario’s tenure with the Guardians would probably be ending in the next couple of days. If it were a decision based purely on the 2022 season, dealing Rosario wouldn’t even merit a nanosecond of thought.

But the Guardians are both pursuing the AL Central title and adhering to their long-term blueprint. Those objectives don’t always align, and the result is some difficult organization conversations. Some in the front office may prefer to move him now, while he has trade value, so the club can start to learn about Gabriel Arias or Tyler Freeman. Obviously, that would hinder the Guardians’ ability to outlast the Twins and White Sox.

The deciding factor might be the market, or lack thereof. If the team were eight games out, the front office would just accept anything tossed its way. Instead, it’ll need to be compelled by the potential return for a trade to make sense. Since there doesn’t appear to be a robust shortstop market at the moment, Rosario might stick around for the summer.

For a full examination of the Rosario situation, read this story.

If you didn’t tire from hearing about the 40-man roster crunch last summer and fall, good news: It’s once again factoring into nearly every roster decision the front office considers. Players who need to be added to the roster by late November include Bo Naylor, Brennan, Xzavion Curry, Peyton Battenfield, Hunter Gaddis, Nick Mickolajchak, Angel Martinez, Ethan Hankins and Joey Cantillo. The team can create some space at the end of the season, as they did last year. But loading the 40-man roster with prospects who aren’t major-league-ready is a way to guarantee headaches (and part of the reason we’ve seen Kirk McCarty and Oscar Mercado get designated for assignment and then re-claimed, and Bryan Shaw start a pair of games, and Sandy León bounce between the Reds and Guardians more often than the Ohio Cup). The front office knows the clock is ticking on consolidating some prospects in a trade.

— The Athletic’s Ken Rosenthal contributed to this story.

Russia-Ukraine war latest: what we know on day 159 of the invasion