Moments before half-time, David Moyes emptied his pockets containing a white paper and pen. It was most likely at this juncture when he wrote down how he would mastermind West Ham United’s inspired second-half performance.

Said Benrahma replaced Emerson after the break, with Moyes reverting to 4-2-3-1. It was this change that led to West Ham sealing their first league win of the season against Aston Villa. 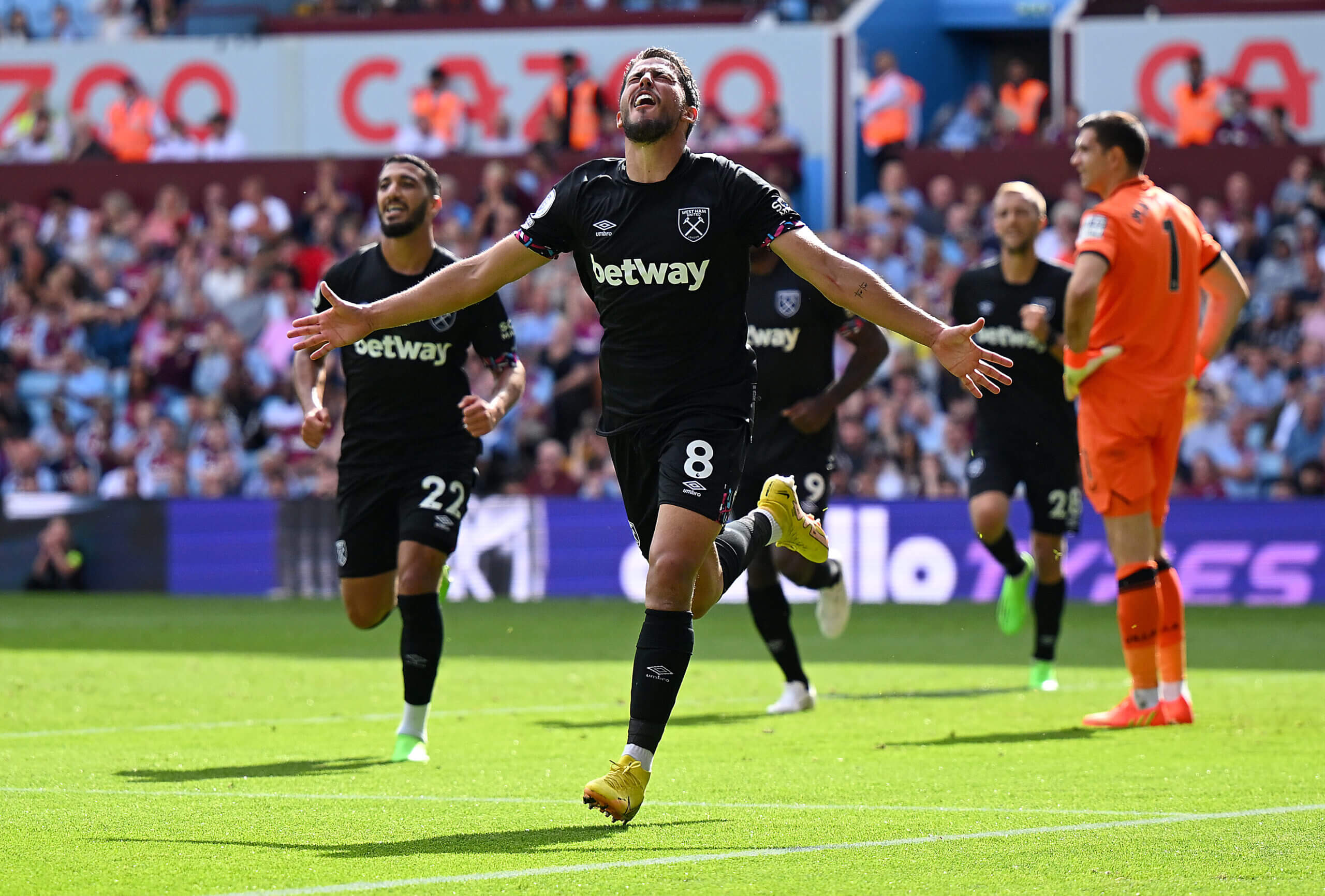 “We had it a little bit easier and in the next few games, we’ll see again if it was the system or other things. We’re happy to get the three points and it wasn’t an easy game. Aston Villa are a strong side and we knew we had to fight, be together and be ready for the battle.”

Moyes has often altered from playing a back three with wing-backs to 4-2-3-1. The first half highlighted the limitations of having one less attacking player. Aston Villa registered two shots on target before the break, while West Ham did not look like scoring. Benrahma’s introduction led to the team markedly improving offensively. The playmaker slotted into the No 10 role, with Fornals and Bowen on the left and right flanks.

“Sometimes Benrahma can frustrate you, sometimes he can make the difference,” said Moyes. “I thought today he made a big difference for us when he came on.”

Almost immediately there was more fluidity to West Ham’s attack: the team pressed more, Fornals attempted more defence-splitting passes and Villa started to retreat further in their half. Before Fornals’ opener, the Spaniard teed up Jarrod Bowen who squandered a great opportunity. A pass to Benrahma would have been the better option but more pleasing to Moyes was West Ham creating opportunities.

“The performance, really, in truth, was not the most important thing today, the result was. Performances, though, lead to good results and our second-half performance probably led to us having a chance of getting the result.”

Aside from Benrahma’s impact and Fornals proving critics wrong, the defensive pairing of Kehrer and Kurt Zouma impressed. Ollie Watkins had the fewest touches (24) of any outfield player to play 90 minutes, while strike partner Danny Ings also struggled.

Our match winner has a message for you ⚒️ pic.twitter.com/LeaS8pK9LU

Kehrer, who joined from French side Paris Saint-Germain as one of seven summer signings, gave away a penalty in the 2-0 loss to Brighton & Hove Albion, but his performance against Aston Villa shows his ability to recover from setbacks. West Ham have upcoming fixtures against Tottenham Hotspur and Chelsea and the versatile defender is aiming to impress once more.

“It’s been really easy (integrating into the team),” he said. “This is a good group and it’s a very positive atmosphere. There’s a lot of quality in the team and I’ve been welcomed very well by everyone. I’m happy about this, we’re finding each other and we’re finding our best way to play to get into a rhythm, so the three points today helped. I can play different positions.

“The manager and the team know that. I’m ready to bring my qualities and my personality to the team. I’m aware of history and the importance of the London derbies. It’s very big and I’m really looking forward to it.”

There could be another addition, with West Ham aiming to finalise Lucas Paqueta’s arrival from Lyon. The east London side will pay €43million up front with a further €17million in bonuses, with the 25-year-old expected to sign a five-year deal. Paqueta completed his medical on Sunday and may have had one eye on matters at Villa Park.

The win was a reminder to Moyes that the new personnel at his disposal gives him the ability to alter systems. In a month where new signings are accustomed to putting pen to paper, Moyes showed he too has mastered that art.

‘Being an MP was bad for my brain, body and soul’: Rory Stewart on politics, privilege and podcast stardom