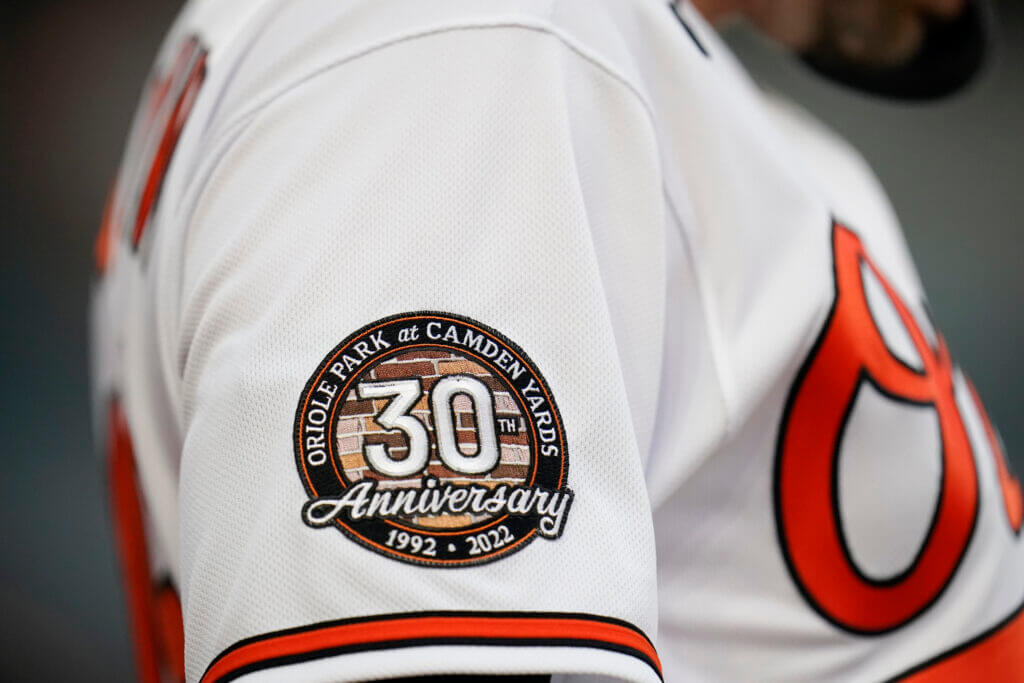 As the Orioles celebrate the 30th anniversary of Oriole Park at Camden Yards this weekend, it’s undeniable this is one of the greatest venues in American sports.

Its downtown location, retro feel and utilization of existing backdrops — in Baltimore’s case, the B&O Warehouse — were copied throughout the country, hence the catchy marketing slogan, “The ballpark that forever changed baseball.”

It really is a tremendous place to watch a game. The assumption is it should only get better now that $1.2 billion has been allocated by the Maryland State Legislature for improvements to the Camden Yards complex (which also includes M&T Bank Stadium).

Oriole Park could use some upgrades, most obviously to its scoreboard and sound system and, perhaps, to the concourse to provide alternative views of the playing field. The latter is a complicated, structural concept that may alter the classic feel of the park. So, if the Orioles simply wanted to make minor cosmetic improvements, that likely would suffice, too.

“It’s nice to see the place still shows as well as it ever has,” said Hall of Fame pitcher Mike Mussina, one of several former Orioles invited to the anniversary festivities. “I know they’re building new stadiums and doing new things, but this one still seems just as nice as it ever did.”

It makes sense to celebrate this iconic stadium on its 30th anniversary — especially given that heading into this season it didn’t look like there would be anything to celebrate on the field. This weekend was supposed to be a welcomed respite from another rough season.

Mussina and Hall of Famer Eddie Murray are the headliners for Saturday’s celebration, which highlights some of the top moments in the stadium’s history.

Other former players who will be honored Saturday include Mike Devereaux, who in 1992 had one of the park’s greatest home run robberies; Jeff Reboulet, who hit a huge playoff homer against Seattle’s Randy Johnson in 1997; Rodrigo Lopez and Jay Gibbons, who battled through the snow on Opening Day 2003; Robert Andino, whose game-winning hit in 2011’s season-ender knocked the Boston Red Sox out of a potential playoff spot; and the affable Ubaldo Jiménez, who started both the division-title clincher in 2014 and the “no fans” game in 2015.

The man who created the most lasting moment in Camden Yards history, Iron Man Cal Ripken Jr., had a scheduling conflict and couldn’t make it. Neither could Chris Davis, who broke the club’s single-season home run record in 2013.

There are some other notable absences, including Brady Anderson, Adam Jones, Delmon Young and Matt Wieters, among others. That list could be a column on its own.

But one thing the list of great Camden Yards moments illustrates — besides that Orioles’ ownership needs some olive branch-extending to important alumni such as Anderson, Jones, B.J. Surhoff and Mike Bordick, among others — is the incredible lack of indelible team moments in Camden Yards history.

That’s truly what makes this timing so interesting, because the baseball in Baltimore is so much better this year. And yet we all know good isn’t always good enough.

In 30 years, Camden Yards has hosted 16 playoff games: 8 each in the ALDS and ALCS. The Orioles are 7-9 in those contests.

Oriole Park, however, has never hosted a World Series game. In 30 years.

“For me, it’s very disappointing. We were close a few years,” said former Orioles catcher Chris Hoiles, who played his entire big-league career in Baltimore and was part of the 1997 team that went wire-to-wire only to lose in the ALCS to the Cleveland Indians. “It’s disappointing in itself when you know you have the team to do it and you go wire-to-wire and then you don’t do it. I think we had the team to beat, and unfortunately we weren’t there in the end.”

It’s a common theme throughout the club’s tenure in this stadium. Some good teams, some loud moments. But not enough in any given season.

“I just know in ’92 and ’93 we had a chance. We played great defense. We had a lockdown bullpen. We could run Big Ben (McDonald) and Mussina out there. We had a chance,” said Rick Sutcliffe, who won the stadium opener in 1992. “For whatever reason in ’92 and ’93, the Orioles weren’t able to do that, and I think that probably took the first chance away for people to see a World Series here at Camden Yards.”

“It would be an awesome spectacle to get a World Series here in Baltimore,” Mussina said. “There’s a lot of other factors that go into it. It’s sometimes luck. But someday. Someday you would hope they’d get the opportunity to host one.”

The drought is 38 years and counting. Conversely, the Orioles made six World Series, and won three, during their 37-year stay at Memorial Stadium.

Camden Yards surpasses Memorial in every way possible, except for the play on the field. And the championship memories created there.

“Memorial Stadium wasn’t beautiful. The clubhouses, there were a lot of things that had a lot to be desired,” Sutcliffe said. “I don’t think there was anything about this ballpark that they didn’t think of. And now, those same fans that were here 30 years ago, they’ve got an exciting team to watch once again.”

Who knows what happens with these young Orioles, this year and in the near future? But the ex-Orioles who were at Camden Yards on Friday afternoon are hoping the momentum created so far this season will keep building until the postseason is a formality and the World Series is a reality.

“Once it does happen, and it will, hopefully sooner rather than later, it’s gonna be crazy,” Devereaux said. “Best fans I’ve ever played in front of, and they deserve to have a playoff and a World Series here. And if it happens, I’m gonna be here. Because I just want to see how it all plays out and to have a World Series here in Baltimore, at Camden Yards, which is the best stadium in the country, I’d love to be here to check that out.”

Gibbons played for the Orioles from 2001 to 2007, some of the darkest days in the franchise’s history. In 2012, when the club won the AL wild card and advanced to the ALDS against the New York Yankees, Gibbons donned the jersey of his best buddy, Brian Roberts, and flew from California to Baltimore to witness a playoff game, incognito, from the right-field bleachers.

“I think that was the first game I went back to as a fan, too, since I had played,” Gibbons said. “The atmosphere was so electric in the stands. … You could just see the passion of the fans. It’s what I kind of always felt like (it’d be). If we won, like, it would be like this every night.”

Andino said he’ll never forget that 2012 ALDS, and how badly Orioles fans wanted playoff baseball after 14 years without it. He said he can only imagine what it will be like when the Orioles eventually reach the Fall Classic.

“I think when this place gets to a World Series, it’s gonna blow up. One hundred percent,” Andino said. “I mean, just (remember) when we were in the playoffs with the Yankees, how crazy it was like.”

And it was even louder two years later, when Young’s double clanked around left field and three runs scored in Game 2 of the ALDS — that was the most earsplitting moment of my sportswriting career.

Baseball is cyclical. The Orioles will be good again. And the seeds are being planted this year for the next group to at least make a postseason run. Or more.

This 30th anniversary weekend reminds us just how great a place Camden Yards was. And is.

And it also reminds us of the one thing that would make this stadium complete.

“It’s great to see the fact that these guys are winning. It’s been a while. And it brings some fun into the game and to the fans in Baltimore,” Devereaux said. “I think the future is bright. … I think there’s a good future for some winning baseball in Baltimore, which is well deserved.”