Toxicity hangs in the air like the dark polluted smoke of its industrial heritage… they venomously spit out rhythmic chants describing how much they detest and despise one another, while stewards and police try and keep the peace.

This is antagonism personified. The is the definition of hate. This is….an under-23 game?

OK, some context. This is a Black Country derby at the Hawthorns, West Bromwich Albion versus Wolverhampton Wanderers. They’ve been playing each other since 1888 and their respective sets of supporters hold a deep loathing for each other.

Additional info, there hasn’t been a Black Country derby with fans since 2012, when nothing in particular happened and Wolves definitely didn’t lose 5-1, directly leading to the sacking of one of the most popular managers in their history and indirectly leading to successive, disastrous, utterly humiliating relegations to League One. They played each other last season, but if no fans were there to witness them, did they really happen? 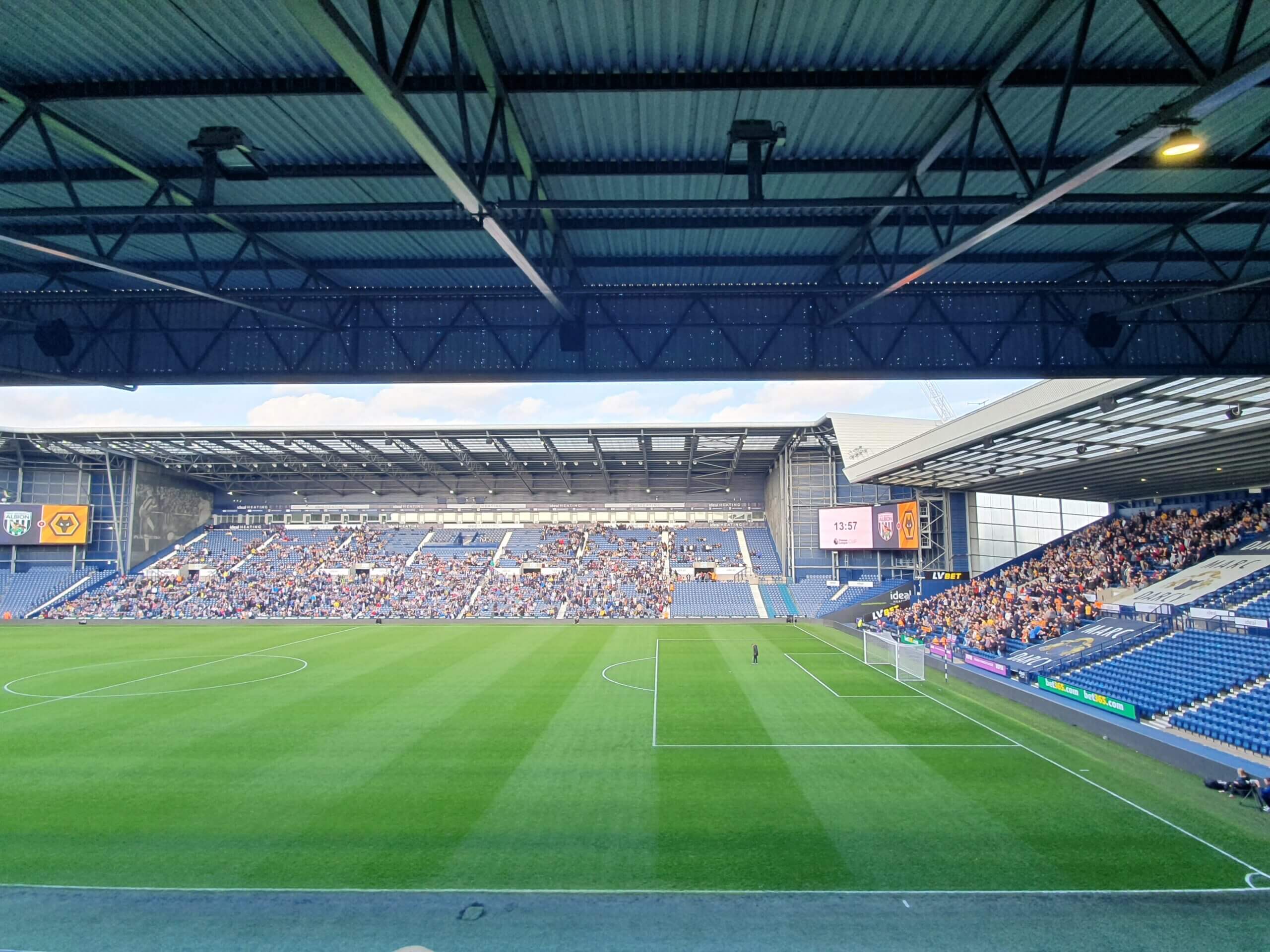 Supplementary guidance, Wolves’ first team haven’t won at the Hawthorns since 1996 when Iwan Roberts, gaping-no-front-teeth grin and all, scored a hat-trick to earn legendary status (he only scored four other goals for the club in a one-season stay but that’s completely irrelevant).

All of which goes some way to explaining why 2,000 Wolves fans have packed out their allocation in the Smethwick End and are singing their gold hearts out. They stand for the whole 90 minutes. And 30 additional minutes in extra time. And they sing.

To their right are 5,000 Albion fans, some of whom need to be held back by stewards as they charge towards the away end celebrating a goal. Before the match fans squared up to each other on Halfords Lane outside the ground. Kick off is delayed by 10 minutes as people are still filing in. It’s carnage. And it’s an under-23 game.

Sadly, the playing of The Liquidator, Albion’s pre-match anthem which was gleefully sung at Molineux until it was banned by the police a couple of decades ago (their reasoning being that chanting “fuck off West Brom” before kick off could incite violence) is canned.

Every anti-Albion or Wolves song from their respective repertoires is regaled. They sing about batterings, about incest, about setting each other on fire, about defecating on Tesco carrier bags. This isn’t a Bridgerton crowd.

Wolves question whether they’re playing in a library, or if there’s been a fire drill, debate the size of garden sheds and suggest Albion’s under-23s are even worse than their first team (I mean…probably?). They also predict that they may never play Albion again (which gives the presumption the under-23s will win their promotion play-off next week).

For Albion, our correspondent Steve Madeley describes it as probably the best atmosphere they’ve generated since last autumn when the first-team were in the promotion race. They’re watching players who give a damn about the shirt and they love it.

And both sets of fans sing about Stephen George Bull, one being slightly more complimentary than the other. He may have retired 23 years ago but his influence on the region, in terms of both love and hate, remains undimmed.

Then when Wolves score…oh yeah, the game! The Premier League Cup final. One of the showpieces of under-23 football.

For the rest of the first half Wolves dominate. They’re on a streak of 10 wins in 12 matches, a run which included a 4-0 win over Albion in March and they’re a technically superior side. Albion have the physical edge, but they look happy to sit in while Wolves spray it around, mostly via the deliciously gifted diminutive midfield pair of captain Luke Cundle, dropping down from the first team, and Joe Hodge.

Wing-backs Hugo Bueno and Dexter Lembikisa are all pace and positivity. Chem Campbell slides and saunters his way past defenders. Striker Lee Harkin buzzes around the box. Despite the scoreline it’s like watching boys v slightly younger boys.

It’s Harkin who equalises from Bueno’s delicious cross, but Wolves can’t press home their advantage in the second half despite dominating possession and play for the most part. Hodge and Lembikisa spurn excellent late opportunities.

Into extra time and Bueno gives Wolves the lead, ghosting through two players and driving with gusto into the far corner. But, in the second period Albion, who have defended doggedly for long spells, equalise when Modou Faal turns in from a flicked-on long throw.

Cue a booming noise which belies the number of people there are in the East Stand. Loads make a dash through the stewards again to goad the away end. There’s a pitch invader and lots of boinging. Bedlam. Albion then break looking to win it in extra time, added time, but Justin Hubner takes one for the team with the most unceremoniously foul you can imagine, sparking a melee and a couple of bookings. Yep, it’s a proper derby.

And it goes to penalties. Andreas Sondergaard saves three, one of them with a physics-defying fingertip push over the top, but Wolves crash a couple against the bar and Albion’s Ted (yes he) Cann saves a couple too, before Albion win it 5-4 deep into sudden death.

Cue…a mass pitch invasion! Of course. And knee slides and plenty of goading in front of the Wolves end, protected by a line of police, while Wolves’ players try and applaud their supporters. It’s got the potential to get nasty, but thankfully it doesn’t. 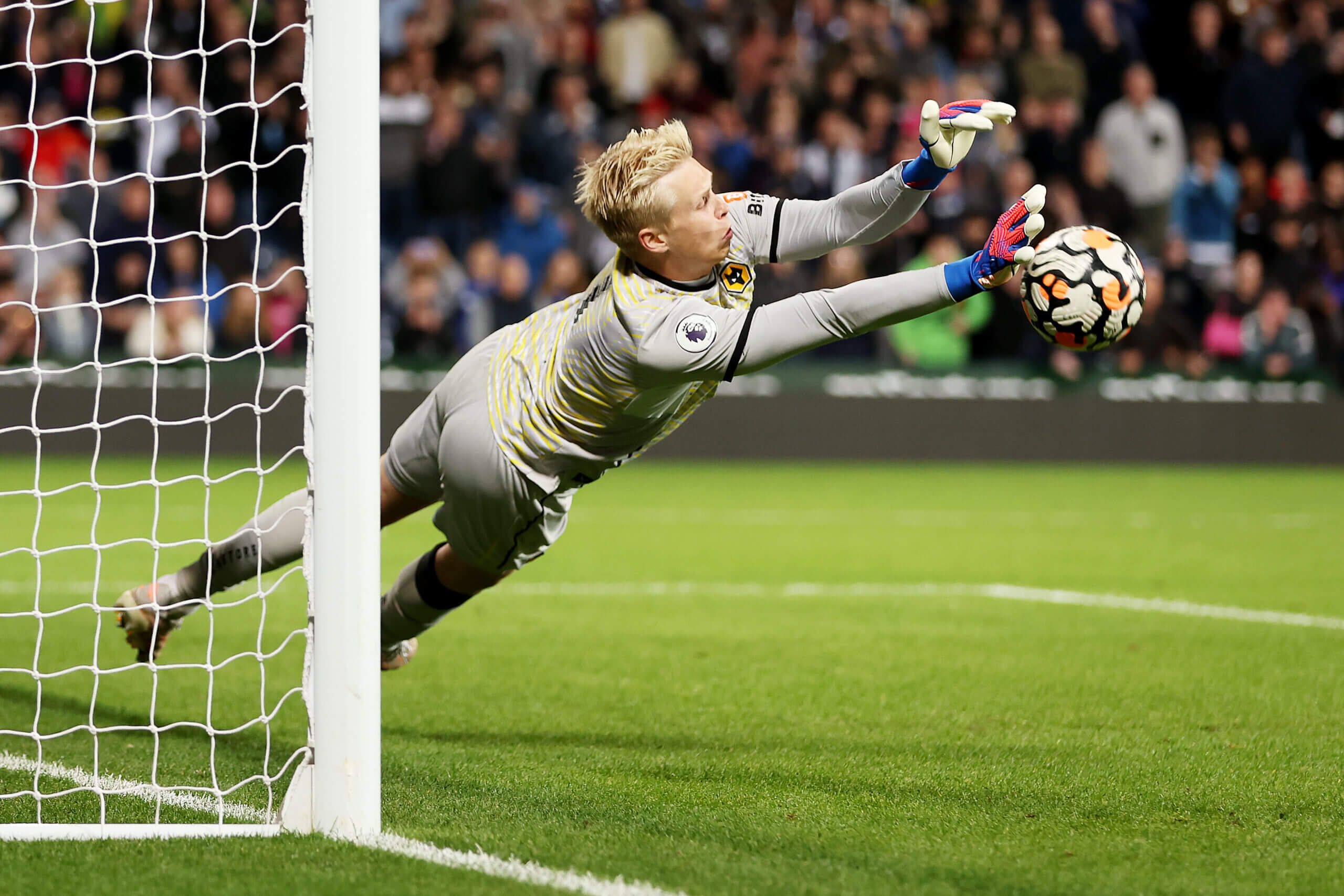 “I was really surprised when I saw how many fans there were,” Sondergaard says. “I must say a massive thank you to them. Honestly, it was like playing at home and without them we probably wouldn’t have dominated as much as we did during the game.

“It was amazing to play in. That’s what we’re working for every day, for a chance to play in front of a massive crowd. It was just fantastic.

“Despite the result I really enjoyed it. I thought we’d win after our second goal, but that’s football.”

It is football and this is proper football, it’s what the game is all about. What an occasion, what a game, what a finale, what a noise. And what a rivalry.

And it wasn’t even the first team.

Who should be prime minister? Anyone but Boris Johnson

The TikTokkers Taking Down the Troubled Teen Industry Podcast Episode ICYMI May 14, 2022 5:00 AM