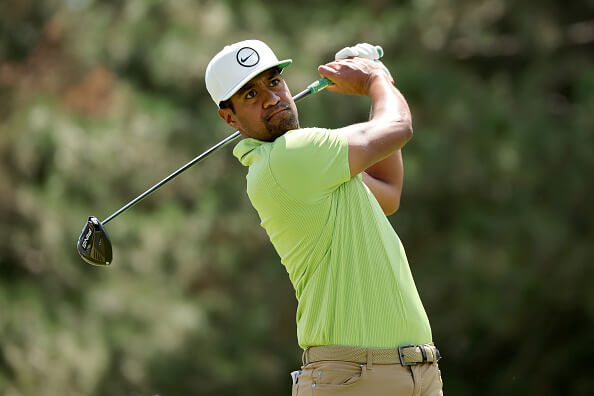 Tony Finau pulled off the rare back-to-back on Sunday when he won the Rocket Mortgage Classic in Detroit for his second consecutive PGA Tour win. The first win came at the 3M Open in Minnesota last week and this week’s victory in Detroit gives him the PGA Tour’s first back-to-back winner in three years.

Finau set up his rare feat with a dominant Saturday, when he shot a 7-under 65 to match Taylor Pendrith’s score heading into Sunday’s round four. But while Pendrith sputtered on the back nine of round four, Finau kept his foot on the gas.

After birdieing holes four and seven to pull away on Sunday, Finau slammed the door on the back nine with birdies on holes 10, 12, 14 and 17. He bogeyed just once the entire tournament.

He finished with a score of 26-under, the lowest score ever recorded at the Rocket Mortgage Classic.

From Finau’s 2016 win in Puerto Rico to last summer’s win at the Northern Trust, he went over four years without a victory and posted eight runner-ups in that span. Now, he’s doubled his career victory total in a matter of seven days.

With his hot last couple of weeks, Finau could soon crack the top 10 of the Official World Golf Ranking. He ranked 16th coming into the Rocket Mortgage Classic.

Rosenthal: What I’m hearing ahead of the MLB trade deadline