Most exciting signing? Player with a point to prove? Chant that needs to be sung?

Before the start of the new season,  The Athletic answers the important and not-so-important questions surrounding Tottenham Hotspur.

There’s plenty of optimism, despite Saturday’s friendly against Roma.

Top three and a trophy. The former would mark progress from last season and ensure a Champions League spot. The latter would end what will be a 15-year wait for silverware. A run in the Champions League would be nice, too.

Finishing outside the top four. Not qualifying for the Champions League would be a massive blow and would make keeping hold of Antonio Conte that much harder.

His restlessness. Everything’s going swimmingly right now, but it wouldn’t take much for Conte to combust and start criticising the club. At which point everyone will panic that he’s about to leave immediately or at the end of the season.

Player who will most impress?

Cristian Romero had an excellent first season, but he missed large chunks of it through injury and the odd quarantining trip to Croatia. I expect him to go up another few notches this season and emerge as the club’s third superstar alongside Harry Kane and Son Heung-min. 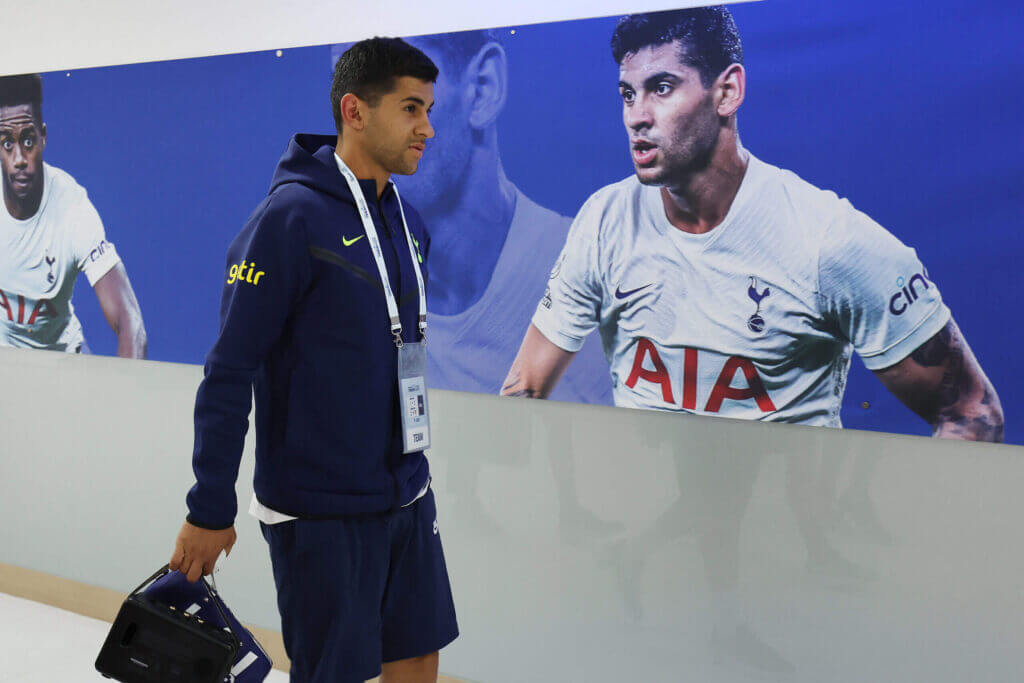 Yves Bissouma was someone who, whenever I watched at Brighton, I wondered why one of the Premier League’s biggest teams hadn’t signed him up. Not least when he ran the game in Brighton’s 1-0 win at the Tottenham Hotspur Stadium in April. And now here he is, with the potential to sprinkle stardust on a hitherto functional midfield.

Player with most to prove?

Discounting players like Giovani Lo Celso and Tanguy Ndombele who have plenty to prove but won’t be here, I’ll go for Ryan Sessegnon. He improved a lot in the second half of last season, but he needs to show he can stay fit for a whole campaign and add the edge to his game to go from solid to more spectacular.

Song they should sing that they don’t?

To the tune of Carly Simon’s You’re So Vain and assuming he one day gets in the team: “Alfie Devine, I bet you think this song is about you. Alfie Devine! Alfie Devine!”

Spurs will have several players at the World Cup and this could be an issue. Especially as a few of them — Kane, Romero and Ivan Perisic, for instance — may end up going quite far in the competition. It feels absurd to think that Kane could captain England to World Cup glory on December 18, then eight days later be expected to turn out for Spurs at Brentford.

Should be in the England squad but isn’t?

Eric Dier. How he isn’t after the season he’s just had remains a mystery. Dier was outstanding last season and Spurs kept 16 clean sheets in his 35 league games. While in South Korea last month, Dier told reporters that getting back in the England squad is “a clear objective of mine. I would never shy away from that”.

Conte is, of course, trying to move away from this idea — it’ll very much be a squad game this season — but since you ask: Lloris – Romero, Dier, Davies – Spence, Bissouma, Bentancur, Perisic – Kulusevski, Kane, Son.