A commonly used phrase in football’s transfer lexicon is “including add-ons”.

Seldom is there a straight fee between two sides without a clause that will see more money paid to the selling club if performance-related incentives are met.

One of the more famous examples in recent years was Anthony Martial’s transfer from Monaco to Manchester United in September 2015. A £36million ($42.1m) fee was agreed by both teams but it soon emerged United may have to spend just shy of £60m.

“It’s only funny in hindsight, but it was a deal where Monaco were future-proofing themselves because he was seen to be one of the most talented young players at the time he moved,” remarked one agent.

Given Martial was aged 19 in 2015, becoming the most expensive teenager bought by a British club, you’d be right to question why the Premier League side would have to fork out an extra £24m. 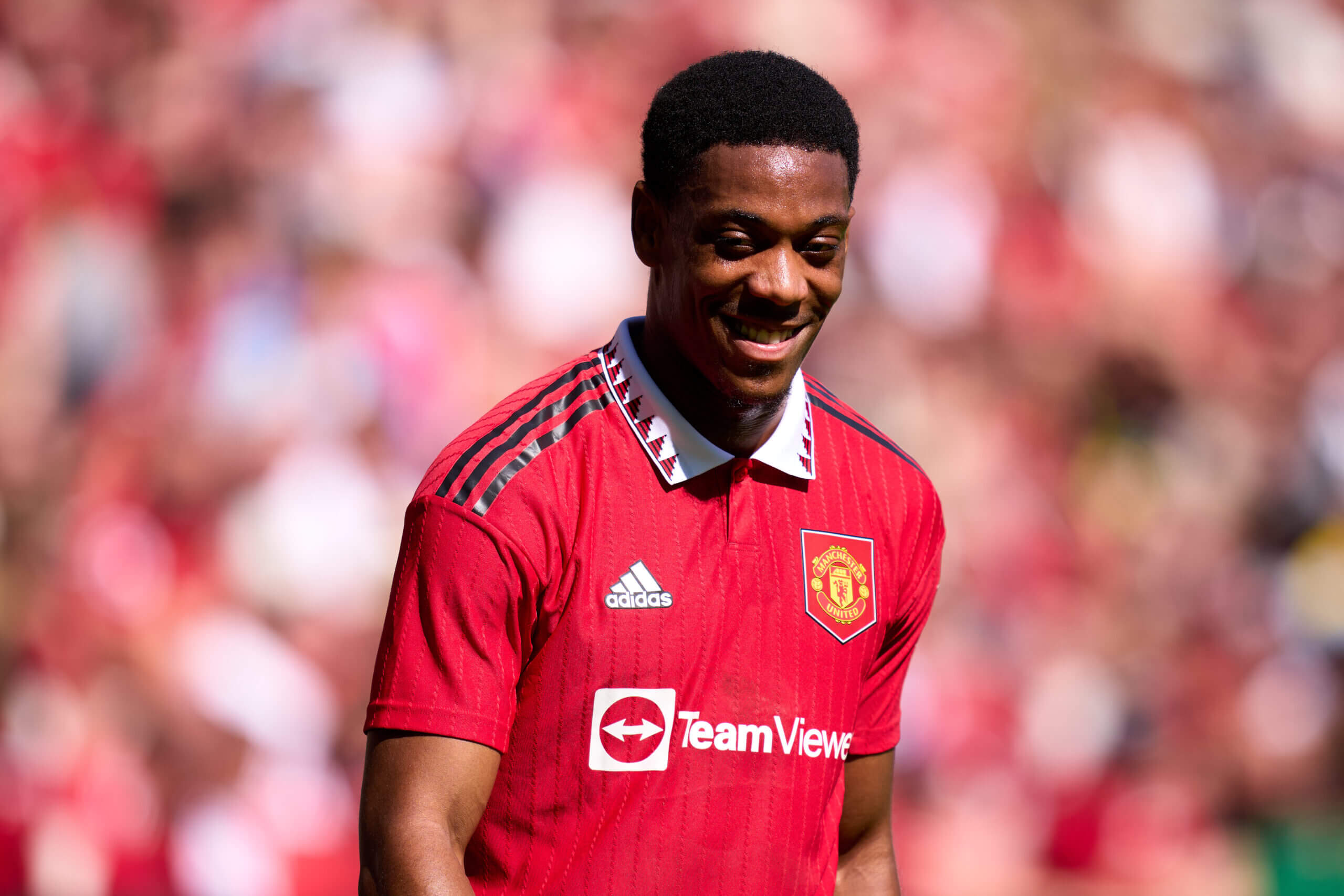 This is where ‘add-ons’ comes into the equation, and it is normally always proceeded by ‘potential’ or ‘including’.

To get the deal done and for Monaco to let one of their most prodigious talents leave, United had to agree to several clauses that could hit them in the pocket later down the line.

Monaco were entitled to receive three separate payments of £7.6m. But for that to happen, Martial had to score 25 Premier League goals, earn 25 caps for France and be nominated for the Ballon d’Or award.

The 26-year-old has ticked off the first two, although he is yet to be given the nod as one of the best players in world football.

“They are done to protect you against the success or failure of a transfer,” one intermediary explained when outlining why add-ons are now commonplace in most deals. “It is a way of saying to your owner, ‘We’ve got £20m, £15m is coming now, and we will get another £5m in add-ons’.

“As an agent, you will know whether a club will meet the asking price for a player, and if they won’t, then add-ons can be a good way to make it happen as they will often see the lower figure.”

Nottingham Forest raised eyebrows when they announced a £25m deal to sign Morgan Gibbs-White from Wolves earlier this month. It quickly transpired they would have to pay a further £17.5million, taking the overall package to £42.5m.

These clauses include appearances being met, Premier League survival and another payment should Steve Cooper guide his team into Europe.

“People used to add in clauses for winning the Champions League, even if the club they went to had spent the past 10 seasons finishing 14th,” said an agent.

“People see through that now. You used to be able to get those stupid ones in there because clubs used to be thick, and they wouldn’t think about the likelihood of that happening.”

The same intermediary highlighted Dele Alli’s transfer to Everton as an example of what not to do as far as add-ons are concerned. The England international was surplus to requirements at Tottenham and joined Everton on deadline day in February.

It was a two-and-a-half-year deal that would have been worth up to £40m if all of Alli’s add-ons were met. For every 20 appearances he made for Everton, Tottenham were due to receive £10m.

So, had he played 80 times for Frank Lampard, the argument goes that Everton would have had a player on their hands who had rediscovered their form, and Spurs received a transfer fee worthy of the 26-year-old’s ability.

As it was, Dele played 13 times for Everton and has been sent on loan to Turkish club Besiktas after it became clear Lampard was not going to use him this season.

“Dele Alli, for example, should not have gone to Everton on that deal because you are not giving them an incentive to play him,” said the agent. “You have to incentivise clubs, not make them think, ‘Oh, if we are already unsure about him, to play him a few more times is going to cost us £10m’.”

Dele’s camp, however, might argue the move was worth the risk given he was clearly not in Antonio Conte’s plans at Tottenham.

Football Leaks, a book by Michael Wulzinger and Rafael Buschmann, exposed a series of transfer deals.

One included Sergio Aguero’s switch from Atletico Madrid to Manchester City in 2011.

“If you are the selling club, and another team doesn’t want to meet your £18m asking price in one go, you may be creative and say, ‘OK, give us £15m up front and another £3m in add-ons’,” explains an intermediary. “That £3m could be made up with payments of £1m for every 30 games the player plays up to 90 games.”

Football Leaks released details of another City striker’s transfer, Wilfried Bony, signing from Swansea in January 2015 on a four-and-a-half-year deal.

It detailed how Swansea received a £25m fee and were entitled to £1m each time City won the Champions League up to and including the 2018-19 season.

In 2016 Bony was loaned out to Stoke for a season and was then sold back to Swansea in August 2017. During that time, City did not win the FA Cup or the Champions League, but they reached the semi-final of the latter in 2016.

Barcelona were to pay Liverpool £4.5m for every 25 appearances up to 100, potentially pocketing the Premier League club a further £18m. An extra £4.5m was due if they qualified for the 2018-19 Champions League and another £4.5m would have been due if they won the competition.

Those Champions League-related clauses were repeated for the 2019-20 campaign, meaning Liverpool could have earned £142m from the deal.

In total, Coutinho appeared 106 times for Barcelona and they qualified for the Champions League — but never won the competition — while he was at the club. He joined Aston Villa on a permanent deal this summer after an initial loan spell.

“It’s collaborative in the sense all three parties — the buying club, selling club and agent — all work on the add-ons,” said a well-placed source. “If you are working properly, you should be driving it to have ideas for what the add-ons should be.”

Another element worth considering concerning add-ons is how clubs account for them.

One well-placed source explained how they assess any potential add-ons that may need paying throughout the year and set aside a budget to ensure they can be met.

For example, if it is money owed to another club, they will include that in their overall player budget. At the same time, if it is income they could receive due to an add-on, then that is left out too.

So, if they were to buy Harry Kane for £100m and there were add-ons worth an extra £20m, then they would assess what they are each season.

If a payment of £5m is due when Kane scores 10 Premier League goals, then £5m will be added to their overall player budget for that year. There was an emphasis on doing this annually rather than budgeting for the hypothetical £20m as he can only score X number of goals once a season.

The idea of using add-ons — either as a buying or selling club — is not new, but they are seemingly becoming far more commonplace.

And if they are negotiated properly, then both teams — depending on the clauses involved — can benefit from inserting them into a deal.

(Editor’s note: All people interviewed in this article were speaking on condition of anonymity given their proximity to high-profile deals).

ظهرت المقالة Transfer add-ons: What are they and why are they used? أولاً على trend.

Made in France: the only recording of God Save the King to be had

Georgie Carroll: the 10 funniest things I have ever seen (on the internet)

Made in France: the only recording of God Save the King to be had

Georgie Carroll: the 10 funniest things I have ever seen (on the internet)

Spat at, abused and run off the road: why do some people hate cyclists so much?

2022 US Open: Serena Williams defeats Danka Kovinic in first round

A rioter with a rocking horse – Max Reeves’s best photograph

Jimmy Kimmel on justice department’s ‘special master’: ‘The whole thing is a distraction’

‘Butt-shakers and toe-tappers’: Ramsey Lewis brought jazz to the people