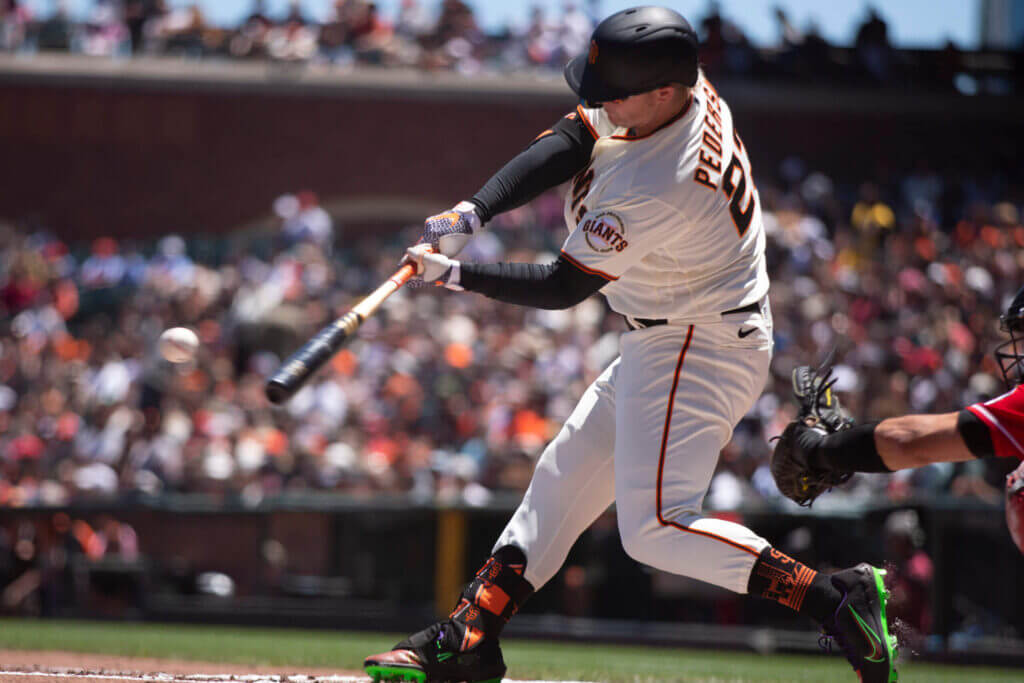 Pitching remains the priority for the Twins leading up to Tuesday’s trade deadline. It’s easy to argue their three biggest needs are a playoff-caliber starter, a late-inning reliever and another late-inning reliever. And one could make a pretty compelling case that adding a fourth pitcher would make sense before any help for a lineup scoring the AL’s third-most runs per game.

However, a recent string of injuries to Max Kepler (toe), Miguel Sanó (knee), Ryan Jeffers (thumb) and Alex Kirilloff (wrist), along with Trevor Larnach (core muscle) being on the injured list since late June, leaves the Twins without a large chunk of their lineup and looking particularly short-handed in the outfield corners.

Simply trying to keep things afloat for a while with the likes of Nick Gordon, Kyle Garlick, Gilberto Celestino and Mark Contreras seeing regular action in the outfield flanking Byron Buxton is an option if the Twins think they’ll have one or more of Kepler, Kirilloff and Larnach healthy relatively soon. But if not, adding a veteran corner outfielder to fill a stretch-run role could make sense.

There are two complicating factors. First, the Twins have such an obvious need for pitching help that trading assets to bring in offensive help seems misguided. Second, even if they’re convinced another corner outfielder is needed, that need is unlikely to extend past this season. There’s little reason to pay a premium for a corner bat who is under team control beyond August and September.

With that in mind, here are five impending free-agent corner outfielders worth acquiring — along with multiple pitchers — if the price is reasonable enough.

In need of reinforcements for an injury-wrecked outfield, the Braves picked up Joc Pederson as a two-month rental just before last year’s trade deadline, and he was productive down the stretch and into October. He signed with the Giants in March on a one-year, $6 million deal and was voted into the All-Star Game starting lineup, as much for his popularity as his good but not great first half.

San Francisco’s playoff chances have dwindled, and the 30-year-old impending free agent would be an obvious player to cash in at the deadline. Pederson has never hit lefties, but he is a career .238/.341/.492 hitter versus righties, including .250/.333/.509 with 15 homers this season, making him a potential platoon fit filling in for Kepler/Kirilloff. Complicating things: He’s on the concussion IL.

Trey Mancini is hugely popular in Baltimore, on and off the field, and it’s also no longer obvious the suddenly competitive Orioles are even sellers. But he’s a 30-year-old impending free agent on a team with its eyes on the future, and his right-handed bat could fit well in the Twins’ lineup even if/when some of their regulars return. (Mancini is expected to decline his 2023 mutual option.)

Unlike everyone else on this list, Garrett Cooper is under team control for next season as well, but his price tag figures to be modest given he’s a 31-year-old on the perpetually rebuilding Marlins and far from a household name even after making his first All-Star Game as a late replacement. He’s been strictly a first baseman this season, but Cooper has plenty of outfield experience, too.

Joey Gallo’s struggles in New York are well documented, and subtracting Sanó only to add another all-or-nothing slugger with an even lower batting average and an even higher strikeout rate might drive Twins fans crazy. Gallo is a textbook buy-low target almost sure to be moved by the Yankees, and unlike Sanó, he’s a two-time Gold Glove-winning outfielder.

None of that matters if Gallo is simply cooked, and that’s entirely possible after hitting .159 with 194 strikeouts in 140 games for the Yankees. But he’s not the first good player to flop in New York, and last season at this time Gallo was one of the deadline’s most sought-after targets. He was a two-time All-Star for the Rangers, hitting .211/.336/.497 with an average of 38 homers per 150 games.

A Joey Gallo homer cuts the Twins lead to 5-2 pic.twitter.com/nthS1qV73W

Two things to consider when pondering a reunion with Robbie Grossman, who played for the Twins from 2016 to 2018: He’s a vastly improved defender since then, going from awful to downright decent, and as a 32-year-old free-agent-to-be on a team 20 games under .500, he can likely be had for little in return. Of course, part of the reason he’d be cheap is that Grossman has struggled this season.

Grossman has batted .204/.312/.278 in 82 games for the Tigers, managing just two homers after a career-high 23 last season. His trademark plate discipline is intact, with 38 walks despite pitchers having zero reason to avoid throwing him strikes, but the switch-hitter has alternated average (April, June) and atrocious (May, July) months. He also had a 114 OPS in 2021 and a 128 OPS+ in 2020.