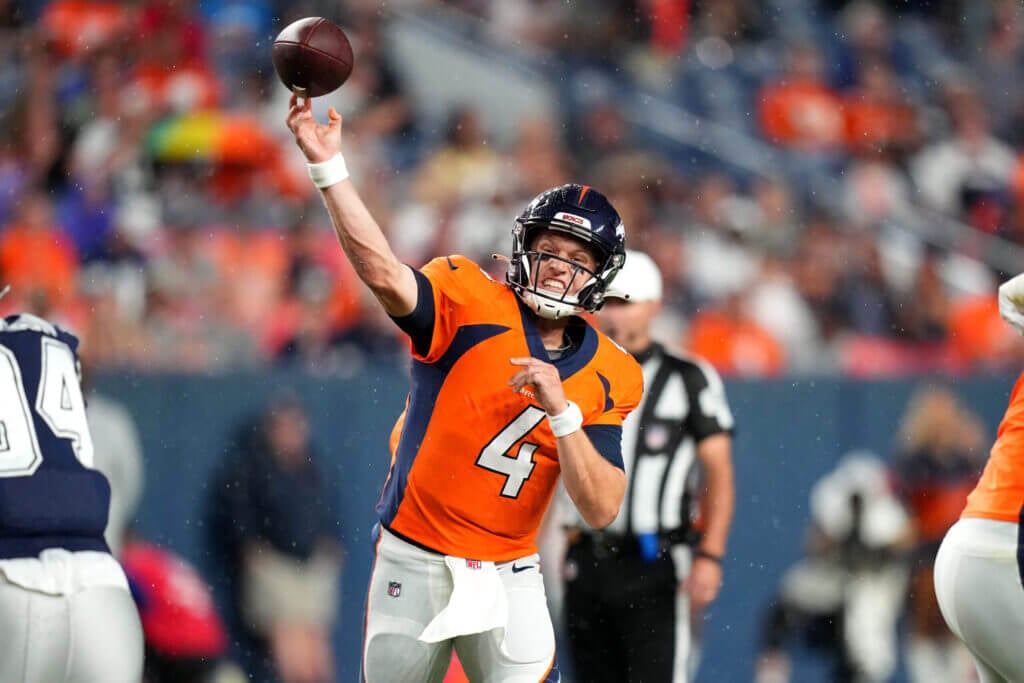 The Vikings and Broncos square off in the final preseason game for both teams. Neither team is expected to play its starters much and the two teams are getting the same odds on the moneyline.

Kirk Cousins hasn’t played yet in the preseason, and that’s not expected to change against the Broncos on Saturday. Other Minnesota starters are expected to sit as well.

Kellen Mond and Sean Mannion have split all quarterback snaps in the first two preseason games. Mond was relatively effective in the opener against the Raiders, going 9-for-14 for 119 yards and two touchdowns, but he was 10-for-20 with two interceptions against the 49ers last week. Mannion hasn’t thrown a touchdown or an interception in the preseason.

Russell Wilson’s first game action in a Denver uniform will likely have to wait for the regular season. Like Cousins, he hasn’t played this preseason. Also like Minnesota, Denver has had two quarterbacks share every preseason snap. John Johnson and Brett Rypien are battling for the backup job.

Rypien is expected to start against the Vikings, which he hasn’t done in the first two preseason games. Johnson will play the second half.

Minnesota is 0-2 in the preseason. Denver beat Dallas in Week 1, but got blown out by Buffalo 42-15 last week.

Where can I watch or stream the Broncos vs. Vikings game?

This game will air nationally on NFL Network at 9 p.m. Eastern Saturday. If you’re within the Denver or Minnesota viewing areas, it is available on local TV and can be streamed on Broncos.com or Vikings.com for free or on the team mobile phone app. You’ll need to be in team territory to watch on the team websites or apps. The game can also be streamed on NFL+.

What is the spread for Broncos vs. Vikings?

All odds from BetMGM. Click here for live odds.

Expert pick for Broncos vs. Vikings

I trust Denver’s quarterback situation a touch more than Minnesota’s. Sure, the Broncos got blown out in Buffalo, but Josh Allen played a drive and Case Keenum played much of the game. Keenum is far more accomplished than either Vikings QB the Broncos defense will see on Saturday. There’s no spread because the moneyline is -110 on both sides and I think Denver is a value on that side.