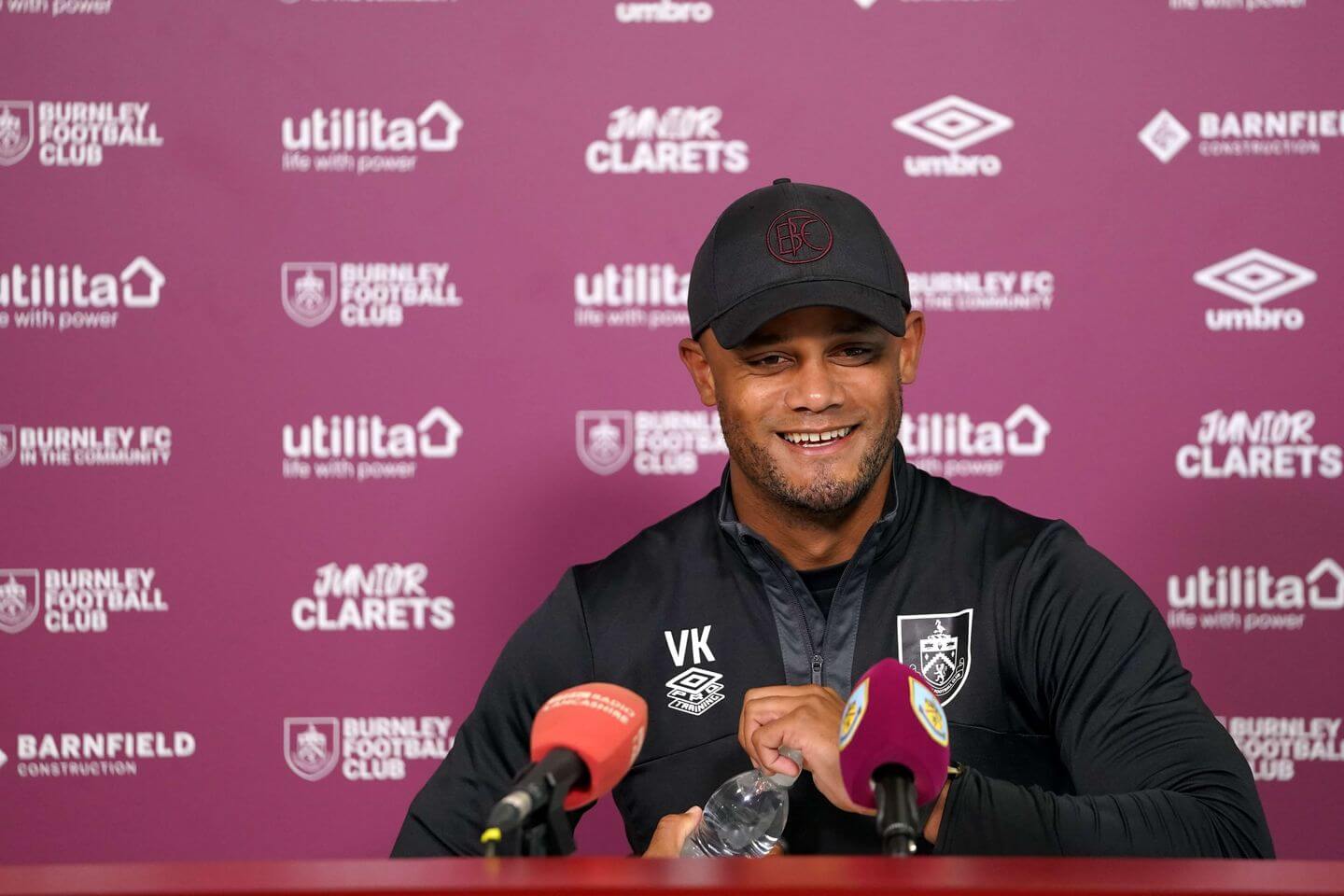 Vincent Kompany has insisted he is not fazed by challenges on and off the pitch at Burnley after revealing he has signed a “four to five-year contract”.

The former Manchester City captain was appointed manager earlier this month after leaving Anderlecht and admitted he had “different options” before being persuaded to take the Turf Moor hotseat.

Kompany must oversee a significant rebuild after a string of player departures as the club looks to adjust financially to the Championship, with the latest accounts revealing that a “significant portion” of the £65 million ALK borrowed from MSH Holdings as part of its leveraged buyout would be due for repayment in the event of relegation.

The new manager admitted there was an element of “uncertainty” heading into the new season — but insisted the club was in a “calm position”.

“I had different options so I did not need to come to Burnley specifically but we just started talking short-, mid- and long- term; the short-term problems the club is facing but the opportunities,” he said. “It was how open the chairman, the ownership and other people in the club where which convinced me to come.

“That is the hardest part, how quickly we can turn it around, especially when you have got new ideas and players coming in and a little bit of uncertainty, because it is like this when a club gets relegated and that’s normal.

“Because of the drop in potential revenues when you fall out of the Premier League you have to expect that some of your valuable players will need to move on, but we still have some experienced players and a depth of quality and we are looking forward to bringing in some exciting players.

“The short answer is the ambition is, as you come down, to go back up, but the reality is if it doesn’t happen we are in a very calm position because we know what to do with the debt and create value in the club.

“In terms of what I have seen the team do on the training pitch and how the team has been able to show the togetherness in the first few days, that’s one thing we will take from the previous season which will help us.”

Ben Mee, James Tarkowski and Nick Pope have all left the club, but Kompany confirmed reinforcements were on the way, with Arsenal’s Daniel Ballard understood to be among them.

“We are close to bringing in a few players,” Kompany said. “Hopefully in the next 24-48 hours we can make some announcements.”

Kompany spent two years as Anderlecht boss in his first managerial role, leaving by mutual consent in May having led the club to third in the Belgium top flight.

His first Championship test with Burnley will be against Huddersfield on Friday July 29.