Watford have had to deal with PR issues related to two strikers — young and old — this week. One whose name is synonymous with the club, Luther Blissett, and the other who hopes to make a name for himself at Vicarage Road, Shaq Forde.

In the case of Blissett, the club have arguably said and done too much. For Forde it’s too little.

On Monday morning, Blissett — the club’s record appearance maker and goal scorer — complained on social media that the club had gone ahead with the commission of a mural inside Vicarage Road under which the words ‘Honorary Life President’ were also painted.

Blissett claims that he is yet to formally accept the honour and is seeking further discussions about the details of the role. Watford announced earlier this summer that they had invited him to join former owner Elton John and the late Graham Taylor in taking the title.

He wrote: “As a legacy to Graham’s memory it would be a dishonour to simply accept a title and not be able to change club culture and what benefits you the fans. Contrary to PR I have not yet accepted the invite to be Hon VP to appease a few and compromise my beliefs and what I have with you all.”

In reply to one supporter who commented he explained further. “I am talking about upholding Graham’s legacy and history. Our DNA. Murals and online material for PR misleading fans on something not agreed does not reflect those values,” said the 64-year-old.

“To clarify, I’ve been waiting for a discussion. Very optimistic. But it was not prioritised. Discovered end of last week a great mural being done but with the title on. I asked for wording to be covered so fans were not misled at game. Was refused. Nothing even agreed yet a mural with the title done end of last week. To back me into accepting something not even discussed? Over enthusiasm? I and fans would have perceived a done deal this eve . What message does that send out on respect.”

In response, Watford acknowledged to The Athletic that Blissett hasn’t indeed formally accepted the offer of a title that they have bestowed on him yet. They do feel though, that as he hasn’t turned it down either they made the decision to name him accordingly for the time being.

Watford chairman and chief executive Scott Duxbury wrote in the matchday programme for the season opener against Sheffield United, “We added another of the club’s all-time favourites, Luther Blissett, to Elton’s name in the list of our Honourary Life-Presidents, and I look forward to further strengthening that relationship too.”

It’s expected that talks will take place to finalise next steps between the club and the former player.

On Forde, the club have had to admit to an administrative error.

When the official list of squad numbers was issued on Monday ahead of the game at Vicarage Road, the name of the Young Player of the Year from last season, was left off with no explanation given.

Sources close to the player were surprised that his name had been left off and weren’t given an explanation.

However, following contact from The Athletic, the club have confirmed that it was “an omission” and had been amended accordingly. Forde has been issued with the number 47 and the list has now been republished on the club’s website.

Forde signed his first professional deal last month, penning a deal for two years with an option for a further year. The situation may not have been so obvious if other academy players JJ McKiernan and Adian Manning hadn’t been given squad numbers. 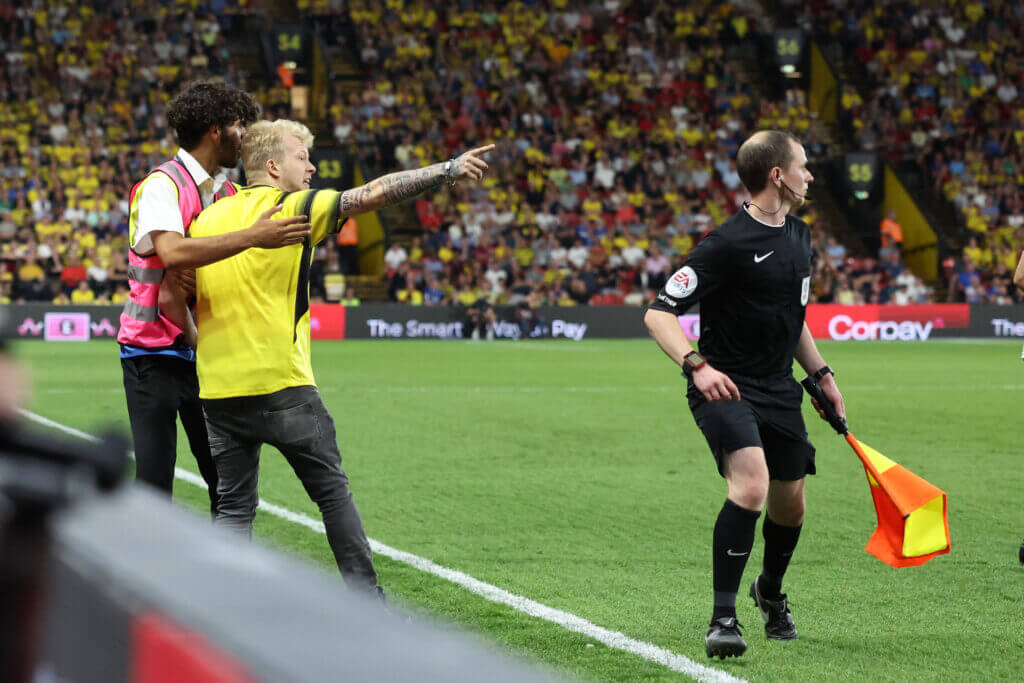 EFL to review referee report before looking into Watford stoppage

‘It felt so powerful’: how I was seduced by the UK’s far right | Far right