Paul Maurice’s departure from Winnipeg was sudden and left his assistants scrambling to take charge of a struggling team.

His pending arrival in Florida is marked with a similar shock.

There’s no way to discuss the Panthers’ new head coach without considering the circumstances of this decision. Andrew Brunette guided Florida to the Presidents’ Trophy and a playoff series win. These are strong accomplishments; under ordinary circumstances, they could represent the beginning of a successful head coaching career. The Panthers’ decision to hire Maurice comes in lieu of simply removing the interim label from Brunette’s title.

It is imperative, then, that Maurice makes the most of the incredible opportunity Florida has offered him.

The Panthers are well-built for multiple seasons ahead but have an especially strong window to contend next season. Jonathan Huberdeau’s $5.9 million AAV contract still represents tremendous salary cap efficiency for one more season. Aleksander Barkov’s big-ticket raise ($10 million AAV) kicks in but he’s at the height of his powers and Aaron Ekblad, Sam Reinhart, Carter Verhaeghe, Sam Bennett, MacKenzie Weegar and Anthony Duclair are all in their prime. Florida’s short-term cap efficiency and wealth of prime-aged talent suggest a team ready and incentivized to win immediately.

The team Maurice left in Winnipeg was not built as well as Florida is. Still, the Jets were expected to qualify for the playoffs, particularly after the offseason acquisitions of Nate Schmidt and Brenden Dillon on defense appeared to rectify the one issue haunting Winnipeg since Dustin Byfuglien’s 2019 departure. But the Jets missed the playoffs and while it’s true that interim head coach Dave Lowry deserves plenty of criticism for that, the team was already underperforming when Maurice stepped down in December.

The reasons for Winnipeg’s consistent failure to meet the expectations set by its roster quality are still being discussed in theoretical terms. Rumors of a fractured dressing room persist, particularly after several players called themselves out for a lack of accountability and a consistent failure to commit to a team game. Paul Stastny went as far as to say Winnipeg’s struggles came down to a lack of respect for one another — that Jets players sometimes focused too much on individual accomplishments at the expense of team goals. The extent to which Maurice should wear Winnipeg’s internal conflict is difficult to pin down but, from the outside, preferential treatment in the form of big minutes for star players like Mark Scheifele and Blake Wheeler — regardless of on-ice results — probably did contribute to friction within the Jets room. 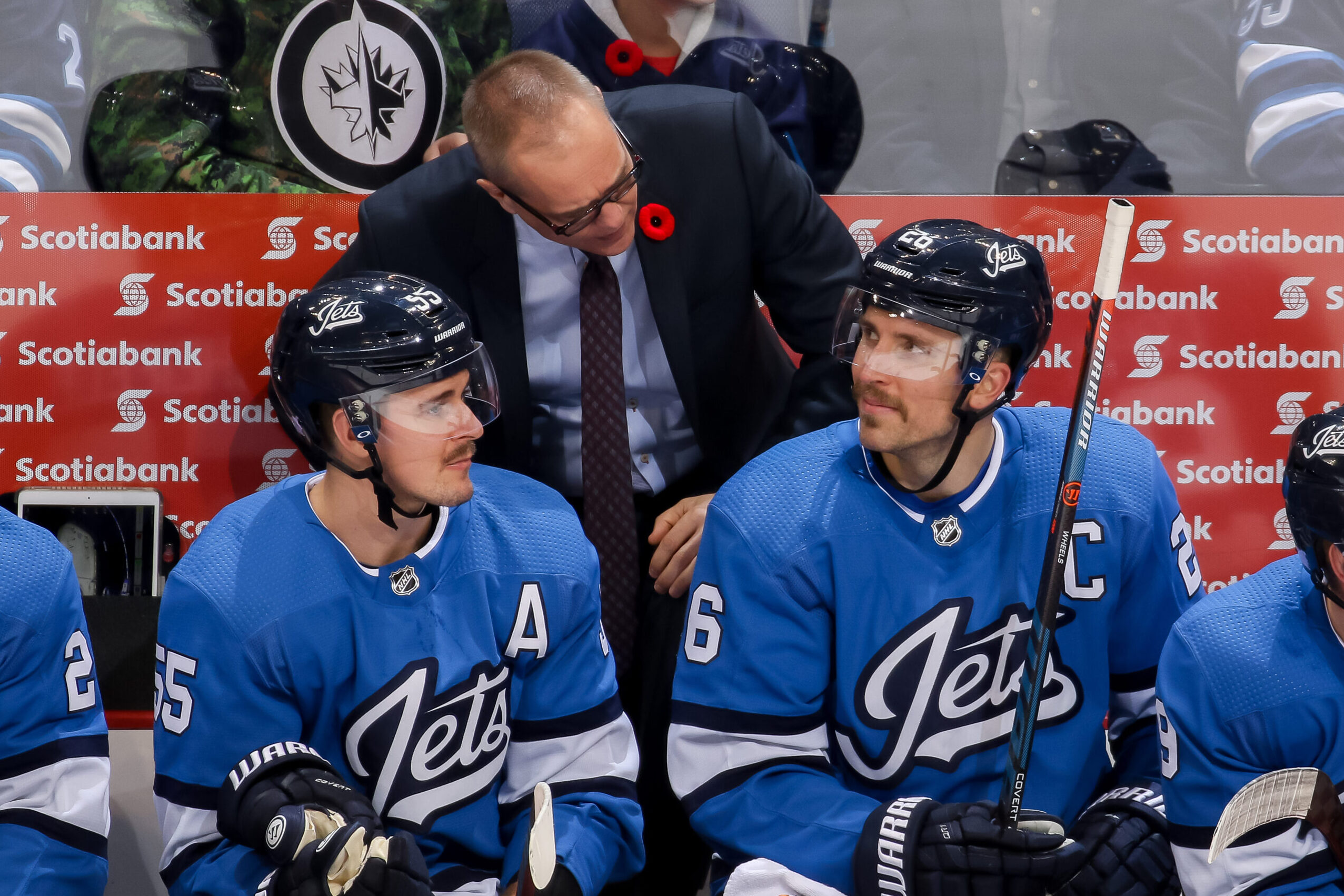 This brings us back to what Maurice can achieve as the Panthers’ new bench boss.

If his biggest failure in Winnipeg was to create a sense of 200-foot responsibility in his most talented players — Scheifele and Kyle Connor, chief among them — then that failure should be discussed in context. The best team Maurice ever coached was the 114-point, 2017-18 Jets. Wheeler was still close to his prime, driving play nearly as effectively as Barkov does today. Scheifele and Connor were scoring at an incredible rate, as they still do, and the Connor-Scheifele-Wheeler line delivered tremendous results in Winnipeg’s run to the Western Conference final. In context, handing the keys to the team’s biggest stars and leaving those keys in their hands — even despite flagging defensive results in the years that followed — can be understood. By playing Scheifele well above 20 minutes, by using Wheeler more than budding star Nikolaj Ehlers, and by committing to a top-six/bottom-six lineup structure that deployed Adam Lowry and Andrew Copp as a matchup-ready third line, I believe that Maurice overplayed his hand.

As the years went by and Winnipeg’s success evaporated, results did not favour those decisions. But there’s no denying it was a good hand to begin with; Winnipeg was well-worthy of its status as a contender in 2017-18 and most of 2018-19. If Maurice “overplays” Barkov and Huberdeau, Florida should be just fine. Such is the excellence of Barkov’s two-way play and Huberdeau’s ability to generate offense. It’s also important to recognize that Wheeler, Scheifele and other Jets leaders frequently cited Maurice’s ability to generate buy-in and keep his message fresh as a significant strength. His charisma and diplomacy are top-tier; Florida’s many prime-aged impact players will feel valued and motivated.

Maurice’s biggest test will be about adapting his systems to an already-great group of players.

Florida led the NHL in shots, goals and expected goals last season. Even Winnipeg’s very best teams played a much lower event style. Stifling forechecks were based on forwards making strong, aggressive reads and forcing passes to pinch points along the boards where defencemen could jump in and stop opposing breakouts. Strong defensive results were achieved by prioritizing offensive zone time, depending perhaps too heavily on a cycle game from the team’s stars.

The difference between those teams and what Florida can become is in the speed and variety of ways defencemen get involved in the rush. The Jets’ best teams depended on Byfuglien to join the rush as a fourth attacker, creating a second layer of attack in the neutral zone and helping Winnipeg outman its opponents four-on-three or better at the offensive blue line, but Byfuglien was unique. With Ekblad, Weegar and Gustav Forsling moving pucks as well as they do, the Panthers will need to play a more modern, transition-heavy, attacking game under Maurice than the Jets did. His challenge will be to improve the Panthers’ defensive play without sacrificing their league-leading offensive excellence.

The Panthers are such a good team that any new head coach should have the Stanley Cup within their sights. Maurice’s 2017-18 Jets were his best and rival the Panthers in terms of all-around quality. If Maurice arrives in Florida as the 2018 best practices version of himself, his ability to generate buy-in and earn the respect of his team’s most important players should guide Florida into the playoffs with ease. Whatever discontent he left behind in Winnipeg likely does not exist in Florida, where his top players are too talented and too well-developed to accept anything less at this point.

That said, Maurice doesn’t arrive in Florida with a Stanley Cup, a Presidents’ Trophy or a stunning run of recent success. If he’s going to be the answer so as to justify Florida’s path toward hiring him, he’ll need to show a more modern approach to attacking hockey, exploiting Florida’s many strengths without sacrificing what made the 2022 Panthers great. This opportunity is the next great challenge in a solid coaching career. It is not a slam dunk.